By Hassam Ahmed and Adnan Khan After a decade of war in the Middle East and South Asia the US has been building the groundwork for a shift towards the Asia-Pacific. In June 2012 the US Secretary of Defense  Leon Panetta, announced at a security conference in Singapore that, “the United States will keep six aircraft carriers in the Asia-Pacific region and will shift 60% of its warships to the region, over the coming years until 2020.”...
29th January 20135 min 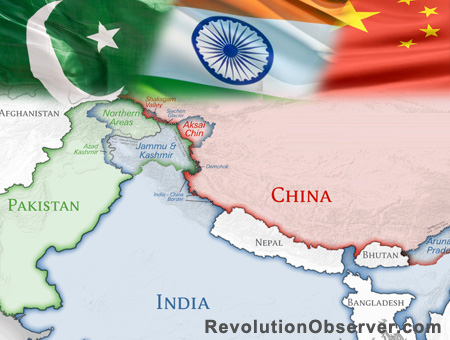 By Hassam Ahmed and Adnan Khan

After a decade of war in the Middle East and South Asia the US has been building the groundwork for a shift towards the Asia-Pacific. In June 2012 the US Secretary of Defense  Leon Panetta, announced at a security conference in Singapore that, “the United States will keep six aircraft carriers in the Asia-Pacific region and will shift 60% of its warships to the region, over the coming years until 2020.”  He explained that the “transfer of the US fleet comes in the context of the implementation of a new US strategy designed to raise the level of US military presence in the Asia-Pacific.”[1]
Whilst the wars in Iraq and Afghanistan have now lasted longer than WW1 and WW2 combined, the US believes it has brought the area under as much control as is possible and with China’s growing assertiveness in the Asia-Pacific this region now requires America’s serious attention. America’s focus towards the Asia-Pacific consists of the expansion of its political and defence relations with China’s neighbors and its aggressive military presence throughout the region. This has already included the US strengthening its relations with India and Japan, both traditional rivals of China.  America has also established several military bases in countries such as the Philippines and Australia.  The US has also promoted the development of the Asian-Subcontinent as a political entity, primarily by encouraging improved relations between Pakistan and India, as a means of protecting its interests in containing China.
The US strategy for the subcontinent is built around containing a future threat from China. For this the US is developing a number of nations around China to ensure the balance of power in the region never comes firmly in China’s grip. For the Subcontinent which borders China, the US has focused upon developing India as a rising regional power and turning India into a policeman for the region.
Since India’s economic opening in the early 1990’s America expanded its relations on a number of strategic areas with India, including defense, nuclear technology and the economy, and these relations have only deepened over the past two decades.  The sheer size of India demographically and now economically makes it an important power in South Asia. The US sees India as being key in counterbalancing China’s regional ambitions. In order for India to effectively play the role of regional policeman, its thorny relations with Pakistan would need to be settled as Pakistan consumes a significant proportion of India’s defence budget and policy making. It costs India nearly $3 million a day to maintain its military occupation of Kashmir![2]
America’s decade long presence in Afghanistan has seen it gain influence over multiple aspects of Pakistani society.  US diplomats directly engage with the Pakistani army, the Pakistan civil service, civil society as well as opposition parties, bypassing the civilian leadership.  US military aid to Pakistan and successive annual payments have been dependent on a number of region-wide demands with the aim of normalizing relations with India.  This has led to the Pakistani government giving India a status of MFN (Most Favored Nation).[3] American demands have also included the resolution of the Kashmir issue through accepting the LoC (Line of Control), that to this day, does not constitute a legally recognized international boundary, as the de facto border. This has been a long standing demand of India. Successive Pakistani governments have pushed numerous cultural programmes to normalise relations with India, including Kabaddi and Cricket matches.[4]
Ever since the start of the war in Afghanistan, America has played a direct role in Pakistan’s domestic politics.  The US orchestrated talks between General Musharraf and the late Benazir Bhutto when many viewed the General as a US lackey, earning him the title ‘Busharraf’.  The WikiLeaks cables further exposed collusion between the US and multiple Pakistani politicians on drone attacks and giving the US a permanent presence in Pakistan.  The US currently deals directly with General Kayani on Pakistan’s strategic issues, whilst Pakistan’s domestic politics is handled by the civilian government.
At a time when American global prowess is considered overstretched after a decade of war, and facing unprecedented challenges from China and Russia, South Asia and Central Asia will be a battlefield between the world’s powers.  Pakistan possesses one of the world’s largest armies, is one of few nations to possess nuclear weapons and has an indigenous defence industry which caters for much of the military’s needs. Despite this capability, successive Pakistani leaderships have failed to play a proactive and assertive role in the region and beyond and have become a mere vessel for US global plans.

Syria: Assad on the Defensive