By Abu Anas President Obama’s comment last Wednesday in which he stated that his administration does not consider Egypt as an ally, had many political analysts scrambling to unravel its meaning and what effect it had on the relations between the two countries.[1] Many questions were asked about the purpose of the president’s comment. Has there been a shift in US foreign policy towards Egypt? Is the US trying to apply pressure to further increase its...
20th September 20125 min 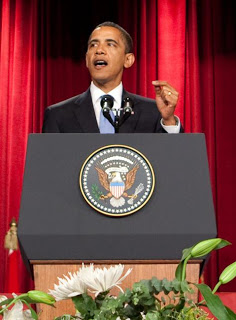 President Obama’s comment last Wednesday in which he stated that his administration does not consider Egypt as an ally, had many political analysts scrambling to unravel its meaning and what effect it had on the relations between the two countries.[1] Many questions were asked about the purpose of the president’s comment. Has there been a shift in US foreign policy towards Egypt? Is the US trying to apply pressure to further increase its grip on Egyptian affairs?
One should keep in mind the context in which that statement was made to understand what political objectives it may serve. The statement came as a response to the situation in Egypt after the anti-Islamic video surfaced in the Middle East and to the Egyptian government’s late condemnation of the protesters in front of the US embassy in Cairo. President Morsi waited two days before condemning the protestors’ behavior choosing instead to concentrate on critiquing the video that has insulted Islam’s holy Prophet (pbuh). Actually the Muslim Brotherhood, the liberal Islamist party that Morsi belongs to, announced right after the initial day of protests that they were planning a vigil in front of the US embassy.
It is important to note that President Obama’s statement came the day after Republican presidential candidate Mitt Romney unsuccessfully criticized the Obama administration’s handling and response to the incident and with the US presidential elections around the corner President Obama cannot afford to show any weakness in foreign policy. Romney tried to portray Obama as a weak president that is apologetic towards American values and Michele Bachmann, a former candidate for the Republican presidential nomination, also added more criticism of the Obama administration’s “policy of apology and appeasement.”[2][3]
Jay Carney, the White House’s press secretary, was quick to clarify Obama’s statement  stressing that the president used the word “ally” in its technical term which refers to a country that has a treaty with the United States. Victoria Nuland, the State Department’s spokeswoman, said that “Egypt is still considered a major non-NATO ally.”[4] Obama, forced to switch gears, decided to send 50 Marines to strengthen the security of embassies in Libya and Yemen in a gesture of acting tough.[5] He even made a “blunt” call to Morsi telling him that Egypt is responsible for the protection of the US embassy in Cairo, as the New York Times has reported.[6] The day after Obama’s call, the Egyptian president immediately criticized the events that happened at the US embassy at the European Commission in Brussels.
It should be clear to the political observer that a change of relationship between two countries doesn’t really happen due to such a protest in front of an embassy unless one of the parties is intending to create an excuse for such a change. Indeed this case between the US and Egypt is not an exception to this rule, a point that was reaffirmed by the White House spokesman Tommy Vietor who was quoted as saying, “Obama was not signaling any kind of policy change.”[4] Certainly, this is not a case of putting Egypt under pressure either, since the US already has a great relationship for decades with the real power broker in Egypt, the Egyptian army.
Obama’s statement should be totally understood as a domestic public consumption stunt used to deflect any attack from his rivals in the Republican Party. Egyptian president Morsi has the same internal concerns due to his Islamist political base that has one of the highest anti-American sentiments in the Middle East, where he had to balance his appeasement to US interest without losing his popularity within his constituency.[7] Obama’s concerns for his election had to supersede Morsi’s, which explains the change in the Egyptian position so quickly that even the Brotherhood had to cancel their planned vigil at the US embassy. Such an incident presents a stark contrast between a foreign policy of an independent country, the US, and one that has its foreign and even its internal policies dictated to it as in this case with Egypt and Morsi’s government.

Nasser of the Brotherhood

Can Europe Unite the FSA?