The EU and much of the Western media have watched in horror after weeks of Russian military build-up on Ukraine’s borders. But then Russia’s delivery of a surprising document would indicate Russia is seeking talks and guarantees rather than war

This article is an extract from the upcoming geopolity report ‘Strategic Estimate 2022.’ The full report will be published on 3 January 2022.

After weeks of Russian military build-up it would appear Russia has been gearing up for an invasion of Ukraine. The EU and much of the Western media have watched in horror as Russia has shifted significant military material and troops to the borders of Ukraine in what appears to be preparation for an incursion into the former Soviet Republic. Then at the height of the atmosphere of war, Russia delivered a surprising document to the US. The document was a proposal for a treaty agreement between the US and Russia. The proposal is extraordinary as Russia is demanding a limit to the deployment of US troops in NATO nations and wants to negotiate on it. This proposal came after Russia concentrated its forces around Ukraine’s borders, but it appears Russia is more interested in negotiations and guarantees rather than war.

For Russia Ukraine is a critical piece of real estate that successive Russian leaders have all seen as existential if not in Russian hands and control. Russia connects to many regions of the world via land borders so having buffers has historically been Russia’s method to defend itself. Expanding Russia’s borders and having buffer nations gives Russia the strategic depth it needs. Russia has been invaded each century for the past 500 years and despite the unlikelihood of this taking place today, Russia is not taking anything for granted. Ukraine’s Eastern border is less than 300 miles from Moscow. Russia’s agricultural belt is integrated into Ukraine and Russia’s energy infrastructure that transports energy to Europe mainly goes through Ukraine. Ukraine is essential for Russia to protect itself and from a Russian perspective its loss is existential.

The crisis in Ukraine today has its origins in the collapse of the Soviet Union in 1991. After the collapse of the Soviet Union, the US and Europe expanded East via NATO and the EU all the way to Russia’s borders. In some cases the US utilised colour revolutions to overthrow Pro-Russian leaders in former Soviet republics and when the Baltic nations all joined NATO and the EU, Russia’s worst nightmares were coming true. In 2014 the US and Europe jumped at the opportunity when an uprising in Ukraine eventually led to the overthrow of the Pro-Russia Viktor Yanukovych. The uprisings were supported by the West and Europe and the loss of Ukraine posed a major threat to Moscow.

Russia responded to the loss of Ukraine in early 2015 by utilising its naval presence in Crimea and annexing the peninsula and then carried out a referendum to legitimise its actions. Then Russia supported non-uniformed soldiers and militias to annex parts of the Donetsk and Luhansk territories in Eastern Ukraine. After this the Minsk and Normandy protocols were agreed between Ukraine and the pro-Russia rebels in the rebel territories. Germany, France and Russia oversaw this agreement which legitimised the actions Russia had undertaken.  After this the conflict in Ukraine became frozen with regular violent flare ups but Russia has been unable to advance its position and Ukraine supported by the US and Europe has also been unable to reverse Russia’s position. 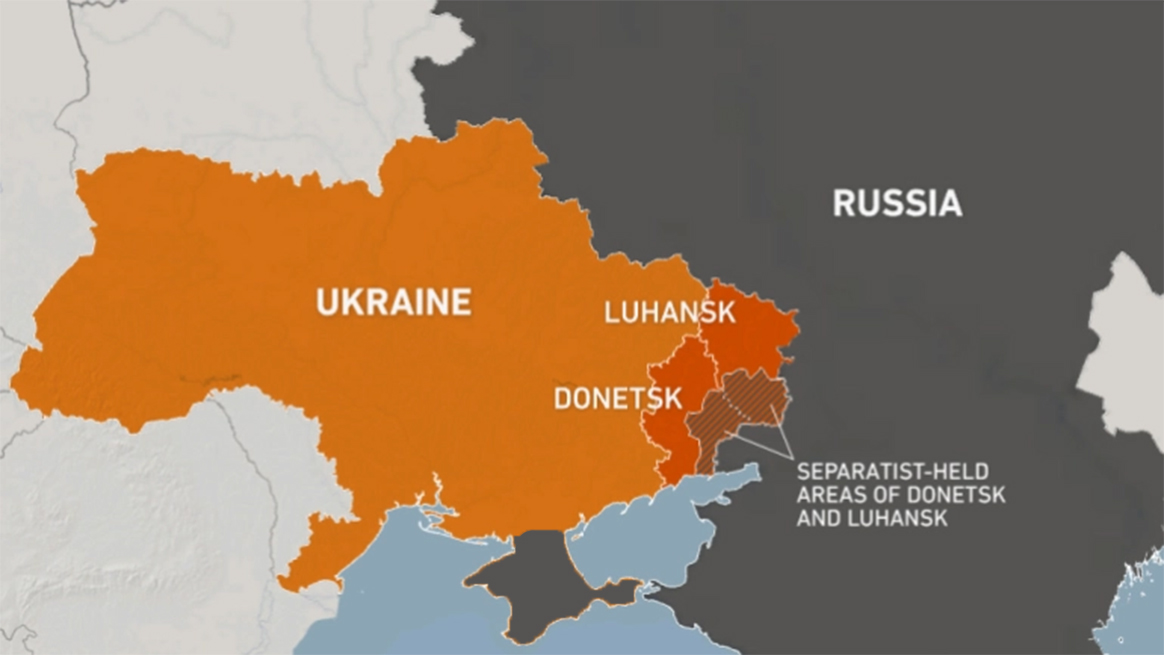 But over the years Russia has watched with worry as the West began to arm, train and provide aid to Ukraine Pro-West governments. In March 2021 NATO conducted a massive military exercise called Defender-Europe 21, one of the largest NATO-led military exercises in Europe in decades. The representative of Ukraine in the Trilateral Contact Group on Donbas, Alexey Arestovich, was very open about what these exercises were about: “A large-scale NATO exercise called Defender Europe 2021 has begun, which means “protect Europe. The scenario is that from the Baltic sea to the Black Sea, we are practising for, well, let’s put it directly, the war with Russia, the scenario of armed confrontation with Russia.”[1] Both Europe and the US have been gradually increasing military sales and exercises with Ukraine. The US had prior to 2021 sold hundreds of anti-tank Javelin missiles to Ukraine and announced a $125 million military-aid package, which included armoured patrol boats. Turkey also supplied the Ukrainian army with the same type of armed drones that proved decisive in Azerbaijan’s victory over Armenia in Nagorno-Karabakh in 2020 and in October 2021 Ukrainian forces used such a drone to destroy rebel artillery in the Donbass. In November 2021, Ukraine signed a treaty with the UK that would allow it to buy British warships and missiles.

A red line was crossed for Russia when NATO exercises with Ukraine began on the 20th September 2021 called Rapid Trident 21. What made these exercises unique was for the first time, service members conducted battalion tactical exercises of a multinational battalion with combat shooting in a single combat order. The Kremlin responded that any expansion of NATO military infrastructure into Ukraine would cross Russian President Vladimir Putin’s “red lines.”[2] It seems what really rattled Russia was the deployment of US ships and bombers to the Black sea. The Russian Defense Ministry described the deployment of the US warships USS Mount Whitney and USS Porter, which sailed into the Black Sea in early November, as a “threat to regional security and strategic stability. The real goal behind the US activities in the Black Sea region is exploring the theatre of operations in case of Kyiv’s attempts to settle the conflict in the southeast by force,” the ministry said.[3] Russia’s Defense Minister Sergei Shoigu said: “We are witnessing a considerable increase in the US strategic bombers’ activity near the Russian borders. Over the past month, they conducted about 30 flights to the borders of the Russian Federation, or 2.5 times more compared to the same period of last year,” Shoigu said to Russia’s Tass news agency.[4]

The NATO expansion is what has bothered Russia a great deal and Putin explained as much on the 30th November 2021. Putin stated that the expansion of NATO’s presence in Ukraine, especially the deployment of any long-range missiles capable of striking Moscow or missile defence systems similar to those in Romania and Poland, would be a “red line” issue for the Kremlin. Putin believed these missile-defense systems may be converted into launchers of  offensive Tomahawk long-range cruise missiles. According to Putin, “If some kind of strike systems appear on the territory of Ukraine, the flight time to Moscow will be seven to 10 minutes, and five minutes in the case of a hypersonic weapon being deployed.”[5]

It was after this that Russia began moving troops towards Ukraine and created an atmosphere of war. Satellite photos show from the beginning of December 2021 Russian forces were massing in four locations. 50 battlefield tactical groups were deployed, along with newly arrived tanks and artillery. Ukrainians officials believe Russia has deployed 94,000 troops to surround Ukraine.

Russia did something similar back in April 2021, it moved a similar number of troops, then against NATO when military exercises were being conducted, only for these troops to be drawn down as the episode led to the first Biden-Putin summit in Geneva Switzerland in June 2021. But the very public display of force is not the usual Russian way of going to war. Russia usually uses the element of surprise and secrecy when it goes to war as it did with Crimea and in Eastern Ukraine in 2015. Russia also has economic, energy and political leverage it can use to shape Ukraine and much of the West’s behaviour, which has been its usual tactics, even when it uses unconventional methods.

A number of analysts have highlighted that Russia is looking for talks and guarantees rather than war. In an article in November for the Valdai Club, a foreign policy forum with close ties to the Russian government, Mr. Timofeev said that a full-fledged Russian invasion of Ukraine was highly unlikely, in part because it could stir domestic discontent. Even if Ukraine will always be a higher priority for Russia than for the United States, he cautions, Western sanctions and military assistance would make a Russian invasion enormously costly. Rather than a wider war, he said, Russia’s military build-up is meant as a signal to the West of Russia’s extreme discontent with its expanding influence in Ukraine. “Ukraine is a field of strategic manoeuvring for bringing Russia back into a strategic dialogue, Putin is interested in the global level, not the regional one.”[6]

Russia is worried about NATO expansion into Ukraine and Russia’s borders and for this reason it moved its troops towards Ukraine and increased the hostile atmosphere. Russia then proposed a solution where the US gives guarantees not to expand NATO into Ukraine. Russia appears to be using the military build-up to force a negotiation in the hope that guarantees will be given to Russia over its buffer regions.

[6] Why Is Russia Massing Troops on Its Ukraine Border? – The New York Times (nytimes.com) 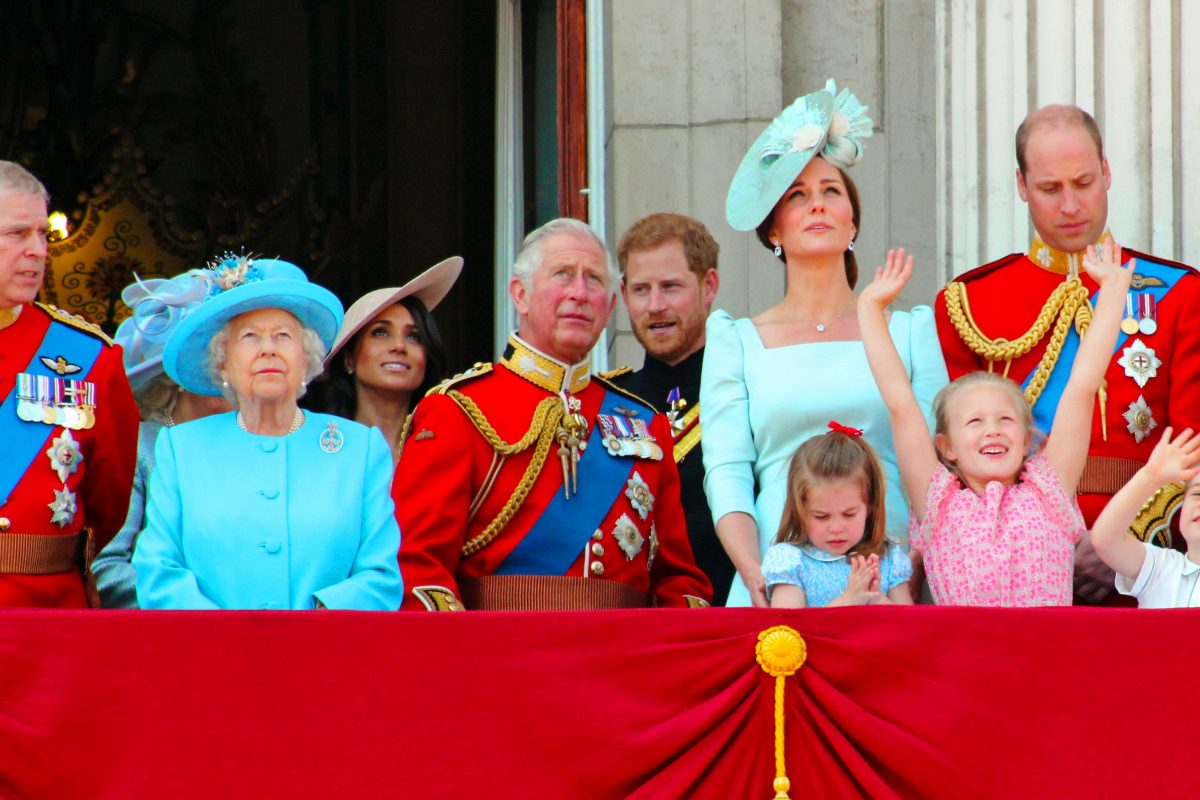