Today, exports make up roughly 25% of total global production, but the top exports can vary based on region
18th November 20204 min

By Dorothy Neufeld of Visual Capitalist 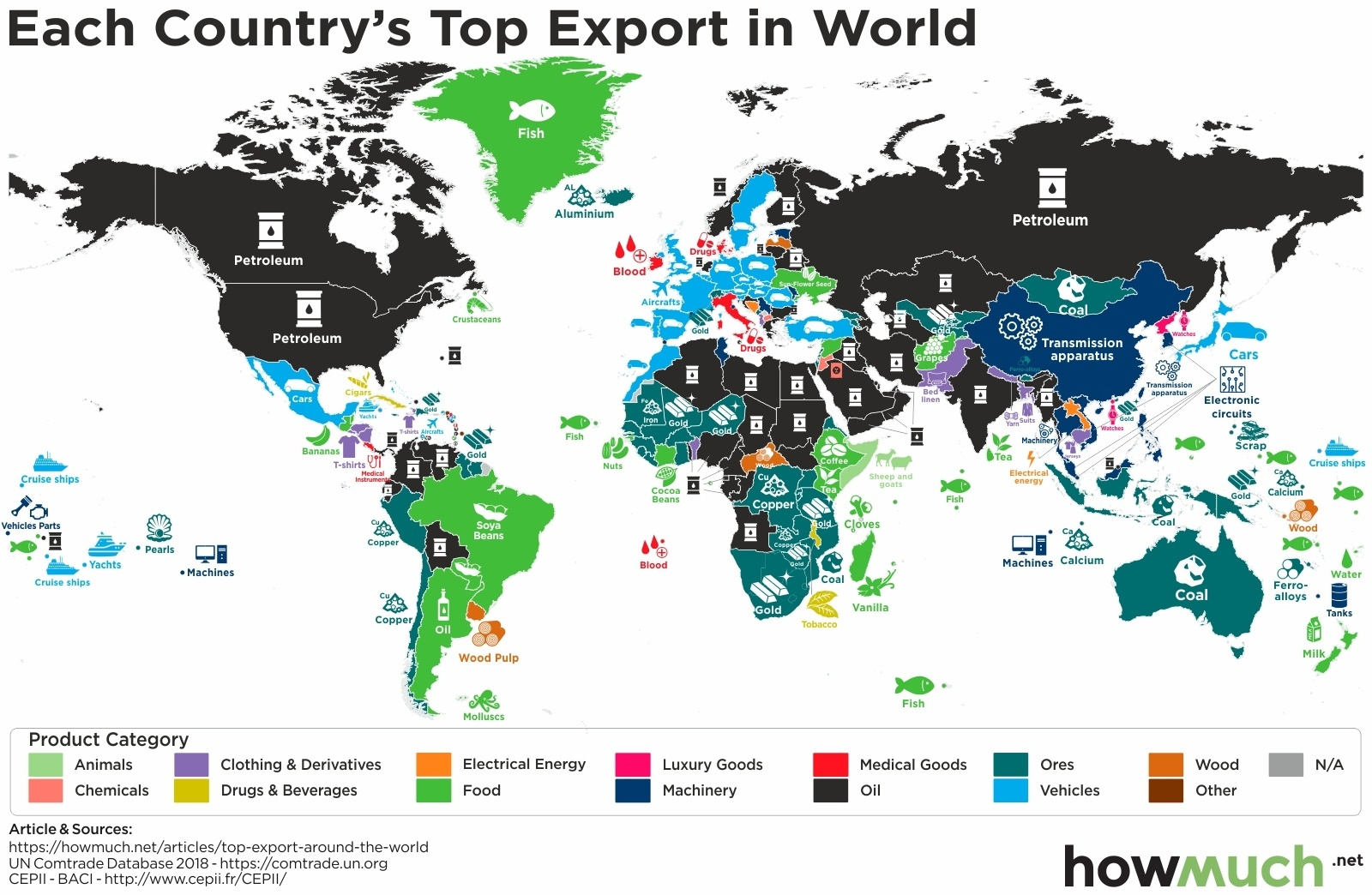 One of the common influences on these exports, unsurprisingly, is oil. In fact, petroleum is the top export across over 50 nations, and along with many other resource-driven materials makes up a sizable share of the global export market. Since 2000, the total value of all exported global trade of goods and services has tripled to $19.5 trillion.

This infographic from HowMuch.net shows the top export in every country by value, according to the most recent global data from 2018.

Let’s dive into some particular regions, to see how top exports can vary: 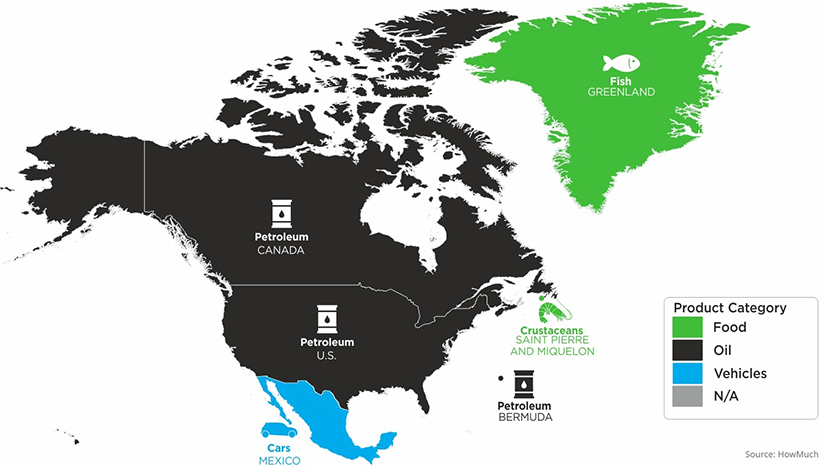 In the U.S. petroleum outpaces all other exports, with crude oil accounting for 35% of total petroleum exports. Canada too, lists petroleum at the top.

With a market valued at $50.7 billion, Mexico’s top export is cars—making it the fourth largest exporter worldwide. 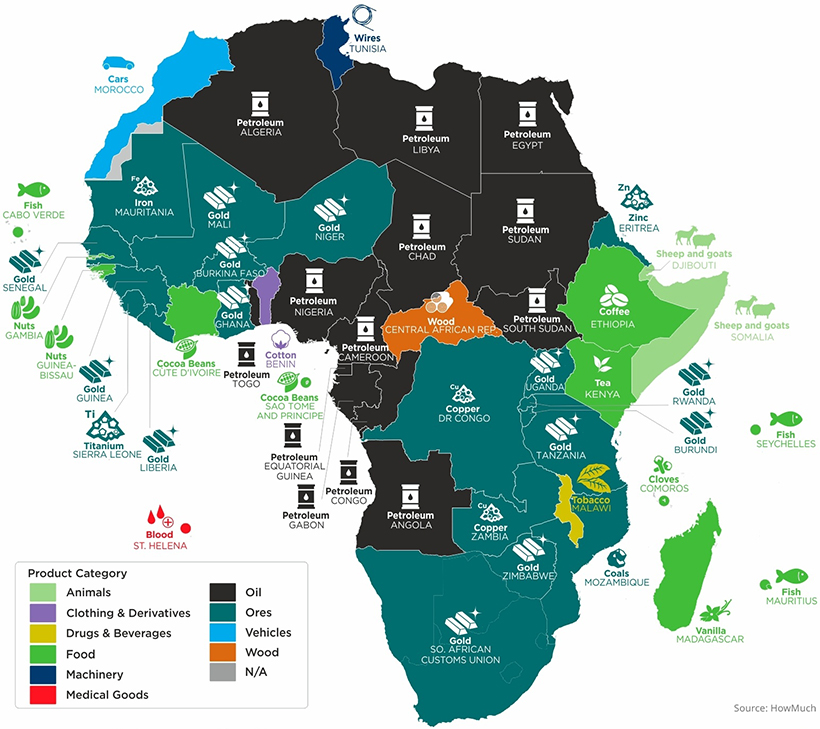 From Egypt to Senegal, Africa has a diverse spectrum of exports. Primarily, these are resource-driven, with the top five exports being petroleum, gold, diamonds, natural gas, and coal. 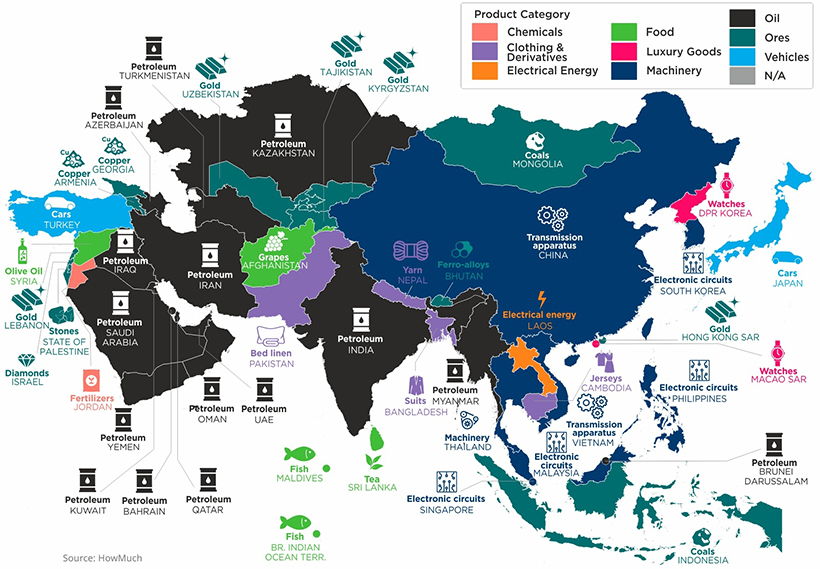 While petroleum is also a dominant export across many countries in Asia, the region’s export landscape is a lot more tech-focused.

In South Korea, electronic circuits are the largest export. Samsung, headquartered in Seoul, is a major supplier to Apple for multiple electronic components. With one of the highest export ratios in Asia, 40% of South Korea’s economic output is derived from its export market.

Here are the top exports across other Asian countries.

In Afghanistan, grapes are the top export, valued at $237 million. Almost one-fifth of Afghanistan’s exports come from the grape industry. 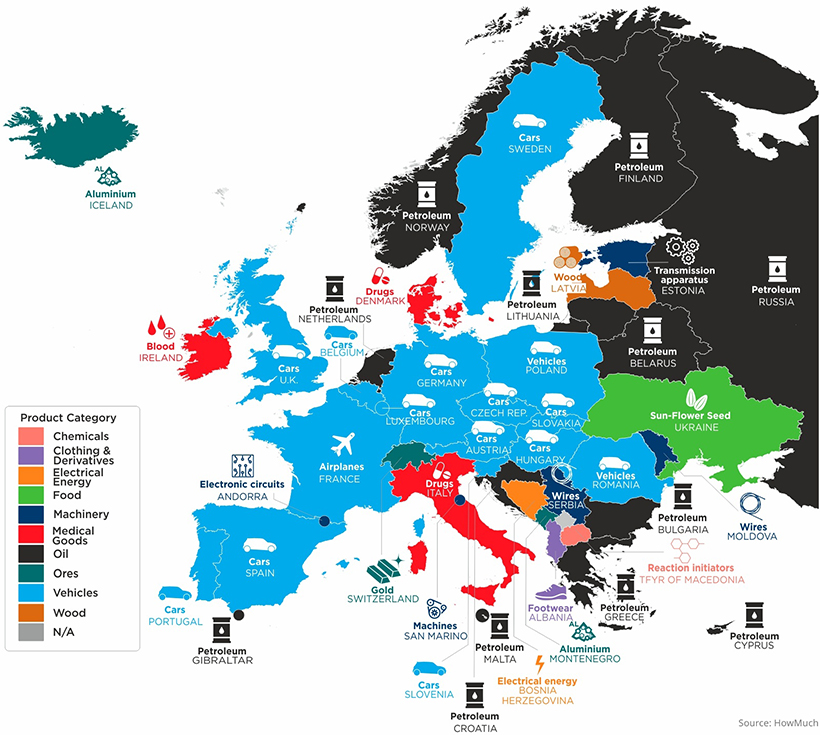 Across the European continent, the automotive industry stands out as a primary driver of exports, with 14 countries having cars or vehicles as their most exported good.

The Balkan nation of Albania has footwear as its top export. Overall, nearly 80% of the nation’s GDP relies on goods and services exports.

France, on the other hand, has airplanes as its highest export while Italy and Denmark’s highest are drugs. Italy is the top producer of pharmaceuticals in Europe, an industry which employs 66,500 across the country. Globally, it makes up 2.8% of pharmaceutical sales.

Due to its cheap electricity prices, companies have flocked to Iceland to produce aluminum. Iceland’s dams, which generate power from glacial water, produce electricity as much as 30% cheaper than in America. 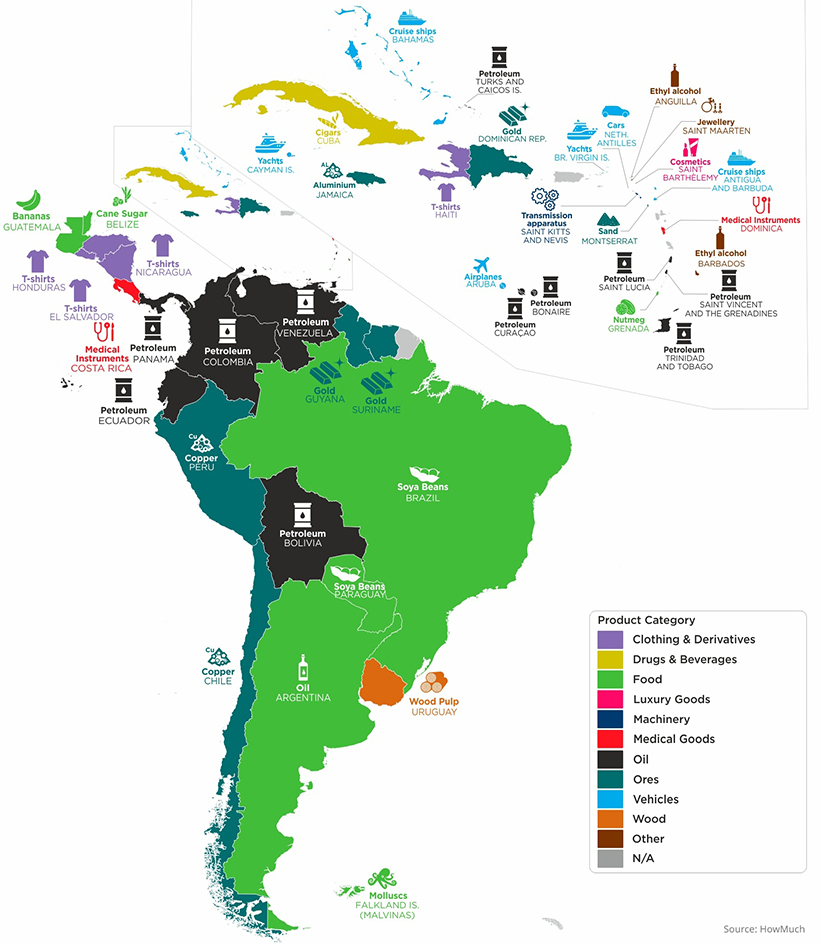 Like other regions, petroleum stands out as a key export in countries across Latin America.

Take Venezuela. With the largest oil reserves in the world, its oil exports were valued at $90 billion annually ten years ago. Since the pandemic, however, earnings are projected to reach just a fraction of this total—only $2.3 billion this year.

Along with this, the U.S. has imposed sanctions on president Nicolás Maduro and Venezuela’s state oil company, PDVSA, causing oil exports to slump to their lowest point in nearly 80 years.

For Caribbean nations, unsurprisingly, many top exports in this region are linked to tourism.

Cruise ships stood out as a primary export in the Bahamas, while yachts were most significant in the Cayman Islands. However, due to the pandemic, many of these national economies are at heightened risk, with some economies across the region projected to contract 10% in 2020. 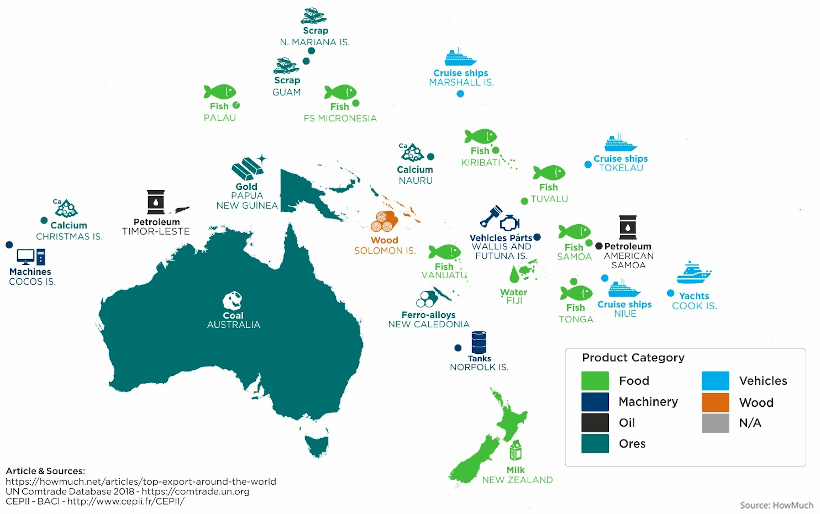 Finally, in Oceania, Australia had coal as it’s top export in 2018 (though it has since switched to iron ore in 2019), while New Zealand sends milk abroad.

For many of the smaller islands throughout the Pacific, it can be seen that fish, cruise ships, water, and yachts are key exports.

The Future of Trade

Now, COVID-19 and a host of other factors are changing the way the world trades. Unexpected shocks, trade wars, the carbon footprint, and labor standards are influencing firms to build more resilient supply chains.

According to The Economist, it’s estimated that over the next five years that 16-26% of exported goods production could shift locations.