By Adnan Khan On Friday 11 February, President Bashar al Assad vowed to retake the entire country in an interview in Damascus.[1] Just a few months ago in the same city al-Assad was giving speeches begging for the international powers to help and intervene as the rebel groups began launching attacks on the Alawi stronghold of Latakia, with Damascus, the seat of the regime in their sight. Al-Assad’s fortunes have clearly changed in those few...
16th February 20167 min 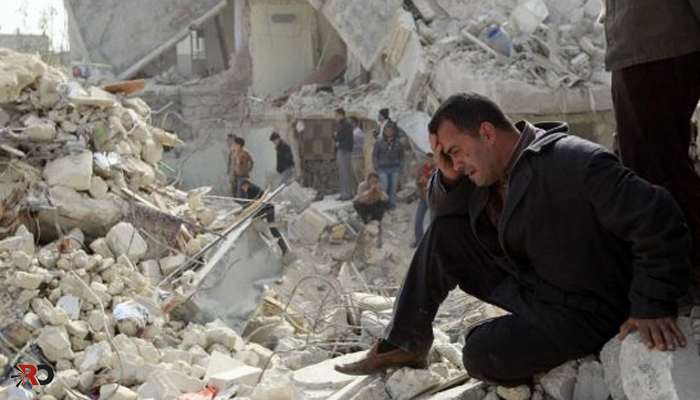 On Friday 11 February, President Bashar al Assad vowed to retake the entire country in an interview in Damascus.[1] Just a few months ago in the same city al-Assad was giving speeches begging for the international powers to help and intervene as the rebel groups began launching attacks on the Alawi stronghold of Latakia, with Damascus, the seat of the regime in their sight. Al-Assad’s fortunes have clearly changed in those few months, but his arrogance comes from the fact that Aleppo, the country’s largest city and economic hub is virtually surrounded by forces loyal to him who have begun the onslaught to defeat and ultimately destroy the uprising. An unnamed US defense official told The Daily Beast that “the war is essentially over” if Assad manages to seize and hold Aleppo.[2] Analyzing the battle for Aleppo there are four developments that have allowed al-Assad to change the tide in his favor.

Firstly, the Russian intervention that began in October 2015 when Bashar was at his weakest halted the rebel advance and dealt a severe blow to the rebel groups. Regime forces supported by heavy Russian air cover and Iraqi Shi’ah militiamen mounted multiple offensives against the sparsely-populated opposition-held villages around Aleppo City. This air support pursued a scorched-earth policy which destroys an area and pushes people out. These indiscriminate strikes by Russia drew rebel fighters out of Aleppo City and fixed them in a battle of open terrain that allowed the al-Assad regime to fully-utilize its advantages in armor, airpower, and artillery. The loss of fighters weakened opposition defenses against regime forces when they began to surround Aleppo city. A resident of Aleppo described the situation as follows: “the Russian airstrikes are trying to completely destroy the area before they get on the ground and start the siege. The bombing campaign was hitting both morale and food supplies.”[3] Russia filled the gaps in capability of the al-Assad forces and its indiscriminate air attacks allowed militia ground forces to push back rebel forces in Idlib and allowed them to make gains all the way to Aleppo.

Secondly, the truces between the different opposition and rebel groups with the regime have clearly been used by the regime to prepare the ground for its assault on Aleppo. All of the truces from the very beginning of the uprising in Syria have led to the regime to use them to expand its influence elsewhere and then then completely disregard the truce agreed. Al-Assad signed a number of truces since 2011 and eventually revoked them, such as the Kofi Annan truce in April in 2012, the Lakhdar Brahimi’s truce during Eid al-Adha in October 2012, the truce of Barza neighborhood in January 2014, and the truce of Qaboun neighborhood in September 2014. The Zabadani truce required the signatories to leave for Idlib and in the Al-Waar truce the agreement required the people to move to Idlib. Similarly the truces in Zabadani and Madaya required the people to leave for Idlib. The Al-Waar truce in December 2015, stipulated the exit of the opposition gunmen from the neighborhood towards Idlib, thus clearing the fighting in Homs and giving the cradle of the uprising completely back to al-Assad. With the opposition and many of the groups in Idlib this area was hit the hardest by Russia’s air forces and paved the way for the al-Assad regime to deal them a fatal blow and clear the route to Aleppo, which has now been circled by the regime. The truces from the side of the rebels has been a strategic blunder that in the end has aided the regime immensely.

[pullquote align=”right” color=”” class=”” cite=”” link=””]The truces from the side of the rebels has been a strategic blunder that in the end has aided the regime immensely.[/pullquote]

Thirdly, both the Syrian regime and Russia have received complete cover in their crimes from the West, despite their rhetoric to the contrary. Whilst the US and Russia criticize each other the US has done nothing against the Russian targeting of civilians and rebel groups in IdIib and Aleppo. It is quite clear after months of bombing Russia in not targeting ISIS, but the rebel groups that were on the verge of inflicting a serious defeat on the al-Assad forces in Latakia and the Al-Ghab plains.[4] But the US has done nothing, physically, against this Russian onslaught as they are both on the same side with regards the weakening and the ultimate destruction of the rebel opposition. US secretary of state, John Kerry in the Vienna conference in December 2015 began the road map to eventually create a transitional government in Syria though a moderate opposition entering into government with the al-Assad regime. The rebel groups in Aleppo stand against this and their removal is essential to execute this road map. This is why America has paid lip service to Russia’s onslaught in the north of Syria as its serves its agenda. Al Jazeera highlighted, when interviewing a resident of Aleppo: “At the start of the con­flict, the US pub­licly stood against (Syr­ian Pres­i­dent) Bashar al-Assad. But at the same time they kept mak­ing false promises to the oppo­si­tion. And now their true posi­tion is out in the open. The US is not stand­ing against Assad. They are accept­ing him on the nego­ti­at­ing table and con­sider him the leader.”[5]

Fourthly, ISIS has played a central role in weakening the rebel advance and the current encirclement in Aleppo. ISIS since the day it emerged in Syria has been taking over territory that was won by the rebel groups from the al-Assad regime. Jane’s intelligence confirmed in a detailed study that over 60% of ISIS operations were targeted at other rebel groups, a mere 13% were targeted at the regime.[6] ISIS tried on many occasions to capture Aleppo and make gains in Idlib, despite these being under rebel control, despite always losing, this cost the rebel groups, reportedly 7,000 fighters.[7] The rebel groups in the north of Syria have had to face attacks from ISIS in the East, regime forces in the South and now Russian air attacks, alongside Iranian militia from all sides of the country. ISIS have weakened the rebels to the point that al-Assad and the Russian military contingent have provided ISIS with air cover. The al-Assad regime provided air cover to an advance by ISIS against opposition groups north of Aleppo.[8] Russia has similarly had no problem working with ISIS, the Foreign Policy website exposed that Russian engineers continue to work at the Tuweinan gas facility, which is 60 miles southwest of the ISIS de facto capital of Raqqa. “IS allowed the Russian company to send engineers and crew in return for a big share in the gas and extortion money.”[9]

Just a few months ago the al-Assad regime was struggling against the rebel onslaught. Today with significant external physical help it has been able to turn the tide. On the political side it has received all the cover needed to justify its existence and even strengthen its case to remain in power. The battle for Aleppo will have a major impact on the overall conflict in Syria, but there is still a way to go for a decisive outcome. Al-Assad’s forces have taken over many towns in the past 5 years, but found it much easier to conquer towns then to maintain its occupation and maintaining the occupation of Aleppo will require urban conflict, which would work to the strength of the rebel groups. As we approach the fifth anniversary of the uprising in Syria, the battle for Aleppo may very be the defining moment in the demand for real change by the people of Syria.

The American Plan to Divide Syria