By Adnan Khan With Russia well into its third week of pounding targets in Syria, anyone would be forgiven for thinking World War 3 has come to Syria as it now has all the world and regional powers involved. What is very clear after three weeks is Russia is not targeting ISIS but the rebel groups who have been defeating Bashar al-Assad’s forces in Hama and Idlib. The rebel groups have been able to...
20th October 20156 min 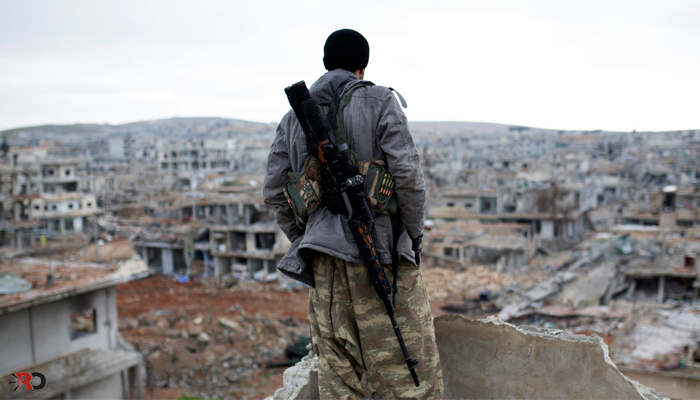 With Russia well into its third week of pounding targets in Syria, anyone would be forgiven for thinking World War 3 has come to Syria as it now has all the world and regional powers involved. What is very clear after three weeks is Russia is not targeting ISIS but the rebel groups who have been defeating Bashar al-Assad’s forces in Hama and Idlib. The rebel groups have been able to adapt to the changing battlefield scenario and maintained coordination that has led to regime forces to shrink from over 300,000 troops to below 150,000 due to defections, deaths and loss of limbs. Despite the regime giving up on regaining large tracts of Syria, a rebel victory appears to be a distant prospect for the moment. However the rebels have successfully faced-off against regime forces and any victory will require them to continue to build upon their strengths which has allowed them to remain in the battle for Syria.

The rebels utilised asymmetric tactics in order to face-off with regime forces utilising their advantages. Rebel forces didn’t need to match the security forces’ numbers or firepower as they forced the regime to fight them all over the country at the same time. This allowed the rebel forces to take advantage of their superior mobility. Due to this the Assad regime had to make the hard choice of retreating from the countryside and only holding the main cities of each province. This eventually led Bashar al-assad to give up the whole north of the country by the end of 2014. The rebels used this weakness and launched continuous campaigns on smaller towns until they carved up large liberated regions on the outskirts of the main cities. The aim was to achieve a safe-haven where they could organise and train and therefore have a launching point for future offensives. In the Northern provinces of Aleppo, Idlib, al-Raqqah and al-Hasakah, the rebels swept across from the Turkish border down towards the major cities. In Idlib, the offensive came from the southern part of the province in Jabil az-Zawiya, where the rebels had a stronghold since the beginning of the revolution. Despite the regime’s massacres and sieges, they were unable to counter such tactics by the rebel groups

The unity and coordination between the multiple rebel groups allowed different rebel groups to strike the military from all sides. Despite differences between some rebel groups the differences in the early years never reached the level where the capabilities of the rebel groups was affected.  But after a number of years as the battle reached 2 years this cohe­sion was chal­lenged by inter­nal dif­fer­ences. The Islamic State of Iraq and Sham (ISIS) severely affected this cohe­sion with their pri­or­ity of gain­ing ter­ri­tory rather than fight­ing the regime. As ISIS began launch­ing an increas­ing num­ber of attacks against any rebel ­group the group became a tar­get for the other rebel groups. It was this infight­ing that led to the regime solid­i­fy­ing its gains in some parts of the country. As the rebels are strug­gling to top­ple the al-Assad regime no blue­print or vision for the post al-Assad land­scape has evolved. This is under­stand­able from many aspects as the crack­down from the regime has been bru­tal and leaves lit­tle dis­cus­sion of what will hap­pen after­wards. This strat­egy has how­ever been a recipe for dis­as­ter in other coun­tries such as Afghanistan and Egypt and has fueled civil war amongst fac­tions who may have worked together to over­throw a regime. Hizb ut-tahrir the global Islamic polit­i­cal party pre­sented an Islamic con­sti­tu­tion to numer­ous brigades in Syria call­ing for them to unify amongst each other on the basis of Islam and work towards estab­lish­ing the Khi­lafah as a post-Assad system.[1] Hizb ut-Tahrir has been able to get a num­ber of brigades to sign up to such agree­ments and its work con­tin­ued to unify the var­i­ous brigades and fac­tions around estab­lish­ing the Khi­lafah with a con­sti­tu­tion based upon Islam.[2] Uni­ty amongst the multiple rebel groups has been one of the key factors that has allowed them to weaken the al-Assad regime and despite some differences many rebel groups continue to work together for the same aim of overthrowing the regime.

The rebel strength has been in their ability to continually bleed the regime through forcing them to fight for territory and then overstretching them. As Bashar’s army was his trump card he could only gain victory in the long-term if he had enough reliable soldiers. The Syrian air force can retaliate for losses of territory, as they have done with Idlib and Jisr al-Shughour with barrel bombs, chemical weapons and indiscriminate bombing raids. However, bombings alone cannot reclaim territory. The Syrian military is having problems putting enough men on the battlefield as rebels continue to face-off against the regime, without giving them any respite. The regime tried to fill in the cracks with Iranian soldiers and Hizbullah fighters, but they also faced the same fate. As matters stand the economic situation in Syria is dire for the regime as it has a support base to maintain. External help in the form of soldiers, aid and military equipment is what is keeping the regime in the battle, but this is an unsustainable position.

To a large degree it is somewhat of a miracle that an insurgent force has survived after 4 years fighting an army which outnumbers it, who not only has  more of every category of weapons but has heavy weapons that are not available to the rebel groups. Much of the rebel focus has been internal in facing off against the regime at the expense of any external call or message. The rebel groups have not made a call the Muslim armies in the region or a call to the rulers to fulfill their obligation to the oppressed. This would be quite unique and create public opinion against the rulers who currently are more interested in implementing the western agenda rather than sending in their armed forces that would make the difference. Bashar and the rest of the world has been shocked at the adaptability of the rebel forces who continue to bleed the al-Assad regime after so many years. However, in order for the rebels to succeed they will need to plan for a long and protracted battle that would bleed the regime to death.

Russia, Bashar and the Crumbling Army

Afghanistan: The Longest war in US History