By Muhammed Ubaid The recent Russian intervention in Syria comes at a time when the Bashar al-Assad government appears to be at its weakest. Despite al-Assad killing over 200,000 of his own civilians and displacing millions, he has failed put down the rebellion. His armed forces that played a central role in laying sieges upon towns and cities has shrunk to almost half its pre-war size and for the past year has struggled to protect...
30th September 20156 min 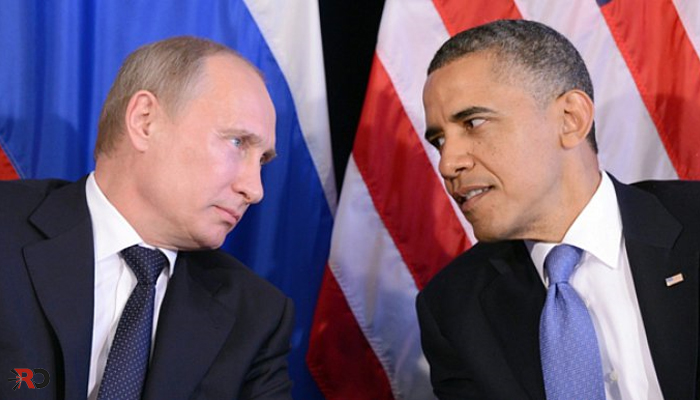 The recent Russian intervention in Syria comes at a time when the Bashar al-Assad government appears to be at its weakest. Despite al-Assad killing over 200,000 of his own civilians and displacing millions, he has failed put down the rebellion. His armed forces that played a central role in laying sieges upon towns and cities has shrunk to almost half its pre-war size and for the past year has struggled to protect the al-Assad regime in Damascus.  Despite years of Iranian energy and economic support as well as physical support from Hizbullah and the Islamic Revolutionary Guard Corps (IRGC),  Bashar finds himself in an unsustainable situation. A flurry of meetings took place throughout August to deal with the potential collapse of the regime in Damascus and no sooner were these meetings concluded Russia began moving its military into Syria. Russia is now openly calling for Bashar al-Assad to be a part of the future of Syria and the US, publically at least, is calling for his removal.

Even under the Soviet Union, Russia has historically been a supporter of the al-Assad clan. The Soviet Union viewed Syria as a means to spread Communism in the Middle East. Soviet support began with both military sales and economic aid to Syria, where the Syrian army came to rely on Russian military equipment.  This historical relationship has kept Russia as the main supplier of military equipment to Syria today. Russia has also used this relationship with Syria to strengthen its position in the Mediterranean through its maintenance of the Tartus naval facility. Since the start of the 2011 Syrian revolution, Russia increased its supply of arms to Syria which now purchases up to 10% of total Russian arms and with Russia supplying it with 71% of Syria’s military needs.[1] Politically, Russia vetoed the UN resolution in 2012 against al-Assad and publically announced its official position in support of Bashar al-Assad. Russia has also sent troops which have been spotted within Syria including the capital, Damascus.[2] All of this was openly confirmed by the Russian Foreign Minister Sergei Lavrov who said: “There were mil­i­tary sup­plies, they are ongo­ing and they will con­tinue. They are inevitably accom­pa­nied by Russ­ian spe­cial­ists, who help to adjust the equip­ment, to train Syr­ian per­son­nel how to use these weaponry.”[3] Without this Russian support it can be safely concluded that the al-Assad regime would collapse, and maintaining the al-Assad regime is the official position of Russia regarding this conflict.

But America’s failure in creating moderate rebel forces who would join the al-Assad regime in negotiations and undermine and dilute the sincere rebel groups makes al-Assad and his regime even more important. The consensus on preserving al-Assad is no longer a hidden matter. This was explained by The Daily Beast who wrote “Putin knows that the U.S. may be tac­itly OK with see­ing Rus­sia directly safe­guard “state insti­tu­tions” in Damascus—i.e., the Syr­ian army and the secu­rity ser­vices respon­si­ble for the bulk of the coun­try’s carnage—especially as the so-called Islamic State widely known as ISIS creeps ever closer to the cap­i­tal. He need only read U.S. news­pa­pers, which cite anony­mous White House offi­cials objec­tively sup­port­ing Assad’s longevity, to glean as much.”[5] The US and Russia both view Russia’s recent intervention as a strategic necessity, despite their rhetoric to the contrary.

A closer examination of the Syrian regime shows it has been a lynchpin of protecting US interests in the region and the US would want to maintain the regime in order for it to carry on in this role. Bashar and his father acted as a protective agent for Israel as it has protected the Syrian-Israeli border so well that numerous Israeli generals launched operation “save the Assad regime.” This prompted Israeli gen­eral Azer Tsfrir, to explain that allow­ing the Assad regime to fall would mean turn­ing Syria into a “black hole” in which the bor­der areas could become launch pads for oper­a­tions against Israel.”[6] As well as successfully suppressing the Islamic sentiments of the people, the al-Assad regime has traditionally supported US policies in surrounding countries. This included the First Gulf War where it was one of the only non-monarchical Arab states to have backed the US against Iraq and even sent in army personnel. More recently, Syria has provided key intelligence to the US concerning Al Qaeda and other jihadi organisations resulting in one CIA agent to say “the quality and quantity of information from Syria exceeded the agency’s expectations”7All this shows that the regime has done an excellent job for the US in suppressing any Islamic resurgence both within Syria and in the region. Therefore, al-Assad and the regime must remain and with most of the international powers including Turkey recently accepting the possibility of Assad staying, the US, Russia and the Damascus regime are all working for the same cause.

The months of August and September has seen a raft of leaders declaring openly that Bashar al-Assad is here to stay and will be part of the future of Syria. The people of Syria took to the streets over four years ago to bring real change to their country. But at every turn the regional nations and international powers have conspired against them. The battle lines were clouded between extremists and moderates and with sectarian labels, even though the people took to the streets against a brutal dictator. In a few months time uprising in Syria will reach its fifth anniversary, and the regime, regional leaders and international powers will, in all likelihood, have failed to have halted the people’s demand for real change. This failure has now led to the west to openly declare their support for Bashar al-Assad.