By Adnan Khan The month of August saw a flurry of activity and meetings regarding Syria from both regional and international players. This was all capped off and the end of August when Russian forces began moving into Syria. Russia’s military escalation gained significant media coverage and has been portrayed by many as the Syrian conflict becoming even more unstable. Russian involvement in the Syrian conflict garners significant western attention and Bashar al-Assad has come...
14th September 20156 min 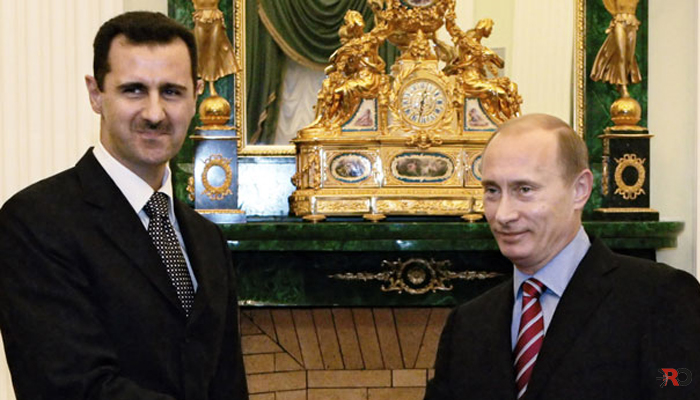 The month of August saw a flurry of activity and meetings regarding Syria from both regional and international players. This was all capped off and the end of August when Russian forces began moving into Syria. Russia’s military escalation gained significant media coverage and has been portrayed by many as the Syrian conflict becoming even more unstable. Russian involvement in the Syrian conflict garners significant western attention and Bashar al-Assad has come to rely extensively on Russian support in maintaining his stranglehold on the country. On closer scrutiny the Russian initiative is no different to existing US plans for Syria and cannot hide Russia’s lack of influence in the country.

Satellite images and reports have confirmed sustained Russian military transport flights to Bassel al Assad International Airport in Latakia.[1] Images showed construction was underway throughout the airport; surfaces were being leveled and new structures being erected. Earthworks are visible along the entire length of the easternmost runway, likely part of improvements to the airfield to allow the ingress of heavier transport aircraft. Alligator and Ropucha-class landing ships from the Black Sea Fleet, can also be seen with vehicles and equipment, sailing toward Syria through the Bosporus. Photos of Russian soldiers and marines from at least two separate Russian units deployed in Syria — the 810th Marine Brigade and the 336th Guards Marine Brigade — are increasingly surfacing on social media. Russian troops have been spotted in the provinces of Latakia, Tartus, Homs and Damascus. Some Russian forces are also deployed at the Syrian Naval Academy in Latakia. Russia’s Kommersant daily newspaper said earlier on Thursday that Moscow’s advanced BTR-82A armoured personnel carriers were among arms supplied to Damascus.[2] From the Russian perspective this is a significant increase in its presence in Syria. [pullquote align=”right” color=”” class=”” cite=”The Daily Beast” link=””]“Putin knows that the U.S. may be tacitly OK with seeing Russia directly safeguard “state institutions” in Damascus—i.e., the Syrian army and the security services responsible for the bulk of the country’ carnage…. He need only read U.S. newspapers, which cite anonymous White House officials objectively supporting Assad’s longevity, to glean as much.” [/pullquote]

Russia-Syria relations began at the height of the Cold War in the 1950’s, especially when the Baathists took power in a coup in 1954. At the time the Soviet Union was looking to back movements, military officers and politicians in the Middle East. But The Soviet Union’s relations remained mainly in the military and economic sphere with little political influence in the country. The Soviet Union became the main arms supplier to Syria and as a result the Syrian military today continues to use Soviet era equipment. The 1971 agreement to host a naval supply and maintenance base in Tartus allowed the Soviet navy refuelling facilities for its Mediterranean naval forces. Today Russian investments total $19.4 billion, as well as lucrative arms contracts worth at least $4 billion.[3] Russian firms have a substantial presence in Syria’s infrastructure, energy and tourism industries. Stroitransgaz, a natural gas facility construction company, has the largest Russian operation in Syria.[4]

When the uprising began in Syria in 2011, Russia, like Iran, backed al-Assad and has always maintained this position. Between 2009 and 2011 Russia was supplying 71% of Syria’s military needs – everything from jets to military equipment to air defence systems.[5] On 11th September 2015 Russian Foreign Minister Sergei Lavrov said that the Kremlin would continue to supply weapons to the Syrian government. Russian news agencies had already reported Lavrov of earlier, saying: “There were military supplies, they are ongoing and they will continue. They are inevitably accompanied by Russian specialists, who help to adjust the equipment, to train Syrian personnel how to use these weaponry.”[6] Russia has maintained a consistent position of backing Bashar al-Assad, which in reality is no different to the West and especially the US, despite their rhetoric to the contrary. This was confirmed by one of America’s most read news and opinion websites, The Daily Beast: “Putin knows that the U.S. may be tacitly OK with seeing Russia directly safeguard “state institutions” in Damascus—i.e., the Syrian army and the security services responsible for the bulk of the country’ carnage—especially as the so-called Islamic State widely known as ISIS creeps ever closer to the capital. He need only read U.S. newspapers, which cite anonymous White House officials objectively supporting Assad’s longevity, to glean as much. He also knows that calls for Russia to “stop arming and assisting and supporting Bashar al-Assad” can be met with an implied, “Yeah, yeah” because the US will never come close to arming and supporting Assad’s opposition in a commensurate manner.”[7] America’s timid response to Russia’s current military intervention when compared to Russia’s Ukrainian intervention shows the US has no problems with anyone maintaining the crumbling throne of Bashar al-Assad.

Russian military escalation comes after a flurry of meetings throughout the month of August. On the 3rd of August 2015 a three way meeting took place between US Secretary of State John Kerry, Russian Foreign Minister, Sergei Lavrov and Saudi Foreign Minister Adel al-Jubeir in Doha. It was at this meeting Russia proposed an initiative where talks should be organised between the Syrian opposition and the al-Assad regime. This was then proceeded on the 13th August 2015 with Syrian opposition members, for the first time, attending a meeting in Moscow. This new initiative had the support of all the regional and international players and demanded a political transition which involved Bashar al-Assad. The events that preceded these meetings and the announcement was the string of losses by the al-Assad regime against the rebel groups. Bashar al-Assad’s defeats in Idlib, Eastern Homs and Deraa, combined with renewed pressure in Aleppo and Deir el-Zour and the loss of a number of gas fields, left the regime in a desperate situation. Charles Lister, a visiting fellow at the Brookings Doha Centre thinktank, described the situation: “This is definitely the most strategically weak position the regime has found itself in since early 2013. What seems to be happening is a redrawing of the power map in Syria, with the regime seemingly more willing to cede territory outside of its most critically valuable zones.”[8] Russia’s current political initiative and military escalation is to prop up Bashar al-Assad’s precariously weak position. The response of the US and other regional and international players, also shows they are completely on board, which is demonstrated by their lack of condemnation.

Whether it’s the US led Geneva talks or Russia’s initiatives, both initiatives involve the rebel forces negotiating with the Bashar al-Assad regime. Both the US and Russia view Bashar al-Assad as part of the part of the solution and have been forcing the opposition to negotiate with him so that a coalition government can be formed between them. All of this comes at a time where the Bashar al-Assad government is struggling to maintain its position in the country. This also means that despite Iran’s economic support and Hizbullah presence, they have failed to halt the demise of the al-Assad government. This Russian initiative in all likelihood will end in the same fashion.

Bashar al-Assad: To remain or not to remain?