By Idrees Devries In this fifth and final part of RO’s series look­ing at US-Israeli rela­tions: Past, present and future, current US-Israeli relations and the emerging trends are analysed   After 1978 America so dominated the Middle East that she became more focused on benefiting economically from her power and influence in the region. This required Middle East peace, such that American companies could do business in the area from a privileged position and capture most...
5th August 20156 min 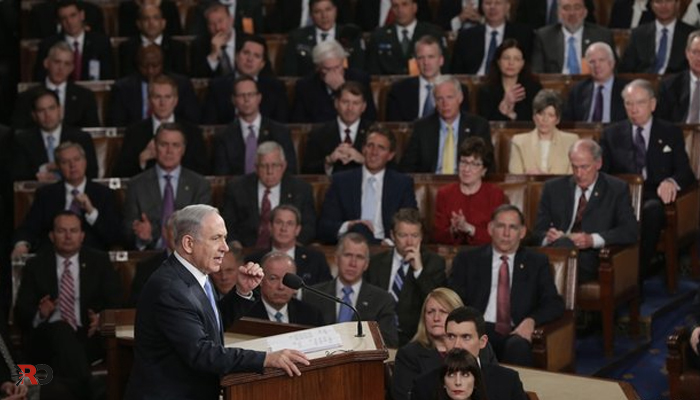 In this fifth and final part of RO’s series look­ing at US-Israeli rela­tions: Past, present and future, current US-Israeli relations and the emerging trends are analysed

After 1978 America so dominated the Middle East that she became more focused on benefiting economically from her power and influence in the region. This required Middle East peace, such that American companies could do business in the area from a privileged position and capture most of the benefit in the natural resources of the area.

This American intention showed itself amongst other ways through the people that made up the American administration at this time. Where earlier career civil servants had taken the leadership roles, now people with a business background came to the forefront, such as Caspar Weinberger [49] who became Secretary of Defense and George Shultz [50] who became Secretary of State. Both had previously been senior managers in the international engineering and construction company Bechtel. [51]

To achieve the desired peace, America wanted all Middle Eastern countries to compromise, as had been the objective of the Camp David meeting. America now wanted to execute what was agreed there in principle. Israel, in other words, lost whatever preferential position she might have had previously. In the eyes of America she became one player amongst many again, and who, as all others, had to give something – space for a Palestinian state – in order to get something – peace and stability.

At the same time America did continue its military and economic support of Israel, as a tool to pressure Israel and the Arab states. All the talk by American politicians about “Israel first” and a “special relationship” between the two countries was just that: talk in order to gather votes in domestic elections. If, namely, Israel did not toe the American line, she was pulled back immediately. For example during the presidency of George H.W Bush. His Secretary of State James Baker publicly criticized Israel in 1989 and told her she had to stop dreaming of a Greater Israel. Shortly thereafter president Bush himself said that America saw Jerusalem as an occupied territory and not as the capital of Israel. [52] Bush then threatened Israel that America would halt its aid if she did not stop blocking the peace plan for the Middle East. [53]

This kept Israel under American control. Consequently, during the 1990 Gulf War Israel did exactly what America wanted when Saddam Hussein fired Scud rockets towards her. Saddam hoped that an Israeli response would trigger an Arab revolt against Israel and America. For this reason America wanted Israel to not respond in any way, and she did so. After the Gulf War, furthermore, Israel halted the expansion of settlements in Palestine as requested by America. [54]

During the presidency of George W Bush the American plan remained “Land for Peace.” In 2002, after the attack on the World Trade Towers, America released an official declaration stating that there could be no peace without freedom, that America remained committed to an independent, democratic Palestinian state, and that she wanted the Israeli colonization of the West Bank to stop. [55]

According to some, America is a puppy on a leash in the hand of Israel. Serious analysts, however, know that this incredible idea – how could the powerful and mighty obey the weak? – is incorrect.

George Friedman of Stratfor, for example, more accurately describes Israel as a “pawn” in the American strategy for the Middle East. An important pawn, but nevertheless just a pawn. A tool for American foreign policy, in other words, not an objective. [56]

That is why Israel works to prevent positive relations between America and the other countries in the Middle East. An example is the Israeli reaction to the American plan to bring Iran back into the fold of respected nations. [57] As a respectable nation Iran has more freedom to maneuver and consequently can better support the Americans in the Middle East. Israel realizes that this gives America more options and hence her need for Israel will diminish. So Israel tries to block America’s plan with Iran, amongst other ways by inciting the American public against her.

For this reason the Israeli Prime Minister Netanyahu travelled to America in March 2015 to give a speech in front of the American Congress. [58] The reaction of the American administration to this visit and speech proved beyond any doubt that she sees Israel as just a pawn. Various leading figures in the American administration dealt with the intention behind Netanyahu’s visit by refusing to meet him flat-out. [59] Obama belittled Netanyahu not only by not attending the speech, but by not even listening to it and calling it “irrelevant.” [60] Lastly, in the run up to Netanyahu’s visit media outlets were given access to classified information that proved Israel already knew that Iran posed no real nuclear threat, through which (American) public opinion was in fact turned against Netanyahu’s message 8 days before he was about to deliver it to the American Congress. [61]

Part 3 – The American Empire and Israel

[56] “The Complex History of the U.S.-Israel Relationship”, George Friendman, www.realclearworld.com/articles/2015/03/04/the_complex_history_of_the_us-israel_relationship_111012.html

[59] “Some U.S. leaders to refuse meeting with Israeli PM during Washington trip”, www.juancole.com/2015/03/leaders-israeli-washington.html

Iran and the Geopolitics of Oil

The Politics of Nuclear Weapons