By Muhammed Ubaid After more than a decade of negotiations both US officials and Iranian officials announced Tuesday 14th July that a historic deal had been agreed between Iran and the P5 + 1 group of nations. The accord was announced in a joint statement in the Austrian capital. Iran President, Hassan Rouhani said the final agreement proved that “constructive engagement works” and presented the deal as a step on the road towards a wider...
21st July 20156 min 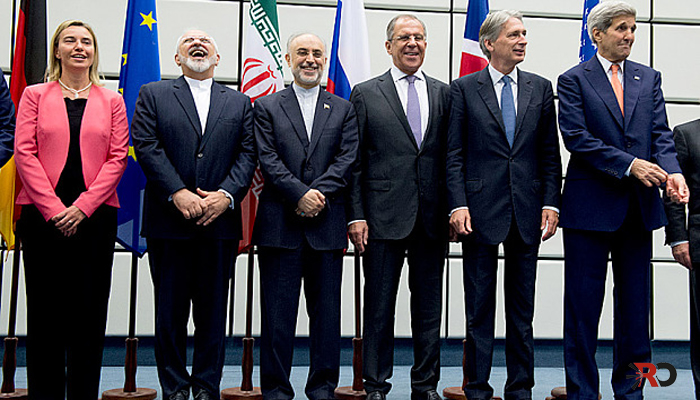 After more than a decade of negotiations both US officials and Iranian officials announced Tuesday 14th July that a historic deal had been agreed between Iran and the P5 + 1 group of nations. The accord was announced in a joint statement in the Austrian capital. Iran President, Hassan Rouhani said the final agreement proved that “constructive engagement works” and presented the deal as a step on the road towards a wider goal of international cooperation: “With this unnecessary crisis resolved, new horizons emerge with a focus on shared challenges.” US President Barack Obama, in a White House briefing described the deal as: “Today after two years of negotiation the United States together with the international community has achieved something that decades of animosity has not: a comprehensive long-term deal with Iran that will prevent it from obtaining a nuclear weapon.” Whilst the global media has focussed on the details of the deal the reality is the rapprochement between the US and Iran is the culmination of more than a decade of meetings and both nations can now openly work together on strategic issues. This can be seen from four areas.

Secondly, in Syria the US and Iran are on the same page in backing the regime of Bashar al-Assad against the popular uprising by the people of the country. Stratfor’s George Friedman confirmed: “One of the interesting things to bear in mind was that the international community, for all its rhetoric about nerve gas and everything else, really didn’t want Assad to fall. It wasn’t because they liked Assad — they didn’t — it was that the alternative had gotten scarier and scarier as the years went on.”[3] The US has provided al-Assad the necessary cover, but Iran has played the key role of bank rolling the Syrian regime, arming it and actually fighting on the ground to maintain the al-Assad regime. Iran has supplied oil to the regime and its proxy group Hizbullah has fought in al Qusayr and the Qalamoun Mountains against the rebel forces. Like Iraq, Iran has played a strategic role in protecting US interests. The preservation of the Alawi regime and halting the demands for real change are both in the interests of the US and Iran and they have since the early days of the uprising in Syria been on the same page.

Thirdly, Iran has played a key role in stabilising Afghanistan for the US and will continue to do so for the foreseeable future. During the Bonn conference in late 2001, it was Iran that broke a stalemate over the composition of Afghanistan’s first post-Taliban government.[4] Tehran and Washington also cooperated to counter the Taliban and al Qaeda. In the initial years after international forces arrived in Afghanistan in 2001, Tehran arrested al Qaeda figures on its soil and gave Washington maps showing Taliban positions in Afghanistan.[5] Iran’s military also offered to train 20,000 Afghan troops as part of a US-led program to rebuild Afghanistan’s army. This collaboration could have gone even further. In 2003, Tehran made a formal offer to open comprehensive negotiations with Washington, but it was ignored by the George W. Bush administration.[6] Hillary Clinton, confirmed in 2009: “that Washington wanted Iranian help with border security and counter-narcotics operations. The emerging new US policy on Iran emphasises the search for common ground between the two countries, rather than allowing the relationship to be entirely paralysed by the standoff over Iran’s nuclear programme.”[7]

Fourthly, the US needs to counterbalance a number of powers in the Middle East to create a strategic balance and off-set one power against another. It is here Iran will play a central role in containing Israel and keeping it in check. Israel has been the most vociferous against US-Iran rapprochement as it knows it will no longer be America’s key ally in the region. Israel has used its relationship with the US to scupper meaningful talks on the two state solution and successive US administrations have been occupied with more pressing matters over the Palestinian issue, such as the Iraq and Afghan wars. Israel has taken advantage of this and expanded settlements to unilaterally define whatever final settlement the US imposes upon her, when it gives the issue its due attention. As the US cannot undermine Israel, as it needs it to balance other powers in the region, Iran will now play centre stage in containing and balancing Israel. As Iran has ambitions to be the regional power it has always viewed Israel as a threat and both nations have for long been in a proxy war of assassinations, espionage and cyberwarfare. All of this ensures the US will not need to intervene in the region as the regional powers will balance each other out.

Iranian Foreign Minister Mohammad Javad Zarif confirmed what the nuclear deal really meant, he said the deal was a solution to end “an unnecessary crisis and open new horizons for dealing with serious problems that affect our international community.” Meaning this nuclear deal was just one part of the relationship with the US. The Obama administration will go down in US history for normalizing relations with two of its old foes in the same week. Obama’s officials normalised relations with both Cuba and Iran in the same week. Iran will play a central role in protecting US interests in the Middle East, which it has been doing for some time, this relationship has now been formalized and confirms once again that the US does not have permanent friends and enemies, just permanent interests.

The Future of the Middle East: Demographics