By Muhammad Ubaid US officials continue to downplay what is taking place in Syria and continue to reiterate there is no strategy for the country. The latest announcement came from US president, Barack Obama at the news conference at the Group of Seven (G7) summit in Germany on June 8, he said: “The US is going to continue to ramp up training and assistance,” but then admitted: “We don’t yet have a complete strategy.”[1] US...
30th June 20158 min 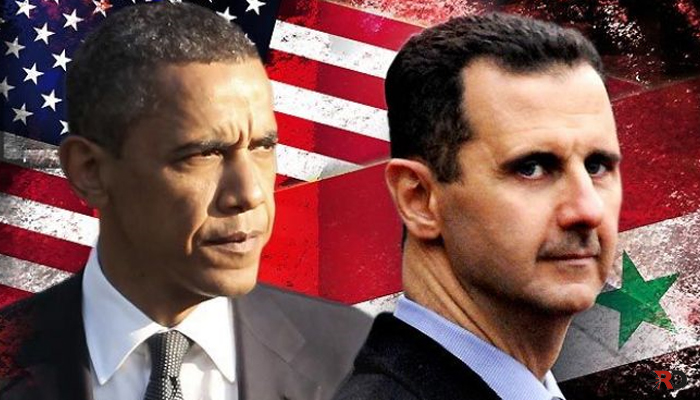 US officials continue to downplay what is taking place in Syria and continue to reiterate there is no strategy for the country. The latest announcement came from US president, Barack Obama at the news conference at the Group of Seven (G7) summit in Germany on June 8, he said: “The US is going to continue to ramp up training and assistance,” but then admitted: “We don’t yet have a complete strategy.”[1] US defence Secretary Ashton Carter as well as Secretary of State John Kerry have also announced that there is no complete strategy to deal with ISIS. Whilst it would appear ISIS possesses significant capability and has complicated US aims in Syria and Iraq, the truth is US officials are downplaying their strategy in order to buy time to execute their real strategy, which can be seen by assessing US actions against all the actors in the Syrian theatre.

The uprising in Syria led to the people to organise into battalions, with many from outside the country also joining their brethren in the struggle for the country. Much of the world believed the regime would put a swift end to the uprising, al-Assad had a reputation of using brutal methods if needed. But as the rebels fought the regime across the length and breadth of the country it became clear, especially after many officers began to defect from the military,  that the regime lacked the capability to defeat the uprising; the conflict very quickly settled into a stalemate. It was here the US began the process of creating an opposition that could be negotiated with, weapons could also be provided to them and their consultation would be sought in international conferences on the future of Syria. The US strategy became clear when it only spoke with certain groups over others. It also never gave any group enough weapons that would tilt the balance in the country. Four years on, the Free Syrian Army (FSA), the Syrian National Coalition (SNC) have all been eclipsed by groups the US does not want to do business with. The US strategy has been to bolster secular factions over the sincere factions, which includes the Islamic factions. This has been a complete failure and this is why the US announced it will directly train factions in the Syrian theatre.[4] All of this shows, the US is following a clear strategy in Syria.

The emergence of ISIS only complicated the uprising in Syria and has in no way aided it. ISIS emerged when the rebels were launching attacks on Damascus itself, the country’s capital. The al-Assad regime was relying on a handful of battalions and was completely reliant upon Iranian aid and support to survive the uprising. The Islamic nature of the uprising was also very clear, the rebel groups overwhelmingly called for the replacement of the regime with something Islamic. In this context ISIS emerged and completely derailed the uprising. The ISIS conquest of Mosul in June 2014 kick started their expansion. At RO we have long held the position that numerous officers in the Iraqi army admitted they were ordered to leave their positions and bases, which aided the ISIS takeover. From Iraq, ISIS expanded into Syria and entered into a protracted battle with every rebel group. They took over many areas in North Syria which were already under rebel control. Janes intel­li­gence, the pres­ti­gious global secu­rity firm confirmed in 2014 that 64% of ver­i­fi­able ISIS attacks in Syria tar­geted other rebel groups. Just 13% of ISIS attacks dur­ing the same period tar­geted al-Assad’s forces.[5]

What is now very clear now is the US has not made any serious attempt in destroying ISIS. ISIS freely traverse the Iraq-Syria border in their conveys and armored carriers, no US airstrikes have taken place against this border area. Despite their expansion over large tracts of territory and somehow defeating opposition that outnumber them by factors of 30, the US does nothing until ISIS is close to the Baghdad or Damascus regime. The role of the US Air Force has baf­fled many Iraqis and Syr­i­ans. Amer­i­can and allied[pullquote align=”left” color=”” class=”” cite=”” link=””] The conflict will take a long time to resolve as the US desired outcome has failed to take shape. This is why US officials keep talking about the lack of strategy in order to buy time to get its desired pieces in place.  [/pullquote]war­planes are equipped with the most pre­cise aer­ial arse­nal ever fielded, but in the recent bat­tle for Ramadi the US con­ducted a mere 19 airstrikes.[6] Maj. Muhammed al-Dulaimi, an Iraqi offi­cer in Anbar Province con­firmed: “The US airstrikes in Anbar didn’t enable our secu­rity forces to resist and con­front the ISIS attacks. We lost large ter­ri­to­ries in Anbar because of the inef­fi­ciency of the US-led coali­tion airstrikes.”[7] The inter­na­tional alliance is not pro­vid­ing enough sup­port com­pared with ISIS’ capa­bil­i­ties on the ground in Anbar. Even the ISIS held mil­i­tary parade to cel­e­brate its vic­tory in Ramadi, which included show­cas­ing the US mil­i­tary equip­ment it had acquired, saw no airstrikes take place.[8] US air force air drops of military equipment has gone straight into  ISIS hands, one too many times.[9] ISIS is weakening the rebel groups against the al-Assad regime by forcing them into a protracted struggle that would deplete their resources and motivation. The ISIS view of their way or the highway, for the moment, suits the US and explains why the US is taking very little action against ISIS.

The US is following a careful strategy of taking the life out of the uprising, but unlike its decade of failure in Iraq and Afghanistan, the US strategy is to get regional and local actors to do the heavy lifting whilst the US manages from afar. The biggest problem the US has faced is the rebel groups along with the Syrian people have continued their struggle despite the odds against them. The factions the US would like to see enter into negotiations with the regime have no credibility within Syria. As a result, the US continues to reiterate a long battle in Syria, potentially into a decade long war. This posture highlights the fact that the US will be involved in Syria for some time. The conflict will take a long time to resolve as the US desired outcome has failed to take shape. This is why US officials keep talking about the lack of strategy in order to buy time to get its desired pieces in place.

Part 3: The American Empire and Israel