By Muhammad Ubaid The recent loss of Idlib has left the Syrian regime on the brink. Idlib was the key to holding Aleppo, but its loss now means the Alawite region of Latakia can be attacked by rebel groups. From the South of Syria rebel groups now have Damascus in their sights. The regime is now overstretched within it’s core territory and is facing a difficult battle. The loss of Idlib in particular came as...
17th June 20156 min 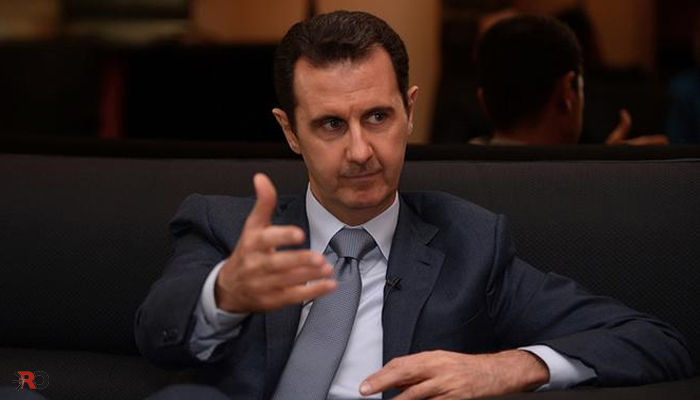 The recent loss of Idlib has left the Syrian regime on the brink. Idlib was the key to holding Aleppo, but its loss now means the Alawite region of Latakia can be attacked by rebel groups. From the South of Syria rebel groups now have Damascus in their sights. The regime is now overstretched within it’s core territory and is facing a difficult battle. The loss of Idlib in particular came as a shock to the world as the rebels seemed to have looked dead and buried prior to this. Staffan de Mistura, the United Nations’ Special Envoy to Syria, who recently called Bashar al-Assad a “part of the solution,” now says the dictator has to got to go and should be militarily pressured to do so by the US.[1]  In light of this, it would be an apt moment to assess the current state of the regime by looking at pillars of the regime.

The Syrian Armed Forces is the primary entity which protects the Syrian regime. Over the years the Baathist regime invested in military platforms and recruited from across Syrian society, but with core Alawite central leadership. On the eve of the Syrian uprising the army consisted of approximately 220,000 active personnel. Today, approximately 30-40% of the army has defected or been killed, including influential military personnel.[2] This has thwarted the offensive capabilities of the regime and forced the army to give up regaining the north of the country. Notable defections included Riad al Asaad, Mustafa Al-Sheikh, Mohammed Ezz al-din Khalouf who previously were generals of key Battalions in the Syrian Armed Forces.[3] The loss of experienced personnel has made it harder for the regime to launch offensive operations against the rebels groups. Defections have also resulted in the Syrian Army becoming stretched and unable to fight on multiple fronts. This is what took place in Idlib, where the rebel offensive led by Jabhat al Nusra and Ahrar al Sham took place rapidly and with the element of surprise. The result of this was that the Army was unable to replenish supplies and reinforcements arrived too late. Bashar al-Assad will need external support if he is to survive the military defeats.

[pullquote align=”left” color=”red” class=”” cite=”” link=””]Bashar al-Assad will need external support if he is to survive the military defeats[/pullquote] Bashar al-Assad and the Baathists all hail form the minority Alawites, the support of this minority is what has allowed them to dominate the politics of Syria. Since the uprising began in Syria the support of the Alawite community has allowed the al-Assad regime to maintain a permanent war situation in the country. However, the proximity of Idlib province to Latakia has raised alarm bells within the regime and within the Alawite community. The majority of defections from the army were from Sunni military personnel which has forced the army to seek new recruits from its Alawi support base. As most of the Alawites are concentrated in the Latakia and coastal areas of Syria, Latakia acts as a natural pool of support for its Alawite brethren in the Syrian political class. However, declining living conditions, rising fuel prices and rising numbers of Alawite casualties have prompted the Alawite population to resist Syrian army recruitment operations.[4] Reports have shown Alawite families sending their young children to Lebanon in order for them to avoid compulsory military service. This is also the case with the Druze population which has been undertaking secret operations to free young men from regime barracks.[5] Druze leaders have together adopted a stance of resistance to recruitment operations. The support base of the regime, which has long propped up the regime, is now reaching cracking point.

The regime’s biggest loss is territory; it has now lost the majority of Syrian territory. Recent offensives by both ISIS and rebel factions have led to losses of key military bases which have enabled tactical positioning which the regime forces have failed to alter. On June 10th 2015 rebel factions were able to take over the 52nd Brigade base in the south of the country, which in addition to the 61st Brigade also under rebel control, sealed a complete loss of the south to rebel forces.[6] These military bases allowed rebel factions to gain lots of heavy equipment and military platforms. The Syrian rebels have shown their capabilities in using this equipment, including Anti-tank guided missiles (ATGMs), which played a central role in the capture of Idlib. The regime has also lost major oil fields such as those in Deir e-Zour, Raqqa and Hasakeh. These losses have been added to by the Syrian Army forced to desert smaller fields which have subsequently fallen into rebel hands. The regime now faces the continuous threat of rebel offensives as long as they remain united. To counter these losses, the regime has looked to import its oil which has only added to its economic woes.[7]

The Syrian military intelligence or Mukhabaraat was for long been the greatest fear of the Syrian people. Often dressed as civilians, the Mukhabaraat assess events on the ground, hence acting as the eyes and ears of the regime. Whilst previously very competent in its role, army defections and loss of land has limited the effectiveness of the Mukhabaraat which is evident by lack of regime preparation against incoming offences such as those in Idlib and the south of Damascus. The lack of an effective intelligence service has meant that the situational awareness the regime possessed is no longer there and it has made the regime more cautious and the enemy more confident in offensives. These shortcomings prompted the recent dismissal of the heads of two of its four main departments in the intelligence service, prompting Iran to bolster its intelligence in the region on behalf of the Syrian regime.[8]

The institutions and tactics analysed above have for a long time been the backbone of the Syrian regime and in its ability to maintain the highest office of the country. The weakening of this backbone has severely limited the regime’s capabilities and has enhanced the confidence of rebel factions. The al-Assad regime is now in dire straits and it raises the real prospect of a rebel victory. For this to take place the rebel forces will need to unite and remain united and continue their offensives all the way to Damascus to overthrow the regime. This will require more weapons, platforms, logistics and organisation. As it stands the only hope for the regime is massive external help, if it is to survive.

US-Israeli Relations - Past, Present and Future