By Adnan Khan China recently published its defence white paper, which garnered significant media attention due to the country’s rapidly growing capabilities.[1] China’s defense white papers are carefully crafted for foreign and domestic consumption, with no secrets revealed, but a comprehensive view emerges of just how China would like the world to interpret the evolution of its defense capabilities. China’s main message was that it is a big power with international interests and will...
1st June 20156 min 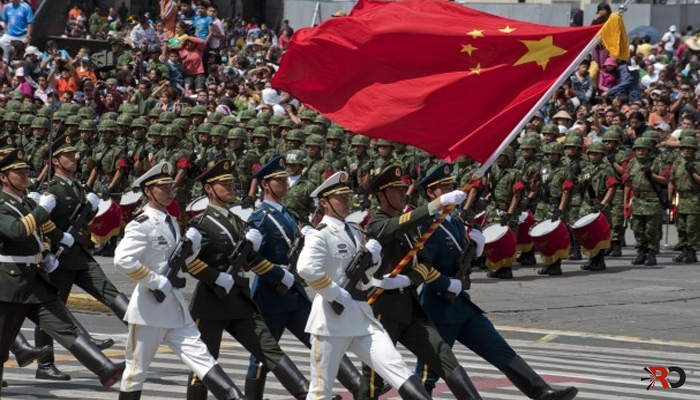 China recently published its defence white paper, which garnered significant media attention due to the country’s rapidly growing capabilities.[1] China’s defense white papers are carefully crafted for foreign and domestic consumption, with no secrets revealed, but a comprehensive view emerges of just how China would like the world to interpret the evolution of its defense capabilities. China’s main message was that it is a big power with international interests and will shoulder international responsibilities, but that unlike other major powers before it, China has no hegemonic designs. China however faces significant challenges in transitioning to a defence force capable of conducting global operations, but its major challenge is not within its military or economic realms, but in the political arena.

The defence white paper highlighted the shifts in China’s overall defense strategy, which are already underway, but included the modifications of the primary roles of the various branches of the People’s Liberation Army (PLA).  The paper highlighted that the PLA Army “…will continue to reorient from theater defense to trans-theater mobility.” China fields the world’s largest armed forces, with a standing army of over 2.2 million personnel. China’s ground forces constitute the largest branch of 1.7 million active personnel – 70% of China’s combined forces. China’s ground forces continue to undergo significant modernisation and restructuring to deal with potential threats and enhance its land warfare capabilities. However China’s ground forces still face significant challenges in shifting from internal security to external expansion. China’s army is primarily configured as a domestic security force, which has been a necessity due to the counties history of internal tensions. Having been designed for internal security, China’s ground forces are doctrinally and logistically disinclined toward offensive operations. The PLA was built to control China, not to project power outwards. Since the 1980s the Chinese have been attempting to transfer internal security responsibilities to the People’s Armed Police, the border forces and other internal security forces that have been expanded and trained to deal with social instability. But despite this restructuring, there remain enormous limitations on China’s ability to project military power on a scale sufficient to challenge the US directly.

The defence paper highlighted that the PLA Air Force “…will endeavor to shift its focus from territorial air defense to both defense and offense.” China’s air force remains in transition from two decades of modernisation. The sheer size of China’s geography requires a large fleet of modern fighters, bombers and significant airlift capability. China has focussed on reducing the size of its air force and focusing on quality and capability. China’s fleet consists of both older aircraft fielded in the 1980s, and newer designs introduced in the 1990s and later. The thousands of J-6 fighters that once made up the fighter fleet have been retired. The current inventory is composed primarily of third and fourth generation fighter jets. [pullquote align=”right” color=”” class=”” cite=”” link=””]Most of the military products of China’s aviation sector are obsolete by western standards.[/pullquote] Some fighters and attack aircraft still produced in China are based on 1950s-era Soviet designs. China has made some success in the latest designs, the Chengdu J-20 is a purported stealth fifth-generation fighter aircraft. It first flew in January 2011 and is scheduled to be combat ready by 2019 and compete with the F-35. For the moment China lacks the long range and air lift capability needed for a nation the size of China. The bombers that China produces are medium bombers that are based on a 1950s-era Soviet design. To date, China has also been unable to produce and indigenously design a jet transport. The main reason why China does not produce heavy bombers or jet transports is because it has been unable to produce an indigenously designed and developed jet transport engine. Turbojets lack the power and fuel efficiency needed to propel large aircraft over long distances. No Chinese-produced engine has yet been accepted for installation on a long range and heavy plane.[2]

The defence white paper also highlighted the PLA Navy “…will gradually shift its focus from ‘offshore waters defense’ to the combination of ‘offshore waters defense’ and ‘open seas protection.” Since the late 1980s, China has been seeking to develop a ‘blue water’ navy force capable of operating in the regions beyond its offshore waters. During the 1980’s China modified first-generation, Soviet-designed vessels using newer naval technologies and then built second and third generation ships based on indigenous designs whilst incorporating mainly foreign weapon systems. This led to the development of the Jianghu-class frigates. China since the mid-1990s has acquired 12 Russian-made Kilo-class non-nuclear-powered attack Submarines (SSs) and put into service at least four new classes of indigenously built submarines. During the next decade China is likely to fulfil its aircraft carrier ambitions, becoming the last permanent member of the UN Security Council to obtain a carrier capability. China has commissioned into service its first aircraft carrier—the Liaoning, which is a refurbished ex-Ukrainian aircraft carrier, previously named Varyag, that China purchased from Ukraine as an unfinished ship in 1998. Although China is designing and building increasingly sophisticated warships, Chinese naval shipbuilders still need to import key components or modules, such as propulsion systems, navigation and sensor suites, and major weapon systems, to outfit these vessels. Such a reliance on imported subsystems creates systems-integration challenges, as well as security concerns stemming from dependence on foreign suppliers.

China has undergone some radical changes in the last few decades, however these changes are not due to a transformation of its beliefs, but the confidence and ambition that China should be the dominant power in the region. The ambition driving China is its national interests rather than any specific political beliefs or ideology. This is different to the US as she possesses a vision that its culture and way of life should be the reference point for the whole world. For the US, its military is a means of establishing its culture and beliefs around the world. [pullquote align=”left” color=”” class=”” cite=”” link=””]The main obstacle for Chinese domination is a country that is not even a resident of its neighbourhood.[/pullquote] China has not devoted the advancing of any higher ideological or political call such as communism or democracy. In fact Ideology appears to be secondary to advancing its national interests. The problem with this is as China develops it will merely became a player in the global game of nations, rather than a leader. Its military and economic development becomes an end in itself, which is not the case with smaller and less strong nations such as Britain and France.

In China’s history it has never been a superpower and has never influenced the global balance of power. Even when it adopted Communism it never carried this beyond its borders and never influenced any of the regions of the world. Much of China’s 4000 year history is composed of internal wars and struggles in order to unify the homeland. China’s foreign policy is centred on domestic economic development and procuring all the necessary raw materials to achieve such aims. Despite making rapid economic and military advances, these remain as such only and have not given China any influence, this is because China has shown no political ambition to shape the world as it views it, as it has no such view.  Military development requires a strategy and there is no strategy without politics, this is the area China needs to review and produce white papers on.

Lessons From the Fall of Ramadi

The Struggle for Yemen Continues