By Adnan Khan Much of the world continues to digest what took place in the largest city of the largest province of Iraq – Ramadi. The ISIS offensive began on Thursday 21st and was all over by Sunday 24th with the routing of the Iraqi army, which included the most elite Iraqi military forces. Much of the global media stood stunned at the sudden fall of the city. US officials blamed the Iraqi army for...
29th May 20157 min 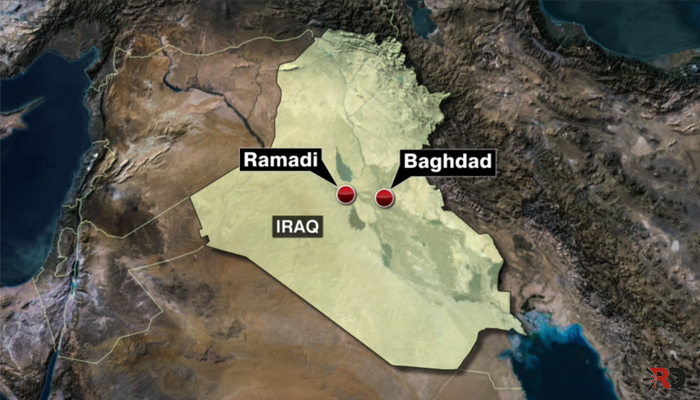 Much of the world continues to digest what took place in the largest city of the largest province of Iraq – Ramadi. The ISIS offensive began on Thursday 21st and was all over by Sunday 24th with the routing of the Iraqi army, which included the most elite Iraqi military forces. Much of the global media stood stunned at the sudden fall of the city. US officials blamed the Iraqi army for the failure, US Secretary of Defense Ashton Carter highlighted: “What apparently happened [in Ramadi] is that the Iraqi forces showed no will to fight. They were not outnumbered: in fact, they vastly outnumbered the opposing force. And yet they failed to fight.”[1] Whilst the IRGC head stated: “the US might want to examine its own glass house before casting blame for the fall of Ramadi,” saying that it is the US that has shown “no will” in fighting the Islamic State.[2]  The fall of Ramadi is a good case study of both US and Iraqi army tactics because what took place in the Anbar province is representative of what is taking place in both Syria and Iraq.

The battle for Ramadi in reality began in October 2013 and not recently, it is only now receiving attention by the global media. The Iraqi forces in Ramadi received very little reinforcements during the years of ISIS attacks (and al Qaeda attacks before this) but the siege of the last 18 months saw even fewer reinforcements from Baghdad. “The operations on Ramadi have been ongoing for 16 months,” said Derek Harvey, a former intelligence adviser to David Petraeus when he commanded the counterinsurgency strategy in Iraq.[3] Anbar province has long been an ISIS stronghold, the mostly Sunni province has never been a priority for Iraq’s government in Baghdad, and ISIS took full advantage of Baghdad’s neglect in its decision to target Ramadi. When ISIS launched its latest siege on Thursday 21st the city’s overstretched collection of Iraqi army, police, and Sunni tribal militia forces had fought a brutal, nonstop battle with little reinforcement for months. Whilst the Ramadi forces were most certainly not outnumbered in this current siege, but on a longer timeline ISIS devoted over 10 times more resources and personnel to Ramadi than the Baghdad government.  The Baghdad government has been busy with Tikrit rather than the Anbar province, despite this province long being the base for ISIS and al Qaeda before them. When Mosul fell last June, many couldn’t understand how a 30,000 strong Iraqi force capitulated to a force in the thousands. But commander after commander eventually confirmed the Iraqi forces in Mosul were ordered to leave their positions and weapons and return to Baghdad, which eventually allowed ISIS to capture the town. In Ramadi it appears Iraqi forces gave up after long being neglected by the Baghdad government.

The US hand in Iraq has always been questionable and many have long remarked the US is using both ISIS and the Iraqi government to achieve its wider regional aims. Whilst the US has criticised the will of the Iraqi forces in Ramadi the US stood by as ISIS forces concentrated forces on the outskirts of Ramadi for 2 months, but did not conduct any airstrikes. US intelligence and military officials had significant intelligence about the pending ISIS offensive in Ramadi. For the US military, it was an open secret even at the time, as reported by Bloomberg.[4] ISIS began alternating attacks between Anbar and the Baiji oil refinery in mid-April, which prompted General Martin Dempsey, the chairman of the Joint Chiefs of Staff, to say in Congressional testimony that the US was prioritizing the defense of Baiji over Ramadi. The ISIS attack on Ramadi was not a strategic surprise. A similar scenario played out in the capture of Mosul, where ISIS had been concentrating large forces, ready for a major siege to capture the city, but the US stood by and did nothing aside from hold numerous press conferences and engage the global media, once the city had fallen.

The role of the US Air Force has baffled many Iraqis and Syrians since they were restarted with the announcement of the ISIS Caliphate in June 2014. American and allied warplanes are equipped with the most precise aerial arsenal ever fielded, but in the battle for Ramadi the US conducted a mere 19 airstrikes as ISIS homed in on Ramadi, although a sandstorm got in the way of an air campaign.[5] Maj. Muhammed al-Dulaimi, an Iraqi officer in Anbar Province confirmed: “The US airstrikes in Anbar didn’t enable our security forces to resist and confront the ISIS attacks. We lost large territories in Anbar because of the inefficiency of the US-led coalition airstrikes.”[6] The international alliance is not providing enough support compared with ISIS’ capabilities on the ground in Anbar. In Iraq, more than 80% of the allied airstrikes are supporting Iraqi troops in hotly contested areas like Ramadi and Baiji, the home of a major oil refinery. Many of the other strikes focus on so-called pop-up targets — small convoys of militants or heavy weaponry on the move. These have been a top priority of the campaign, even though only about one of every four air missions sent to attack ISIS have dropped bombs. The rest of the missions have returned to their base after failing to find a target they were permitted to hit.  On Monday 25th ISIS held a huge military parade to celebrate its victory, which included showcasing the US military equipment it had acquired, but no airstrikes took place.[7]

Iran’s role has been given little media coverage, despite its central role in stabilising Iraq. With the deficiencies in the Iraqi government and army it is the Shi’ah militia forces led by Iran’s Islamic Revolutionary Guard Corps (IRGC) that are central to both the US and Iraqi government. Despite the US constantly stating they are not working with Iran in Iraq, there has been cooperation between the US and Iran, as well as IRGC officers, including Qassim Solomani, its leader in selecting targets that US fighter jets then carry strikes out on. Despite the request for the Shi’ah militia forces by Anbar’s governors, the Baghdad government only mobilised them after Ramadi had fallen and they have already began concentrating on the outskirts of Ramadi to recapture the town. The Iraqi government offensive to  recapture Tikrit from ISIS was in reality an Iranian operation as most of the troops involved were Shi’ah militia organized, trained, armed and led by Iranian officers. The strategy was to launch an attack to take back Tikrit by viewing it as a Sunni-Shi’ah war and the use of artillery and mass bombardment to break ISIS, who remained holed up in the town centre. This caused countless deaths, especially when house-to-house clearing operations were conducted. Due to this operation being conducted as a Sunni-Shi’ah war the militia groups engaged in looting, summary executions and ransacking of Sunni homes, businesses and government buildings. Ramadi and the Anbar province is where the Sunni minority reside so some type of blood bath is expected.

The actions of the US, or the lack of it, aid ISIS as it allows it expand and strengthen its position in both Iraq and Syria. ISIS has brazenly expanded across both Iraq and Syria, despite a US military presence in the region. Whilst the jury is still out on what exactly took place in Ramadi, a consistent pattern is emerging. ISIS launches an attack that everyone in the region can see will take place for months. The Iraqi army capitulates, leaving behind weapons and military equipment, which ISIS add to their growing arsenal. The US criticises the Iraqi government as this all takes place, but only commits very few troops and equipment, despite possessing the capability to do more. Then the Shi’ah militia, funded and led by Iran are brought into balance the ISIS gains. The major lesson from the fall of Ramadi is how similar the events that unfolded have now become.

The Dragon Sharpens its Teeth