By Adnan Khan Saudi Arabia’s King Salman ascended to the throne of the country with the world’s largest oil reserves in January 2015. Succession has been achieved from the nation’s inception back in 1932 through consensus, avoiding big decisions and restricting the monarchy to a select few of the 37 sons of the nation’s founder Ibn Saud. But today the Saudi monarchy has virtually run out of sons of Ibn Saud. King Salman on April...
11th May 20156 min 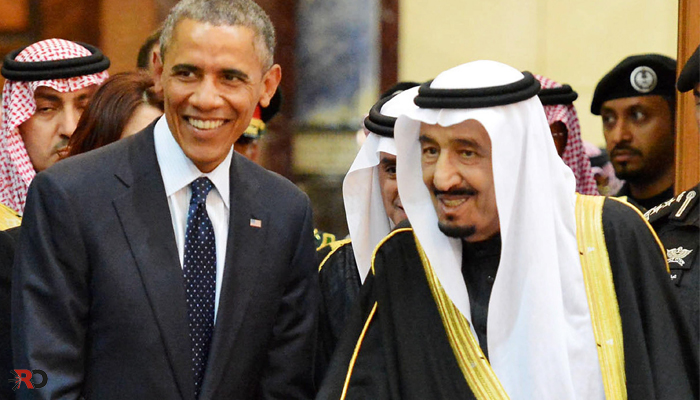 Saudi Arabia’s King Salman ascended to the throne of the country with the world’s largest oil reserves in January 2015. Succession has been achieved from the nation’s inception back in 1932 through consensus, avoiding big decisions and restricting the monarchy to a select few of the 37 sons of the nation’s founder

Ibn Saud. But today the Saudi monarchy has virtually run out of sons of Ibn Saud. King Salman on April 28, altered the line of succession and superseded the only other remaining sons of ibn Saud – Prince Muqrin and Prince Talal. The monarch removed Crown Prince Muqrin from first in the line of succession – unprecedented in Saudi history and elevated Muqrin’s deputy, Prince Muhammed bin Naif, to the position instead. The king then appointed his own son, Prince Muhammed bin Salman, as deputy crown prince. All of this means from here onward the throne will be occupied by the founder’s grandsons, who number in the thousands. These changes will have wide scale ramifications and will cement the pro-US political orientation for the foreseeable future.

The unprecedented changes made by King Salman are due to two institutes that are the pillars of different factions within the monarchy. The National Guard (NG), also known as the white army has been a critical pillar of some of the kings in the royal family. With numerous coups taking place in the region during the 1950’s and 1960’s the NG was transformed into a force, unquestionably loyal to the king at the time and has until today safeguarded the house of Saud. In 2013 the 50th anniversary of the British Military Mission to the Saudi Arabian National Guard took place. King Saud in the 1960’s turned to Britain to train and advise this force and as a result the prince in charge of the NG has historically been close to Britain and it is through this institution Britain has maintained influence in Saudi Arabia.[1] The NG is a mechanized and mobile force designed to rapidly respond to domestic and internal threats. In the case of an external threat, which is the realm of the parallel conventional army, the NG is expected to be an auxiliary force. The NG possesses considerable capabilities but its duties have always been internal.

The parallel conventional army is another center of power and deals with Saudi’s regional and external threats. Saudi Arabia’s conventional army comes under the Minister of Defence and possesses all of the country’s Main Battle Tanks and the vast bulk of the nation’s heavy artillery. The Saudi military is largely made up of American weapons, including Boeing F-15 fighters, Lockheed Martin C-130 cargo planes, Boeing Apache attack helicopters and General Dynamics Abrams tanks, supplemented with Europe’s Eurofighter Typhoon. The Kingdom of Saudi Arabia is the largest US Foreign Military Sales (FMS) customer, with active and open cases valued at approximately $97 billion.[2] All of this is managed by the United States Military Training Mission (USMTM) to Saudi Arabia. It is a unique Security Assistance (SA) and Security Cooperation (SC) organization under the authority of the Chief of the US Diplomatic Mission. In its role it trains, advises, assists and is the provider of defence services.[3] This has allowed the US to play a direct role in the orientation, disposition and capabilities of the Saudi Army and it is through this institution the US has maintained influence in the country.

Almost all of the countries Kings have led or had senior roles in these two intuitions, which allowed them to build their support and credibility and power base. The Saudi NG’s communications and chain of command maintains a separate network from the regular Saudi Arabian military channels with a senior member of the royal family as its head. King Abdullah commanded the NG for three decades, from 1962 and throughout his Kingship until 2010, when he appointed his son, Prince Mutaib bin Abdullah, as the new commander. In addition, three of his sons hold high positions within the NG. Through this, King Abdullah attempted to maintain the influence his lineage has, and its relationship with the UK. With a decade long relationship with the UK King Abdullah protected UK interests throughout the region. Abdullah backed rebel groups with arms and finance, which supported the British position in Syria. In Yemen King Abdullah maintained the position of Ali Abdullah Saleh and his replacement Abu Mansur Hadi.  So close was King Abdullah to the UK, on his death, the union flag was lowered to half-mast on government buildings, something reserved for British monarchs![4]

The changes King Salman has made secures his lineage within the Kingdom for the next few decades. King Salman was minister of defence from 2011 and in 2012 made an official trip to the US, where he met president Obama. As minister of defence, Salman placed the country’s military at the centre of America’s military strikes in Syria and Iraq after ISIS declared a caliphate in mid-2014. King Salman’s change of succession shores up the future of the country with pro-US line of succession with his son and him surrounding the crown prince, who has spent most of his life as the interior minister. The current commander of the NG is Prince Mutaib bin Abdullah — a rival of King Salman’s son, Defense Minister and Deputy Crown Prince Mohammed bin Salman. Because of his role as head of the National Guard, Prince Mutaib bin Abdullah represents a potential challenge to King Salman’s power consolidation. To mitigate this threat, rumors have begun to circulate that King Salman may be planning to centralize the security establishment in the hands of his son, current Defense Minister Prince Mohammed bin Salman. This could mean incorporating the NG into the Ministry of Defense — effectively ending the NG’s role as a separate ministry with the ability to counterbalance the conventional army.[5]

Saudi Arabia will soon be entering uncharted territory with a third generation of princes leading the Saudi monarchy. Whilst the sons of Ibn Saud fought with each other for the monarchy the grand-sons of ibn Saud number in the thousands and will need to navigate through this. Saudi faces numerous regional challenges, especially in the context of US-Iran rapprochement and with Iran playing a key role in protecting US interests within the region. With Saudi credibility within the Muslims world at an all-time low and with the monarchy surviving the opening salvo of the Arab spring the future looks uncertain for the Saudi monarchy despite King Salman’s attempts to consolidate his pro-US position.