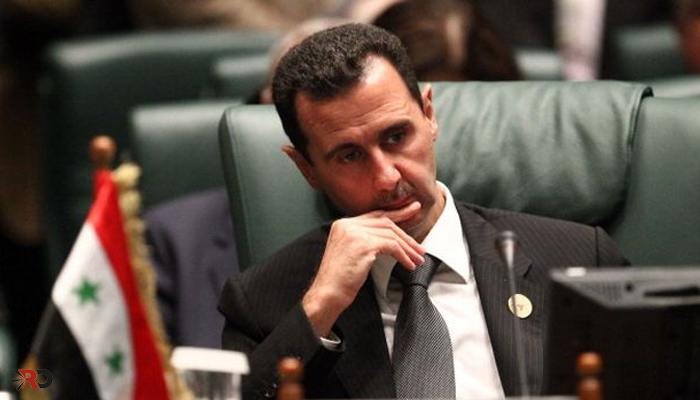 A string of recent defeats for the al-Assad regime has led many to claim the regime is in crisis with the stalemate now shifting towards the rebel forces. Recent defeats for the regime include Idlib – the first instance of the rebels expelling the regime since 2013. A few days later, the rebels moved against nearby Jisr al-Shughor. The regime’s rapid surrender of the town, which is on the doorstop of the regime-controlled coastal enclave, shows Bashar al-Assad’s hold on Syria may now be weaker than at any point. Former US ambassador to Syria Robert Ford, once a strong proponent of US aid to the secular factions, commented that “recent developments may in fact be indicators of the beginning of the end” for Assad’s regime.[1] There are a number of reasons that have led to the rebel forces making gains in the north which do not bode well for the regime if they can be sustained.  But as the regime survived the first rebel onslaught 4 years ago, it remains to be seen if this tactical advantage can be translated into strategic gains marking the beginning of the end for the al-Assad regime.

After facing-off against the al-Assad regime and military for four years the rebels have learnt, sometimes the hard way, they needed to be more organized and strategic in their offensives, considering the regime will always have the heavier weapons. From an organizational perspective, despite dif­fer­ences between the rebel groups, these dif­fer­ences were put aside for the offensive in idlib as they estab­lished an oper­a­tions room, a cohe­sive plan of attack, and ulti­mately exe­cuted the plan. On a tactical level Jab­hat al-Nusra, Ahrar al-Sham, Jund al-Aqsa, Fay­laq al-Sham, and Ajnad al-Sham, as well as a few other local groups came together to retake Idlib from the regime. The lead­er­ship of the “oper­a­tions room” named Jaysh al-Fatah, was handed to Dr. Abdul­lah Muhaysi­nee, the Saudi born and edu­cated cleric who could be found seem­ingly at most of the major bat­tle fronts.  His lead­er­ship was respected but rarely was the lead­er­ship of the dif­fer­ent groups in the hands of an Islam­i­cally edu­cated com­man­der. As the advantages of cooperation have become apparent, rebel forces across the country are now attempting to replicate this model by setting up joint operations rooms across Syria.

Both Jab­hat al-Nusra and Ahrar al-Sham, as well as some other groups who are Islamically minded, routed and undermined the western sponsored groups, which paved the way for the Islamic minded groups to take on the regime in idlib. US and regional attempts to channel support to the Free Syrian Army’s Harakat Hazm and the Syrian Revolutionary Front units collapsed when Jabhat al-Nusra defeated these groups. The Free Syrian army which has been supported by Turkish intelligence was effectively defeated when the rebel groups took over large tracts of North Syria. They were also humiliated time and time again by ISIS who took them on in towns even though they were outnumbered by them. The Hazzm movement, which was central to the covert CIA operation to arm Syrian rebels, collapsed in early March 2015, after a string of defeats, they eventually disbanded their units and folded into brigades aligned with the larger Islamic groups.[2] Previous western incarnations such as the Syrian National Council and its Military Council all suffered battlefield defeats against the Islamic minded groups. This made the Islamic groups the rebel groups to unify, merge and fight with, which has now allowed it to eclipse the other groups, who do not necessarily have an Islamic agenda.

Both Jab­hat al-Nusra and Ahrar al-Sham have shown they have become com­pe­tent in the use of heavy weaponry and com­plex, mul­ti­fac­eted oper­a­tions. Armored vehi­cles that were ear­lier seized from gov­ern­ment bases have been com­bined with tanks into larger armored for­ma­tions to carry out aggres­sive attacks with close infantry sup­port. These tac­tics in addi­tion to the effec­tive use of artillery fire and vehicle-borne impro­vised explo­sive devices were cen­tral to rebel suc­cess against well-defended enemy posi­tions in Idlib. The days have gone where such armored vehi­cles were used for defen­sive oper­a­tions but now they are being used by mul­ti­ple groups in com­plex oper­a­tions for offen­sive strikes. The rebels have also shown the effective use of Anti-tank guided missiles (ATGMs) such as the US.-manufactured BGM-71E TOW through deploying them from high ground against loyalist targets. Dozens of videos featuring rebel ATGM attacks have been posted to the Internet, showing the destruction of scores of government vehicles and fighting positions.

With the regime hav­ing to bat­tle across the length and breadth of the coun­try it has strug­gled when rebel groups have con­cen­trated forces for offen­sive oper­a­tions. The strength and successes of the rebel opposition has had an adverse effect upon the al-Assad regime and created all sorts of problems for its survival. Internal fissures have erupted within the regime. Al-Assad recently dismissed the heads of two of its four main intelligence agencies, which is unprecedented, after they quarrelled over the role of foreign fighters. One later died, reportedly after being beaten to death by the other’s guards.[3] Their sacking follows the departure of Hafez Makhlouf, al-Assad’s first cousin who was the general security chief of the sensitive Damascus bureau and who left the country, reportedly to Russia or Belarus, last autumn.[4] Makhlouf, Ghazaleh, and Shehadeh were all members of the inner circle, and their departure within six months indicates significant internal discord in the regime, which had not been seen during the war. Bashar al-Assad also recently ordered the arrest of Munther al-Assad.[5] Munther was not in the regime’s inner circle, but he is a prominent member of the Assad family. Signs of dissent within the regime support base are also growing. After tens of thousands of casualties, there are now strong signs that the relatively small Alawi community is tiring of the battle and wants out. The regime’s conscription drives in Latakia and Damascus have not met with public support.  Instead, there are stories of families trying to get their sons out of Syria.

The rebel forces have been on the defensive for nearly two years and they were stuck in a stalemate. But the beginning of 2015 has shown that the regime is beginning to crack after 4 years of battling across the country. What has taken place recently are tactical successes by the rebel forces and it remains to be seen if these can be translated into strategic successes, for this to happen the rebels will need to contend with western support and cover provided to the al-Assad regime as well as the military support provided to Syria by Iran. If the rebel forces can impact the pillars of the regime than the battlefield balance of power would drastically change. These pillars would be a fracture within the army, which currently has been almost halved. The nation’s intelligence services used to be the eyes and ears of the country and although significantly weakened they remain a central pillar of the regime. Whatever the outcome the players with a stake in Syria are all recalibrating their position in the country. Strafor posed the question that such players will be considering: “….the rebels have shown sufficient capabilities and successes that it is time to re-examine the question of what happens if they actually take the country.”[6]