In Part 6 of RO’s Arab spring — 4 years series, we analyse where Tunisia, the birthplace of the Arab spring stands. By Adnan Khan It was back in December 2010, 4 years ago, that the self-immolation of Muhammad Bouazizi created a sweeping wave across the region. No-one could have foreseen the impact this one act would have on the Muslim world, but it encapsulated the situation in the Muslim lands. The lack of economic...
13th April 20156 min

In Part 6 of RO’s Arab spring — 4 years series, we analyse where Tunisia, the birthplace of the Arab spring stands. 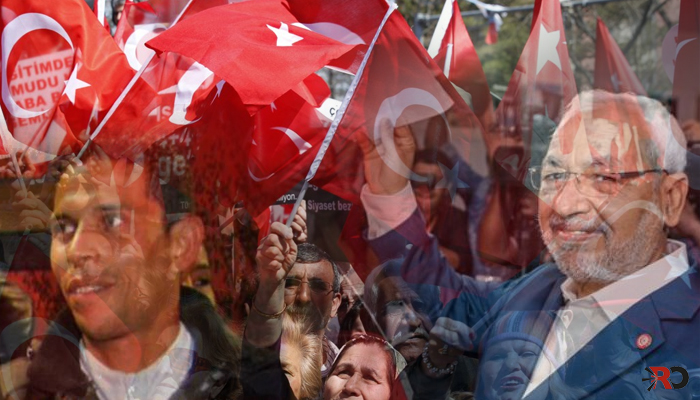 It was back in December 2010, 4 years ago, that the self-immolation of Muhammad Bouazizi created a sweeping wave across the region. No-one could have foreseen the impact this one act would have on the Muslim world, but it encapsulated the situation in the Muslim lands. The lack of economic opportunities, poverty, oppression, red tape, corruption and the lack of any meaningful long term prospects, drove Bouazizi to the edge. Within months Egypt, Libya, Yemen, Syria and Bahrain were witnessing history being made. For the people of Tunisia there was much hope that the region was on the cusp of real change. But four years on, the birthplace of the Arab spring has all evaporated as Ben Ali’s cronies are back in power.

When Ben Ali was overthrown in January 2011 an interim gov­ern­ment replaced him and elec­tions took place later in the year in Octo­ber 2011. The country’s Islamic group Ennahda won the leg­isla­tive polls, secur­ing 89 out of 217 seats and pro­ceeded to form a coali­tion gov­ern­ment with the sec­u­lar par­ties that won the sec­ond and third-highest num­ber of par­lia­men­tary seats. The rivalry between all these groups cre­ated polit­i­cal cri­sis at every junc­ture as they all jock­eyed for power. For many, having elections was considered progress from an era when Ben Ali monopolised the countries rule. But the elections that took place were flawed from the outset. The elections were for parliaments which were a relic of everything that was wrong in Tunisia. Rather than change and replace such a system, Ennahda entered the corrupt system and maintained the existing secular system.

As leaders of the constituent assembly, Ennahda was charged with the writing of a new constitution for the country. Despite running on an Islamic ticket, Ennahda immediately abandoned Islamic rule and began labelling it impractical. Ennahda declared it would not support making the shari’ah the main source of legislation in the new constitution, maintaining the secular nature of the state.[1] Ennahda’s leader, Rachid Ghan­nouchi, explained with regards to estab­lish­ing the Caliphate after its elec­toral vic­tory: “Def­i­nitely, we are a nation state. We desire a state for Tunisian reforms, for the Tunisian State. As for the issue of the Khi­lafah, this is an issue that is not one of real­ity. The issue of today’s real­ity is that we are a Tunisian State that desires reform, so that it becomes a State for the Tunisian Peo­ple, not against them.”[2] Ennahda insisted that it will keep the first article of the 1956 constitution. The article enshrined the separation of religion and state, stating that: “Tunisia is a free, independent and sovereign state, its religion is Islam, its language is Arabic and it is a republic.” Ghannouchi told journalists that the article: “is the object of consensus among all sectors of society; preserving Tunisia’s Arab-Muslim identity while also guaranteeing the principles of a democratic and secular state.”[3]

Despite abandoning Islamic rule, differences emerged with the other parties on a myriad of issues. The people of Tunisia grew frustrated with the delays in the formation of the new constitution, alongside the economic struggles that had persisted since Ben Ali’s presidency.  Mat­ters reached boil­ing point in Feb­ru­ary 2013 when Chokri Belaid, a promi­nent sec­u­lar oppo­si­tion leader was assas­si­nated. This trig­gered mass protests and riots across Tunisia. With the gov­ern­ment already strug­gling to rule, the killing of oppo­si­tion law­maker Mohammed Brahmi in July 2013 led to polit­i­cal gridlock. The ongoing demonstrations and public criticism by the secular opposition forced Ennahda to step down in October 2013 and allow a technocratic government to draft the new constitution. By January 2014, the new government had created and passed the long-awaited constitution, which effectively maintained the pre-Arab spring system

The elections of October 26 2014 saw the reversal of Ennahda’s fortunes and the return of the secular groups, including many cronies from the Ben Ali era. Many in Tunisia united on the post-Ben Ali era, Ali Trabelsi, 38 told Al Jazeera: “I am not going to waste an hour or so queueing for nothing. Last time I voted [for Ennahda] and I haven’t seen any tangible changes. I even think it is going to be worse next time. I’d better earn a few dinars instead of going to vote.”[4] As the months turned into years Ennahda were unable to deal with any of the pressing issues affecting the lives of the people. Broken promises, paired with a struggling economy and violence for long fuelled cynicism of Ennahda. Everyday issues such as poor rubbish collection and widespread joblessness prompted many to say things were better under Ben Ali. Despite receiving the support of the masses only a few years ago, Nidaa Tounes founder, Beji Caid Essebsi, an 87-year-old veteran of both the Bourguiba and Ben Ali regimes, returned to power. Ben Ali’s cronies were back in power.

The people of Tunisia took to the streets in one of the most repressed countries in the Middle East to put into the dustbin of history its brutal ruler who for long oppressed them. Many put their faith into Ennahda and its Islamic call, as it resonated with their beliefs. Very quickly though Ennahda faced with basic challenges in governance, began to abandon Islam, assuming this would preserve their rule. Whilst Ennahda went to great lengths to demonstrate its Islamic credentials to the masses, it went to even greater lengths to demonstrate its moderation to the West. Ennahda’s political calculations were all rooted in personal partisan gains. They believed that the Islamic system could only be implemented gradually. Once in power Ennahda lacked much in policy and they went on to argue that Islamic solutions aren’t ready to deal with problems such as poverty, unemployment and development. They believed implementing Islam would scare minorities, scare investors and scare the international community. Ennahda’s officials went to great lengths to explain how Islam must be applied gradually and how it was impractical in Tunisia. Ennahda abandoned Islam and failed utterly even when it attempted to rule with secularism. Ennahda effectively used the peoples Islamic sentiments to come to power, and once in power it presented the impracticality of Islam as a justification for its own incompetency.

Part 3 — Yemen — From Eupho­ria to Disintegration