By Adnan khan On the evening of April 2nd, Iraqi Prime Minister Haider al-Abadi announced the liberation of Tikrit.[1] The Iraqi flag was raised over the local government building to signal the central government’s control and talk of recovering Mosul is now being touted. Tikrit is currently the only major Iraqi city to be retaken from ISIS, who in spectacular fashion in 2014 humiliated the Iraqi army in Mosul and then began to conquer the...
9th April 20156 min 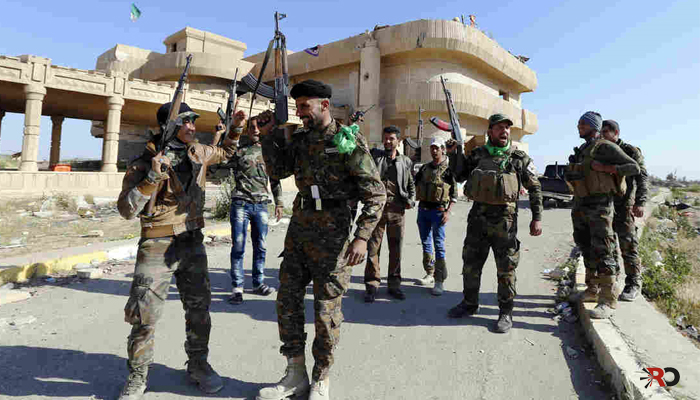 On the evening of April 2nd, Iraqi Prime Minister Haider al-Abadi announced the liberation of Tikrit.[1] The Iraqi flag was raised over the local government building to signal the central government’s control and talk of recovering Mosul is now being touted. Tikrit is currently the only major Iraqi city to be retaken from ISIS, who in spectacular fashion in 2014 humiliated the Iraqi army in Mosul and then began to conquer the Anbar province all the way to Baghdad.  Despite considerable US aid, military equipment and training the Iraqi army and government could do nothing as ISIS expanded its territory. After the US intervention when the Kurdistan Regional Government (KRG) was on the verge of collapse it will soon be a year since the Iraqi government began to take back territory it lost. Tikrit is now being held as a model template to retake Iraq from ISIS and an eventual assault on Mosul itself. On closer inspection the Tikrit operation reveals glaring gaps in Iraqi capabilities and the successful operation had little to do with the Iraqi army.

The offensive to recapture Tikrit, which is 125 kilometres north of Baghdad, that began on 1 March 2015 was never an Iraqi government operation. For all intents and purposes it was an Iranian operation. Of the 27,000 troops involved most of them were Shi’ah militia organised, trained, armed, advised and led by Iranian officers. The whole operation for Tikrit was supervised by Major General Qasim Suleimani, the head of the Quds Force – the elite special operations wing of the Revolutionary Guard Corps (IRGC) of Iran.[2] The 27,000 militia advanced in three columns and after three days the attack force moved 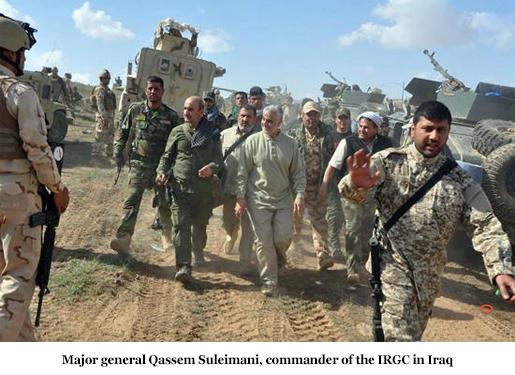 into the suburbs of Tikrit, but then struggled to defeat the resistance in central Tikrit. The fact that Iran led this operation shows the Iraqi troops are in no position to handle such large-scale urban warfare. The operation also shows that Iran will have to provide security to Iraq for the foreseeable future just as it has been doing since the US constructed Iraqi government emerged in 2006. It is Iran that has propped up the government in Baghdad and it is clear now the US and Iran are on the same page with the future of Iraq – i.e. Iran will maintain the US constructed political architecture. and then to launch a large, sustained attack to break the back of ISIS in central Tikrit. This was always going to be a hard task considering ISIS have had 7 months to fortify their positions, entrench themselves and set traps for the advancing militias. Through the use of artillery and mass bombardment the areas around Tikrit where cleared in order to descend on central Tikrit where ISIS had dug in. As this type of strategy lacked precision strikes the areas cleared required house-to-house clearing and this is what caused most of the casualties in the Iranian-Iraqi militia forces.  Iran trained these troops to view this battle as a Sunni-Shi’ah war with death and martyrdom a central component of the strategy in order to advance. This type of warfare requires mass murder in the form of an epic bloodbath just to clear and advance one’s forces. As this is a primitive form of urban warfare it is unable to crack fortified positions, which is why by mid-March the whole operation came to a virtual standstill as a small pocket of resistance was able to stick out in central Tikrit and still cause disproportionate casualties to the Iranian-Iraqi advancing militia.

The intervention of US airpower from March 20, is what turned the tide in Tikrit as the operation had stalled. This required Iran and the US to coordinate strikes in Tikrit in order to avoid hitting locations where the militias were operating. The US airstrikes reinvigorated the stalled offensive as it damaged the ISIS positions that remained in central Tikrit allowing the militia forces to push into central Tikrit and finally take the city completely. This caused a fracture within the Shi’ah militia groups who disagreed with the US intervention, leading to one faction to leave the war.[3] But this type of operation which places the Sunni-Shi’ah sectarian history as a central motivation led to looting, summary executions and sets a dangerous precedent for future operations.  Due to the lack of military capability, incompetency and overall lack of training both the Iraqi and Iranian government have been forced to use other means of motivating its troops as strategy, vision and tactics is not what binds them together.  This is why the militias engaged in mass executions and widespread looting and destruction of property in Tikrit since it was recaptured.[4] As many as 76 people were summarily executed by militia forces, who dragged the bodies through the streets.[5] The fact that Tikrit was the political base of Saddam Hussein, who repressed the Shi’ah only added to the savagery, as many who were fighting were doing so for sectarian purposes.[6] As the Iranian-Iraqi forces head further north, this will only get worse.

In the battle for Tikrit, according to most estimates the Iranian-Iraqi force was facing an ISIS force which only numbered in the hundreds, up to 1000. But despite this small number, it was able to face-off to a force 25 times larger by holding out in a small urban pocket of Tikrit and cause disproportionate casualties to the advancing forces. This was due to the tactical use of Improvised Explosive Devices (IEDs) and snipers. The defending forces made strategic use of IEDs at chokepoints in the city. Thus whenever a concentration of forces occurred across central Tikrit, IEDs were utilised in order to cause saturation. Whilst the Iranian officers involved advanced slowly and cautiously, the militias (who made up the overwhelming numbers) criticised them for not undertaking bold moves, which they felt was holding them back. This caused significant deaths in the advance for the city.  The snipers really played the role of long range marksmanship, which caused the most casualties due to the large force structure trying to retake the city. Mosul is over 10 times the size of Tikrit, and were it not for US airpower the Iraqi-Iranian operation would not have progressed from its standstill.

Dislodging ISIS will take a major investment by the regional and international powers from every possible perspective the future of Iraq is analysed from. Whilst Iran has excelled in unconventional warfare, this works against conventional armies as the conventional force can be attacked by mobile forces that target critical supply lines. In this case ISIS is a guerrilla force that utilises unconventional tactics, which would cause a stalemate and a high rate of attrition against a similar force.  The Iraqi army played a small role in the battle for Tikrit and the Iraqi government only spurted propaganda of the battle in order to shore up support. Going forward even more external aid will be needed to shore up the country and the government and sectarianism will, in all likelihood, be a central policy in maintaining the US constructed architecture.

Libya, the Arab spring and Chaos

Game over in Arab spring Tunisia