By Adnan Khan Over the weekend of 28th and 29th March Syria’s rebel groups scored a major victory over the forces of Bashar al-Assad in the North-Western city of Idlib. Images and videos continue to trickle out of the city of the victorious rebel groups making Sujood (prostrating) and from the town’s population that remained, during the battle for the town, celebrating in the streets. Removing the regime from a second provincial capital is arguably...
31st March 20156 min 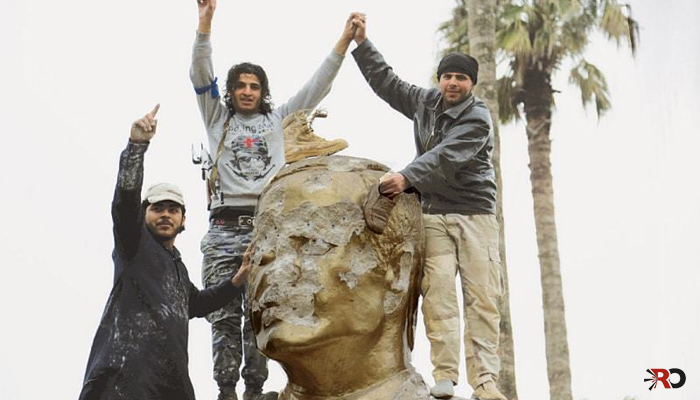 Over the weekend of 28th and 29th March Syria’s rebel groups scored a major victory over the forces of Bashar al-Assad in the North-Western city of Idlib. Images and videos continue to trickle out of the city of the victorious rebel groups making Sujood (prostrating) and from the town’s population that remained, during the battle for the town, celebrating in the streets. Removing the regime from a second provincial capital is arguably the biggest rebel victory since the fall of al-Raqqa to rebel forces in March 2013. Whilst a number of territories have been won by rebels and then lost, this is the first victory for the rebels for some time and the first since the emergence of ISIS in Syria. It remains to be seen if this victory tilts the balance of power in the Syrian uprising that has now surpassed 4 years. This is nevertheless a pivotal victory and a stark reminder for the international powers who are still trying to strengthen the moderate rebel groups over the Islamic ones. The independent and indigenous rebel groups, 4 years on, have not given up their objective of defeating the regime and continue to build their capabilities to do so.

Jabhat al-Nusra, Ahrar al-Sham, Jund al-Aqsa, Faylaq al-Sham, and Ajnad al-Sham, as well as a few other local groups have spent the past 9 months consolidating their positions around the capital of the Idlib province with the same name. It is the third provincial capital the government has lost after ISIS seized Raqaa to the east and rebel groups took Quneitra to the south. These rebel groups scored large victories against the Syrian military, such as the seizure of the major military bases around Maarat al-Nuaman. Jabhat al-Nusra has also driven out a number of the pro-US rebel forces such as the Syria Revolutionaries Front and Harakat Hazm.[1] Despite differences between the rebel groups, these differences were put aside as they established an operations room, a cohesive plan of attack, and ultimately executed the plan.[2] The four day assault on the provincial capital included the use of multiple vehicle-borne improvised explosives to target key parts of the city’s outer ring of defences that were protected by al-Assad’s forces. The assault then included multi-directional attacks to exploit the gaps the bombings created in the regimes positions. They then punched deep through two belts of defences around the city before the regime forces could successfully respond and re-establish their defensive lines. This was a complex strategy that ultimately cut through the regimes entrenched position in the city.

The leadership of the newly formed “operations room” named Jaysh al-Fatah was handed to Dr. Abdullah Muhaysinee, the Saudi born and educated cleric who can be found seemingly at most of the major battle fronts.  His leadership was respected but rarely was the leadership of the different groups in the hands of Islamically educated commander. Both Jabhat al-Nusra and Ahrar al-Sham have shown they have become competent in the use of heavy weaponry and complex, multifaceted operations. Armored vehicles that were earlier seized from government bases were combined with tanks into larger armored formations to carry out aggressive attacks with close infantry support. These tactics in addition to the effective use of artillery fire and vehicle-borne improvised explosive devices were central to rebel success against well-defended enemy positions. The days have gone where such armored vehicles were used for defensive operations but now they are being used by multiple groups in complex operations for offensive strikes. Due to problems in replenishing munitions and weapons platforms, al-Assad’s forces were able to score a number of victories by bleeding the rebels into stalemates that required tactical withdrawals. But with the regime having to battle across the length and breadth of the country it has struggled with this strategy when rebel groups  have concentrated forces for offensive operations. By the time regime reinforcements arrive, the town has long fallen. In Idlib, no reinforcements were even sent.

Both Jabhat al-Nusra and Ahrar al-Sham have cemented their status as some of the most competent rebel groups in the Syrian uprising. Both groups have shown they have the capability and proficiency in using armored vehicles, heavy weaponry and sophisticated tactics. The Idlib operation didn’t just require sophisticated offensive tactics, but also the capability to sustain their advances despite incurring significant leadership losses. Any organisation relies heavily upon competent leadership and the ability to seamlessly continue operations after losing combat leaders is vital for militant organisations, given the high casualty rate among the military commanders who invariably lead directly from the front. This prestige is already having its intended effect, on March 22nd  Jabhat al-Nusra absorbed Suqour al-Sham in a landmark agreement.[3] This enhanced prestige will inevitably attract other groups and as long as Jabhat al-Nusra and Ahrar al-Sham can avoid infighting they will completely undermine the US aim of prioritising moderate rebel groups over other groups.

Whilst the loss of idlib is not a strategic loss for the al-Assad regime, from every other metric it exposes the gaping holes in the regimes capabilities after four years of civil war in the country.  Al-Assad’s army numbered around 300,000 personnel before the uprising and has shrunk by 30-50% through desertions, defections and deaths, according to estimates from analysts, diplomats and security officials. Today al-Assad’s army is no longer capable of large-scale ground operations and is seen as unable to win large areas of territory quickly. The loss of a second provincial capital is a psychological blow. The regime must now defend its remaining isolated enclaves in Idlib Province, with a considerably weakened force. The inability to do so will affect al-Assad’s ability to maintain the support of his population base, which has already begun to show signs of war weariness. The fall of Idlib city now threatens the regime’s ability to defend Latakia Province to the southwest. Rebel forces remain active in the province’s eastern mountain ranges, where they recently advanced against regime forces to seize the town of Dorin on March 11.[4]

There have been numerous reports of assistance provided to the rebel forces from ordinary Syrians during the fight in Idlib. Many families, for various reasons, stayed behind in their homes while the fighting was intense.  The rebel groups seemed to be welcomed by the people on the heels of their victory. Immediately the rebel leadership announced that the non-Muslim inhabitants will not be required to pay Jizya (a tax that is paid by non-Muslims), as the rebel leadership cannot currently guarantee security. This is in stark contrast to reports of ISIS demanding Jizya immediately from their residents, detaining the women and taking some of them as slaves and making a slaughter in the town square on the heels of their successes and broadcasting it on youtube. However, a daunting task awaits whoever inherits the civilian leadership of the town. The real job begins now with governing over the people in a town that witnessed significant structural damage.

Yemen - From Euphoria to Disintegration

The Battle for Yemen