By Muhammed Mustafa Mastan & Adnan Khan Since the events of 9/11 a raft of legislation has been utilised to counter acts of terrorism. As the years went by further legislation was added to the existing anti-terror laws across the West, including non-violent extremism. Every subsequent terrorist attack has seen a raft of new additions such as restricting freedom of expression, abandoning rule of law and lowering the burden of proof. Much of this legislation...
9th February 20157 min 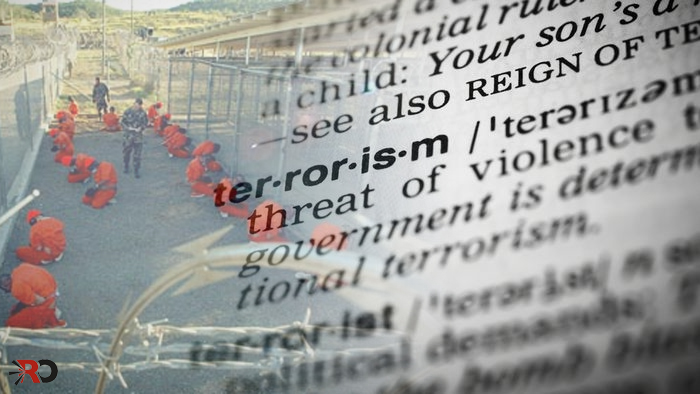 Since the events of 9/11 a raft of legislation has been utilised to counter acts of terrorism. As the years went by further legislation was added to the existing anti-terror laws across the West, including non-violent extremism. Every subsequent terrorist attack has seen a raft of new additions such as restricting freedom of expression, abandoning rule of law and lowering the burden of proof. Much of this legislation is at complete odds with western values, but all of this has been justified on the basis of foreign threats. The UK is currently going through the legal process of passing the Counter Terrorism and Security Bill (CTS), whilst Canada recently passed the new C-51 bill. France introduced new measures after the terror attacks against the Charlie Hebdo magazine whilst the conservative Liberal-National coalition government in Australia introduced some of the toughest anti-terrorism laws Australia has ever seen in late 2014. A closer inspection of such anti-terror laws shows at its heart it is political expediency, not security that is driving them.

Most of the anti-terror laws were originally passed in the West in a charged atmosphere straight after attacks had taken place, with governments arguing such powers were needed in order to deal with the terrorist threat. Government leaders argued if you have nothing to hide you have nothing to fear. “I had an authority to wiretap anyone, from you or your accountant to a federal judge or even the President, if I had a personal email. You don’t have to have done anything wrong, you simply have to have eventually fall under suspicion … and then they can use this system to go back in time and … derive suspicion from an innocent life.” These were the words of Edward Snowden, the former contractor turned whistleblower, exposing PRISM, a secret surveillance programme conducted by America’s National Security Agency. It was spying on an industrial scale, involving trawling millions of emails and the personal content of social media. The NSA used this information to profile dissenting communities; their demographic, social and cultural characteristics. Characterisations such as Islamists, extremists, conservative or traditionalists lumped millions of records of people together based on their views, thoughts and ideas. Communities falling within these labels were then targeted for surveillance. There are numerous other examples of abuse by governments and their security agencies which were highlighted by the Wikileaks cables and Edward Snowden.

The terrorist threat has been presented as so grave is based on secret intelligence that cannot be verified. The security services and domestic police force apparently need anti-terror powers to do their job in such a complex and dangerous world. The UK’s Home secretary said in November 2014 the UK faced a security struggle on “many fronts.” Police and security services need new powers as the UK faced a terror threat “perhaps greater than it has ever been.” “The time is right” for enhanced security measures.[1] A closer inspection of this claim shows it has been completely blown out of proportion and is built upon hysteria rather than any facts. The overall number of deadly terrorist attacks in the UK is very low by international standards. Between 2004-2013, the UK suffered 400 terrorist attacks,[2] mostly in Northern Ireland, not the UK mainland. In the Independent Reviewer of Terrorism Legislation’s annual report, published in 2012, it was revealed that, on average, bees and wasps are as big a killer in Britain as acts of terrorism. Five people per year are killed by bee or wasp stings, the report said, exactly the same amount, on average, of terrorist actions in the p ast decade. The pattern is similar in the US, The National Consortium for the Study of Terrorism and Responses to Terrorism (START) in its report: ‘9/11, ten years later,’ noted, excluding the 9/11 atrocities, fewer than 500 people died in the US from terrorist attacks between 1970 and 2010.[3] Since 9/11, a total of 238 American citizens died from terrorist attacks. According to the Consumer Product Safety Commission, the average American is as likely to be crushed to death by televisions or furniture as they are to be killed by a terrorist.[4] Western policy is completely disproportionate to what kills many of its citizens. More Americans die every year by drowning in a bathtub or are struck by lightning then in a terrorist attack.[5]

Every terrorist attack in a western city has been presented as an attack on western civilisation, yet immediately after these attacks western governments respond by passing pass laws that contradict their core values. It is an irony of post 9-11 political discourse that the ‘war on terror’ was billed as a battle to defend liberty. September 11th 2001 did not just result in the killing of 3,000 people but was also responsible for the slaying of a Western value system which has found it difficult to deal and adapt to the new challenges of the international environment. Under the guise of balancing security vs. liberty we have seen the suspension of the presumption of innocence, the right to a fair trial and the right to be aware of the evidence that is being used to imprison you. These supposed bedrocks of Western political tradition were all abandoned. Guantanamo Bay, Belmarsh, Abu Ghraib, Bagram, anti-terrorism legislation of all guises, stop and search, internment, torture, sexual humiliation, executive ordered arrests, detention without trial, rendition of suspects to despotic regimes and brutal interrogations, all show the political soul of western political tradition cannot be worth much when its abandoned in its defence.

The anti-terror laws passed in a raft of countries do not deal with the root causes of why people conduct attacks on western targets. Whilst politicians in concert with their media and mass indifference by their people blame senseless individuals who have been radicalized by clerics, who concoct attacks out of thin air. The narrative from western governments is an attempt to dragoon their populations into seeing the world the government’s way. A significant amount of research has been conducted by various think tanks and national organisations on the causes of terrorism and they are unanimous on the cause, which doesn’t fit the narrative of western governments. More than 95% of all terrorist attacks are in response to foreign occupation, according to extensive research conducted at the University of Chicago’s Project on Security and Terrorism, where every one of the over 2,200 suicide attacks across the world from 1980 to the present day were examined.[6] Dame Eliza Manningham Buller, the former head of MI5, told the Iraq inquiry in the UK, the security services warned Tony Blair launching the war on terror would increase the threat of terrorism.[7] Much of the anti-terror legislation includes glorification and vague definitions of non-violent extremism which has been used to silence dissent including raising the link between terrorism and western foreign policy. The anti-terror laws have been used to make such criticism illegal.

Terrorism, the use of terror or violence is a tactic utilised by a wide array of individuals, groups and states and something that has existed throughout history. Terrorism did not come into existence on September 11th, 2001. Terror or violence transcends across various fault lines and there is no single creed, ethnicity, political persuasion or nationality with a monopoly on terrorism. Individuals and groups of individuals from almost every conceivable background from late Victorian-era anarchists to tribal clansmen to North Korean intelligence officers – have conducted terrorist attacks. Despite this, western governments have presented terrorism as an existential threat. The people most at risk of terrorism are not in the West but the areas where the West fights its wars and proxy wars. Six of the country’s most at risk – Somalia, Pakistan, Iraq, Afghanistan, Sudan, Yemen – are the sites of Western wars, drone wars or proxy wars. The situation currently is the war on terror produces terror. And western governments exaggerate the threat in order to win acceptance of an unpopular policy. In doing so it demonises whole communities and ensures that a minority have additional motivation for committing terrorist attacks. This is the very definition of a counter-productive policy.

Who's who in Libya