By Ali Harfouch The declaration by the Islamic State of Iraq and Sham (ISIS), regarding its establishment of the Caliphate sent ripples around the world. Stretching from Diyala province, Iraq, to Aleppo, Syria, the declaration has placed the ‘Caliphate’ on the global map and led to a raft of responses by Muslims and Non-Muslims alike. The new Islamic State (IS) called for pledges from all groups and muslims, across the world[1] and requested for doctors,...
7th July 20148 min 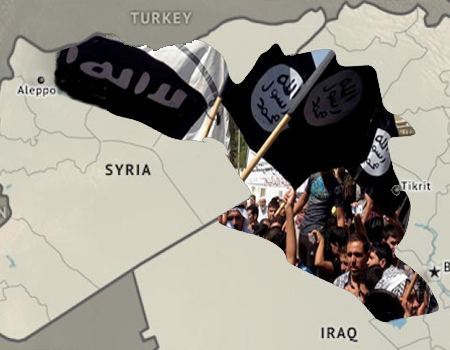 The declaration by the Islamic State of Iraq and Sham (ISIS), regarding its establishment of the Caliphate sent ripples around the world. Stretching from Diyala province, Iraq, to Aleppo, Syria, the declaration has placed the ‘Caliphate’ on the global map and led to a raft of responses by Muslims and Non-Muslims alike. The new Islamic State (IS) called for pledges from all groups and muslims, across the world[1] and requested for doctors, engineers, lawyers, economists and anyone with skills to migrate to the islamic lands and aid the building of the new caliphate[2]. The announcement, however,  has largely failed to achieve the centre of gravity the new IS had hoped, as many consider the Shari’ conditions not to have been met, whilst others have been sceptical of the declaration. Despite widespread support for the return of the Caliphate the ISIS Caliphate has struggled to gain widespread support and they’re five key reasons for this.

Firstly, contrary to popular opinion, the IS previously known as the ISIS did not emerge from the chaos which ensued from Syria’s uprising. Its origins date back to 2003 when the Jordanian war-veteran Abu Mus’ab az-Zarqawi founded the AQI (al-Qaeda in Iraq) after having formed Jammat at-Tawhid wal-Jihad in 1999. From the onset, az-Zarqawi’s movement was at odds with al-Qaeda’s leadership even before the two groups (Jammat at-Tawhid wal-Jihad and al-Qaeda) joined hands in Iraq. Points of divergence revolved primarily on issues of takfeer – the political and legal implications which follow from the pronouncement and vision.  The merging of these two movements however was as much tactical as it was pragmatic. These ideological differences coupled with Al-Qaeda’s decentralized nature provided Zarqawi and his nascent movement with the autonomy and power needed to form a faction which would later compete with al-Qaeda for leadership. In 2006 Zarqawi consolidated his power by creating an umbrella Jihadi group Majlis Shura al-Mujahedin. Shortly after, Zarqawi was killed and the new leader of the group, Abu ‘Umar al-Baghdadi declared the formation of ‘the Islamic State of Iraq’ – and later the ‘Islamic State of Iraq and the Levant’ until Abu Muhammad al-Adnani’s declaration of a Caliphate, leaving the organizations name to be simply ‘Islamic State’. A historical evaluation of the organizations evolution and relations with al-Qaeda and other movement’s makes it all the more clear that the rogue-nature and extreme discourse of the ‘Islamic State’ is nothing new.

Table: Evolution of the Organization[3]

Secondly, from an on-the-ground perspective, the exclamatory declaration of a Caliphate is more symbolic than it is, in any way, game-changing. It is symbolic in that the ideologues of the IS consider the Caliphate to be an entity which represents the entirety of the Ummah whereas the ‘Islamic State’ represents those Muslims living within its jurisdiction, those being, Muslims between the Syrian city of Raqqa and Iraq’s Diyala province. Also, it is symbolic of the movement’s consolidation of ‘power’ and its leverage over al-Qaeda. The declaration of a ‘Caliphate’ which historically was a symbol of Muslim unity only caused more schisms and divisions between the IS and other groups, individuals and organizations. The leading Jihadi ideologue and scholar, an old-time mentor of Zarqawi, Shaykh Abu Muhammad al-Maqdisi derided the declaration stating: “We will remain sincerely upon this religion, guarding/protecting it against all deviance’s and extremism and others distorted people. Either you fix yourself (ISIS), repent and stop spilling Muslim blood and distort this religion, or we will be against you with tongues like swords.”[4]

Thirdly, if the purpose of declaring the formal establishment of a Caliphate is to secure unity and global recognition, the newly-formed state falls nothing short of a paradox in that the reaction across the globe to the declaration was uniformly one of rejection and proved to be divisive. To what extent the IS has consolidated internal and external security (a condition for the Caliphate) is put into question when the Caliph, of all people, is unable to roam the streets of his capital city. Not to mention, Abu Bakr al-Baghdadi unlike his predecessor Zarqawi and others is a shadowy figure despite the ambiguous one-page biographies published by the IS. Nine major rebel groups in Syria, last Monday, issued a statement rejecting the new “Caliphate” as have Islamic figures and movements around the world, both inside and outside of Syria.[5]

Fourthly, much of the scepticism is based on the role ISIS has played in the  uprising in Syria. rather than standing-off against the al-Assad regime ISIS has been fighting against the rebel forces  and seizing territory which had already been under rebel control. ISIS adopted tactics such as blowing up civilians in market places, kidnapping of innocents for ransom, and execution of those from other Islamic groups who voiced criticism and political dissent. Its depiction of an existential war against all Shi’ah, in the past and present has led to condemnation from all quarters. In a recent message by Baghdadi he said: –  “Al Qaeda wants to forge links with the Shiites. They think the Shiites are their brothers even though they make takfir on all the sahabah and they believe the Quran is corrupted. Yet al Qaeda wants to forge links with them. When Isis takes a town either you leave shism or die. Isis cannot take jizya from them. They are a newly invented religion so no jizya can be taken from them.”[6]

Fifthly, administering a wide-range of public-services does not amount to the building of a state, as this requires apt statesmen who can develop and implement short-term and long-term strategies. Similar examples of ‘administration’ (versus state-building) include the Taliban experiment, the short-lived “Islamic State” in Somalia and the more recent “Emirate” of Mali. More so, this is not the first time al-Qaeda affiliates have ruled over large swathes of land; their rule over Anbar province was marked by failure, leading eventually to the emergence of “Sahawi” Sunni coalitions which drove the “Islamic State” out of power. The ability to take over large parts of Iraq and Syria should not be mistaken as being symbiotic of the movements power and ability to challenge the regional balance of power. The Islamic State is not engaged in an all-out war with Assad’s regime and Hizbullah or with the United States (as was the case for al-Qaeda) but instead it has pursued a policy of expanding within territory which has been either liberated by other rebels groups or territory which has been fraught with unrest and fell outside the scope of Maliki or Assad’s control, such as Mosul. In other words, the conditions from which the “Islamic State” are indicative of its inability to provide an actual counter to the regions political powers. In short, the “Islamic State” is the product of a security vacuum created by the Syrian conflict and Assad’s tactical toleration of the movement. Exploiting chaos has proven to be the most effective strategy for groups that cannot rely on a popular support-base

From a strategic perspective, the shift from a quasi-Islamic State to a “Caliphate” will mean that the movement must change its strategy and focus more on institution-building and stabilization. This will prove to be extremely difficult in the absence of a popular-support base, both inside and outside of the State, the absence of a coherent politico-economic vision that goes beyond the day-to-day administration of public affairs and the movement’s military vulnerability on all of its fronts. The new caliphate is yet to present a constitution or policies on the economy, domestic security and foreign policy. What the new state has learned very quickly is that proclaiming a caliphate through social media is one thing and actually constructing one are two very different things.

Why is the US Economy in Such Bad Shape?