By Adnan Khan Iraqi Prime Minister Nouri al-Maliki declared a state of high alert in Iraq on June 10 and asked Parliament to approve a state of emergency as the Islamic State in Iraq and Sham (ISIS) seized one of Iraq largest cities. The world’s media continues to digest the news of  ISIS’ spectacular capture of Mosul. The victory in Mosul and subsequent seizure of Tikrit has shocked many, as ISIS forces who numbered...
13th June 20147 min 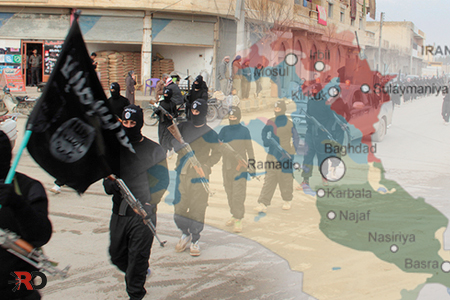 Iraqi Prime Minister Nouri al-Maliki declared a state of high alert in Iraq on June 10 and asked Parliament to approve a state of emergency as the Islamic State in Iraq and Sham (ISIS) seized one of Iraq largest cities. The world’s media continues to digest the news of  ISIS’ spectacular capture of Mosul. The victory in Mosul and subsequent seizure of Tikrit has shocked many, as ISIS forces who numbered a mere few thousand overran the Iraqi security forces that numbered  over 10,000.[1] One commentator described the situation: “ISIS has taken over from al-Qaida as the most powerful and effective extreme Jihadi group in the world. It now controls or can operate with impunity in a great stretch of territory in western Iraq and eastern Syria, making it militarily the most successful Jihadi movement ever.”[2] What is taking place in Iraq is the unraveling of the  American constructed political architecture and this can be seen from a number of perspectives.

Whilst the West has only now awakened to the chaos in Iraq, the situation

has been evolving for a few years and has now culminated in the loss of a large chunk of northern and central Iraq. Fallujah and the Anbar province were both at the heart of the insurgency against the US. Successive Iraqi governments marginalized the Sunni areas from real power due to their history as a center of resistance. This led to a tense stand-off in the Sunni dominated areas which has only exacerbated over the past year with protests and government repression. Nouri al-Maliki ordered an army offensive in Anbar in December 2013, using units from the Shi’a-dominated south, which led to the deaths of hundreds of civilians. In the two and a half years since the American departure, Maliki has centralized power within his own circle, cut the Sunnis out of the political process, and unleashed a wave of arrests and repression. In effect, Nouri al-Maliki, backed by the Shi’a tribes in the South of Iraq, after decades of suppression now dominate the country and view the Sunni minority as their main competitor.

Many of the Sunni tribes fought Al Qaeda along with US forces and the Iraqi government in 2008.  Osama al-Nujaifi, the speaker of Parliament and the highest ranking Sunni politician in Iraq, explained: “After gaining victory over Al Qaeda, those tribesmen were rewarded with the cutting of their salaries, with assassination and displacement.”[3] After their success, he said, the Sunni fighters “were left alone in the street facing revenge from Al Qaeda and neglect by the government.”[4] Events further escalated when US forces were reduced to just a few thousand, who remained in Baghdad and left security to the Iraqi government and its security forces. After the Americans left, Maliki disbanded the Sahwa militias, breaking a promise to integrate many of them into the regular army. He purged Sunnis from the government and cracked down on initially peaceful Sunni protests in Ramadi and Fallujah in late 2013. Many former Sahwa people joined ISIS out of despair. In the past six months ISIS has captured and held Falluja, less than an hour’s drive from Baghdad, taken over parts of Ramadi, capital of Anbar province and are battling for Samarra. 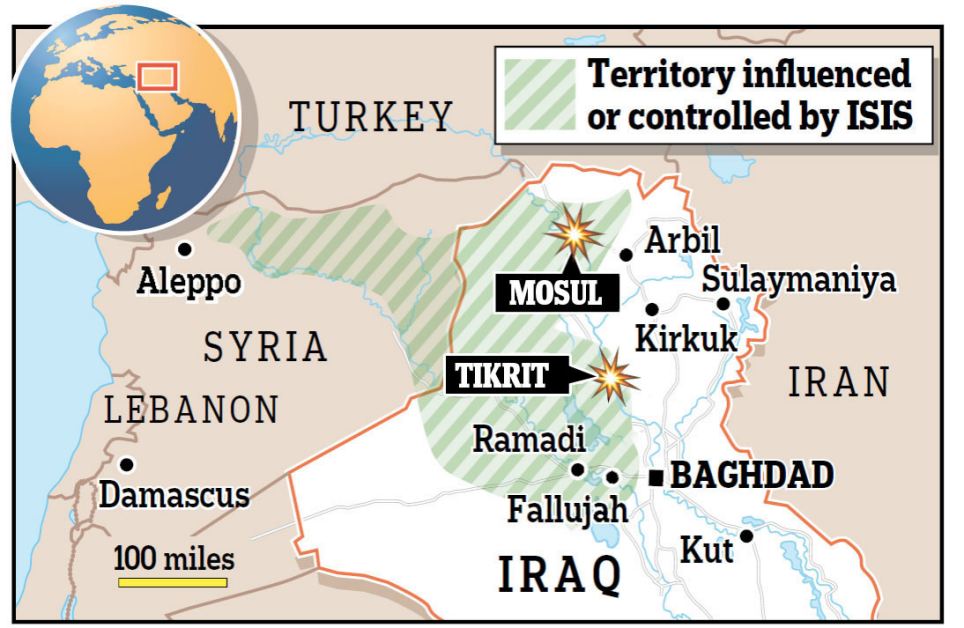 When Mosul fell, ISIS already had de facto control of the province of Anbar. ISIS has already expanded and strengthened its position in neighboring Nineveh province, of which Mosul is the capital. Whilst the ISIS takeover of the city and surrounding towns and villages was sudden, it was not surprising as Iraqi security forces were effectively cut from Baghdad to the north of the country. Iraqi security forces in Mosul comprised a full Iraqi army division supplemented by a federal police motorised division. These soldiers dropped their weapons, shed their uniforms for civilian clothes and blended in with the fleeing masses.[5] In the face of a few thousand fighters, that collapse quickly spread to other units and nearly the entire composition of the Nineveh and Tigris operational commands began a full-scale retreat. This allowed the ISIS along along with Naqshbandi Army, Jamaat Ansar al-Islam and Jaish al-Muhajireen  to quickly expand its presence South and East, facing no serious resistance. James M. Dubik, a retired American lieutenant general who oversaw the training of Iraqi forces during the so-called surge of thousands of US troops into Iraq in 2007 outlined the state of the Iraqi forces: “There are pockets of proficiency, but in general, they have been made fragile over the past three to four years, mostly because of the government of Iraq’s policies. They’re losing confidence in themselves and in the government’s ability to win. And the government is losing confidence in them.”[6]

ISIS has been successful across Iraq as it has utilized guerrilla hit-and-run tactics and kept Iraqi security forces dispersed and constantly under pressure. They have been strategic in their plans, targeting areas where security forces were weak but withdrawing from areas where security forces were concentrated and held superior fire-power. On a number of occasions, ISIS staged complex ambushes and surprise raids catching security forces off-guard in smaller unconventional numbers. The ISIS has benefited from the Iraqi border with Syria, which is beyond the Iraqi and Syrian regimes grip, allowing ISIS to move personnel and supplies freely. It took the coalition troops many years, with significant tribal  support to drive out the resistance from the Anbar province and Iraq’s northern areas. However in the matter of a few months, 5000 fighters or so have undone all that work. The reason for this is on this occasion central  government and the security forces in Baghdad are viewed as the enemy, whilst the ISIS are viewed as liberators, with many in Mosul saying they fear the regime rather than ISIS.[7] Now that ISIS has established a presence in western Iraq similar to what it has in eastern Syria, it will not be easy for outsiders to tread. If ISIS can survive and keep the tribes and the people on on its side it can consolidates its position and use this as a  launchpad for later offensives against Baghdad and Damascus.

With its political architecture at stake, America made it clear immediately that any form of military response to the militants would be on the table.[8] Early reports also show the Iraqi army, aided by Iran’s Islamic Revolutionary Guard Corps (IRGC) have been deployed in Iraq just as they were in Syria to prop up the Assad regime.[9] At Jummah prayers top Shia cleric Grand Ayatollah Ali al-Sistani called for Shi’ah to bear arms and fight the ISIS.[10]  Whilst the global debate has centered on the possibility of another western intervention, any such possibility will be clear evidence the decade long invasion and occupation of Iraq was nothing but an abject failure.

WW1: The Bloody War for Supremacy