By Mozimmal Hussain China’s leadership observed US President Barack Obama’s tour of the Asia-Pacific with close interest. China was noticeably absent on the President’s itinerary as he visited Japan, South Korea, Malaysia and the Philippines. The purpose of Obama’s visit was China, whom America’s Asia-Pacific Pivot revolves around. The Pivot is about containing China’s ambitions to dominate the region. For the Chinese, the US represents a foreign threat that it must contend with. For over...
1st May 20145 min 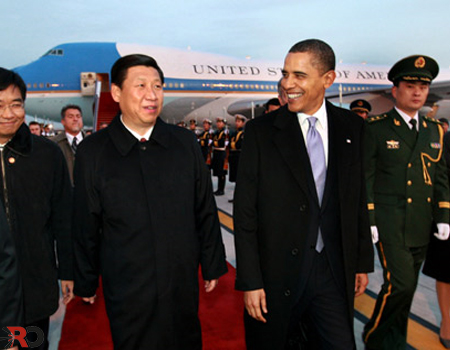 China’s leadership observed US President Barack Obama’s tour of the Asia-Pacific with close interest. China was noticeably absent on the President’s itinerary as he visited Japan, South Korea, Malaysia and the Philippines. The purpose of Obama’s visit was China, whom America’s Asia-Pacific Pivot revolves around. The Pivot is about containing China’s ambitions to dominate the region. For the Chinese, the US represents a foreign threat that it must contend with. For over a millennium the Great Wall of China has been the vast nation’s most enduring landmark. The Chinese have never been a world power in its four millennia history, a history which consists of internal struggles between various dynasties. This history led the Chinese to develop an insular mentality only interested in keeping safe within its borders. However three decades on from China’s opening in 1979, her ‘great victim mentality’ has given way to a ‘great power mentality’ and there are four aspects to this.

Firstly, after three decades of phenomenal growth, China has become the industrial factory of the world, producing many of the world’s consumer items. Domestically, government investment and exports are the twin engines of the economy. With the world’s largest population of 1.3 billion: feeding, housing, protecting, educating and maintaining such a vast population is an enormous challenge. This problem is also not new. For centuries, China has attempted to hold together a vast nation and has a long history of societal upheaval. Regularly through its 4000-year history everything came crashing down as each attempt at development failed. The death of Mao Zedong in 1976 led to the emergence of the reformist movement and chief architect of China’s current economic development – Deng Xiaoping. Under his leadership Special Economic Zones (SEZs) were created to export to the world and also give China’s vast population jobs. Once the coastal areas were developed the nation’s interior is scheduled to be developed with the wealth created.

Secondly, China’s manufacturing now consumes much of the world’s energy and needs much of the world’s raw materials, and this has created economic relations with the rest of the world. In the Asia-Pacific, China has focused upon a number of styles to tie the region’s economies to its own and to strengthen bilateral agreements and relationships to exclude interference from other powers.[1] China is the biggest trading partner of a number of neighbouring countries and is also the largest source of trade surplus for many countries that trade with China. This trade relationship is an important driving force for the economic development of these countries. Furthermore China is the largest source of foreign direct investment to the majority of its peripheral neighbours. However somewhat paradoxically, although these countries are dependent on China economically, they are dependant on the US politically and in issues of security. China has pursued a strategy of “Coercive Economic Diplomacy” where economic duress is applied to encourage nations to factor in Chinese interests when formulating policy. The failure of a joint statement by ASEAN countries in Phnom Penh and the withdrawal of Philippine vessels from Scarborough Shoal among other issues are examples of China’s use of its economic leverage over its peripheral neighbours.[2]

Thirdly, the 1991 gulf war had a major impact on Chinese military policy which had traditionally emphasised an extremely large but unsophisticated army, backed by a nuclear deterrent as the guarantor of Chinese security. The ease with which the US defeated large mechanised Iraqi formations both surprised and terrified Chinese military planners and hastened a comprehensive modernisation of the triad of Chinese military services.[3] The result of this process has been the development of indigenous capabilities to manufacture an almost comprehensive list of sophisticated weapon systems used in several ways to further Chinese military and political interests. These weapon systems ensure the security of the mainland from potential aggressors, giving the Chinese leadership the confidence to project power further afield.

Fourthly,  with the continued modernisation of its naval assets, the 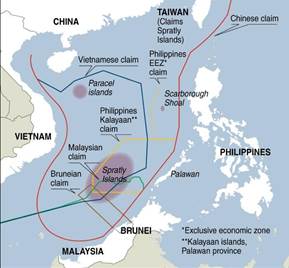 Chinese have been able to exert pressure on her neighbours in several unresolved territorial disputes ranging from the diaoyu Islands – over which China recently established a unilateral air defence zone – to the Paracel Islands which are disputed with Vietnam and Spratley Islands which are disputed with Malaysia and the Philippines. The more muscular approach taken by China is a reflection of its growing desire to dominate its periphery.[4] These modern naval assets have also allowed China for the first time to participate in international security initiatives which include the deployment of Chinese naval assets to the red sea for anti-piracy operations, guarding and escorting chemical weapons from Syria for destruction and participating in the search for the Malaysia Airline flight MH370, hence giving China an increased prestige amongst nations, especially its immediate neighbours.

China has undergone some radical changes in the last few decades. However these changes are not due to a transformation in its beliefs, but the confidence and ambition that she should be the dominant power in the region. The ambition driving China is its national interests rather than any ideology. This is different to the US as she possesses a vision that its culture and way of life should be the reference point for the whole world. The main obstacle for Chinese domination is a country that is not even a resident of its neighborhood. China has not devoted the advancing of any higher international ideological call such as communism or democracy. Ideology appears to be secondary in her bid to advance her national interests. Whilst many obstacles and challenges remain for China’s dominance of South-East Asia, its growing military and economic strength will propel it to increasingly challenge the US, to become the pre-eminent power in this important region.

REPORT: A History of US-Iran Relations

Rise of the New Pharaoh