By Adnan Khan  Ousted Ukrainian President Viktor Yanukovych was prevented from leaving the country by Ukrainian border guards on Saturday 22 February.[1] This was after the Ukrainian Parliament voted to remove him from power[2] after 2  months of street protests which culminated in scenes reminiscent of the Orange revolution in 2005. In a RO analysis in December 2013, Ukraine: The battle for the Edge, we concluded at the time that although demonstrations remained limited, with...
26th February 20146 min 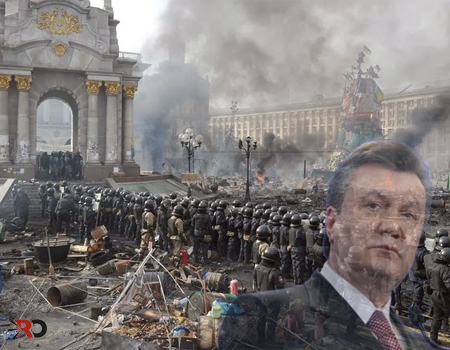 Ousted Ukrainian President Viktor Yanukovych was prevented from leaving the country by Ukrainian border guards on Saturday 22 February.[1] This was after the Ukrainian Parliament voted to remove him from power[2] after 2  months of street protests which culminated in scenes reminiscent of the Orange revolution in 2005. In a RO analysis in December 2013, Ukraine: The battle for the Edge, we concluded at the time that although demonstrations remained limited, with Western support they could grow, and as long as president Yanukovych did not undertake any actions that emboldens the protestors he will most likely survive. Very quickly,  in a matter of just two months the presidency of  Viktor Yanukovych has fallen apart. In analyzing the factors that have caused his downfall,  there are 4 fundamental issues that stand out.

Firstly, Viktor Yanukovych constantly emboldened the protesters with knee jerk reactions, and as a result, he was 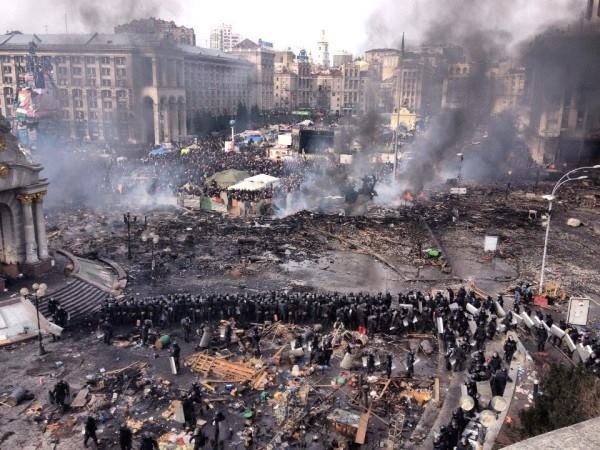 constantly backtracking on his decisions. The protests started in November 2013 when the Ukrainian government refused to sign a EU trade deal. Pro-EU protestors mainly from the West of the country took to the streets and the police response was beamed around nationally, raising the international profile of the protests. By December, protesters occupied Kiev city-hall and Independence Square,  turning the Square into a tent city,[3] which then became a rallying symbol for the protest movement. A worried Yanukovych consequently responded with new anti-protest laws which restricted the right to protest. This however only made matters worse and emboldened the protesters who took over a number of government buildings. This major escalation led to Yanukovyich offering concessions to the protest leaders in direct meetings. This truce was short lived as Central Kiev witnessed its worst violence, leading to the deaths of over 77 protesters in 48 hours.[4] Videos showed uniformed snipers firing at protesters holding makeshift shields.[5]

Secondly, the West played a direct role in directing the protest leaders, just as they did in the Orange Revolution. Many Western officials weighed in on the escalating situation in Ukraine. On 14 December US Senator John McCain visited the Ukrainian capital and met with key government and opposition leaders.[6] US Assistant Secretary of State Victoria Nuland visited Independence Square in the Ukrainian capital Kiev on Wednesday 11 December and met with 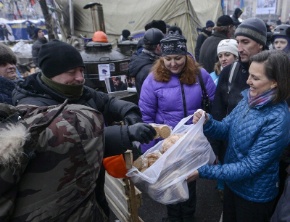 protesters.[7] On the same day Christin Ashton, the EU’s foreign policy commissioner also met with opposition leaders.[8] A telephone call was also leaked of US diplomat Victoria Nuland speaking to the US Ambassador to Ukraine, the contents revealed how both the EU and the US were relentlessly attempting to destabilize Ukraine. Nuland outlined who should not be the future leaders, and even remarked, “f*** the EU.”[9] The foreign ministers of France, Germany and Poland representing the Western camp brokered the deal between Yanukovych and the protesters, not the protest leaders, envisioning a new national unity government with constitutional changes to hand powers back to Parliament and early elections.

Thirdly, when Russian Prime Minister Dmitri Medvedev made it clear on Feb. 20 that “Moscow would not be beholden to a delegitimized leader like Yanukovych,”[10] and that Russia will only deal with “legitimate and effective authorities – a leadership which people aren’t wiping their feet on like a doormat.”[11] This was in hindsight the beginning of the end of Yanukovych who became president of Ukraine in 2010 on a pro-Russian ticket and executed all policies the Russians wanted of him. Russia even postponed the promised $15 billion loan to the Ukrainian government after it pulled out of the trade pact with the EU in November 2013, which triggered the instability.[12] Yanukovych frantically tried to reshuffle his security and intelligence chiefs as defections increased. Yanukovych’s own party began to desert him:[13] 72 deputies left the party, and the remaining deputies supported opposition demands of impeaching Yanukovych and firing the General Prosecutor. Virtually all state institutions across Ukraine remained loyal to Yanukovich only a week ago – yet in an extraordinary turn of events, everyone abandoned him once Russia made clear it no longer supported him.

Fourthly, Yanukovych’s term as president was characterised by incompetency and authoritarianism. Yanukovych steamrollered measures through the legislature with little regard for parliamentary procedures. He got the Constitutional Court to invalidate constitutional amendments adopted during the Orange Revolution. He formally 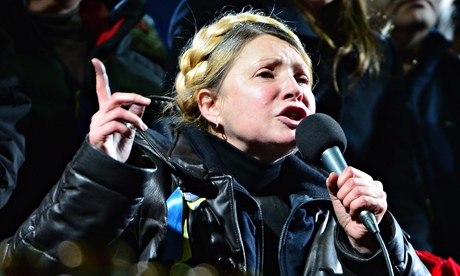 ended Ukraine’s attempts to join NATO and agreed to extend the lease for Russia’s Black Sea Fleet in Crimea until 2042 from the original withdrawal date of 2017. He then began targeting those who could threaten his rule. Yuliya Tymoshenko was convicted of abuse of power arising out of her role in signing a natural gas supply agreement with Russia and sentenced to seven years in prison. Then in January 2012, she was also charged with the murder of a member of the Ukrainian parliament. He jailed many other opposition leaders, seized control of media and made his family very wealthy.

Never has a country been on the receiving end of so many revolutions in such a short span of time. Since the dissolution of the Soviet Union, Ukraine has seen 3 revolutions. Despite this, the leaders have generally remained the same. Viktor Yanukovych was ousted in the Orange Revolution, but clawed his way back and became president in 2010, only to be ousted once again. He will in all likelihood be back again. The return of Yuliya Tymoshenko, one of the leaders of the Orange Revolution, who lost out to her competitor Yanukovych, has also (very conveniently) resurfaced once again. Ukraine is a house divided and many of the opposition leaders do not necessarily represent the views of the opposition. Whether it’s a Western inspired revolution or a Russian inspired one, both have proven to have changed very little in Ukraine.

The Geopolitcal Importance of the Oil Industry