By Adnan Khan   On February 14th the Russian daily newspaper, Vedomosti, reported that Russia and Egypt were nearing a $3 billion arms purchase agreement. This agreement is to be financed by Saudi Arabia and the United Arab Emirates. Despite decades of significant arms acquisitions and its significant size, the Egyptian military is dependent on a large number of outdated weapons platforms. Its relationship with the US has rendered its posture ineffective in its region...
19th February 20145 min 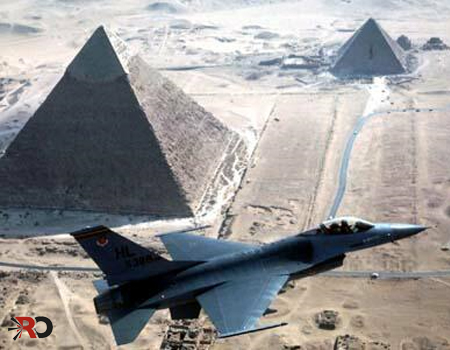 On February 14th the Russian daily newspaper, Vedomosti, reported that Russia and Egypt were nearing a $3 billion arms purchase agreement. This agreement is to be financed by Saudi Arabia and the United Arab Emirates. Despite decades of significant arms acquisitions and its significant size, the Egyptian military is dependent on a large number of outdated weapons platforms. Its relationship with the US has rendered its posture ineffective in its region and turned it into an army better suited for internal policing than mounting intricate military operations. Since ensuing peace with Israel in 1979, the Egyptian army has devoted the balance of its focus on internal security and maintaining its dominant position in Egyptian politics. The military’s posture and focus, more so than its weapon platforms, need modernization and reorientation.

The Egyptian military has a force of 468,000 active personnel and a reserve force of 479,000. It is a land-centric force, with the ground forces overwhelmingly dominating the whole organization. Egypt’s armed forces equipment consists mainly of US equipment and older Soviet systems; their 4,145 tanks are composed of 1,716 M60 Pattons from 1960, which came from excess German stocks left after reunification and have undergone numerous upgrades. Most of Egypt’s 1,130 US M1 Abrams tanks are not used and remain in storage. [1] For personnel mobility, Egypt’s inventory of Armoured Personnel Carriers or APCs are from the Vietnam era and consist of Soviet and US platforms. The ground forces’ mobility is possible through 2,447 M113 APC’s, made by the US during the Vietnam War. Shana Marshall of the Institute of Middle East Studies at George Washington University highlighted: “There’s no conceivable scenario in which they’d need all those tanks short of an alien invasion.” [2] For the small geography Egypt needs to defend, just 35% of the nation’s 1 million square kilometers is actually inhabited. The size of Egypt’s ground forces is massively disproportionate and a huge strain on the nation’s finances – this is the reason why there is a high proportion of aging equipment.

The Egyptian armed forces are dominated by its land forces and as a result its air force plays a small role in the overall military posture. Since 1977, it has seen virtually no combat but has participated in numerous exercises. Egypt’s combat aircrafts are dominated by 220 US F-16s of various types  and 76 French Mirages from the 1960’s. In 1962, Egypt undertook a major program with the help of West German technicians to design and build a supersonic jet fighter; however, the government terminated the project because of financial strains caused by the 1967 Six Day War with Israel. Egypt has crashed more F-16s than any other operator and the training of its pilots is considered by all experts as inadequate. [3] The military thereafter focused on co-production deals and producing weapons systems on license. This involves the assembling of kits provided by foreign countries, but in Egypt’s case, no technology transfer has taken place, especially for its keystone systems, i.e. M1 Abrams tank and  the F-16 Fighting Falcon.

The Egyptian Navy (EN) was set up in the 1960’s and was largely neglected for more than a decade. The majority of the navy was created with the help of the Soviet Union and received ships in the 1980s from China and the West. The navy and coast guard currently consist of 221 ships and crafts, as well as 4 Romeo class submarines, which are a class of Soviet diesel-electric submarines built in the 1950s. The Soviet Union only completed 20 of the 56 submarines that they intended to build between October 1957 and December 1961 because of the introduction of nuclear submarines into the Soviet Navy. By today’s standards, Romeo class submarines are considered obsolete, but they still have some value as training and surveillance vessels. Considering the fact that Egypt has a coastline of 2000km to protect, it has a disproportionately small navy.

The Egyptian Armed forces are highly politicised, which has distracted it from its role of national security. As a result,  the army leadership has focused on maintaining the army’s role in the economy and its economic interests rather than developing a highly trained force with the capability to wage war. Therefore, the military has played a central role in protecting US interests in the region. Ever since the military coup in 1952, the US has showered the Egyptian military with bribe money (aid) in excess of $30 billion to maintain the balance of power in the region, particularly through normalizing relations with Israel. [4]  The greater the role the US has taken in building up and sustaining Egypt’s army the greater the influence America has had on Egypt’s posture. That influence has translated into making Egypt a manpower and resource intensive force, which has ensured that Washington maintains control over the country’s strategic and decisive capabilities.

Whilst Egypt’s forces are considered the strongest when measured relatively to the nations of Africa and the Middle East, this metric does not encapsulate the fact that the region’s militaries are generally weak and lack capability. The Egyptian forces purpose, posture, doctrine and capabilities are completely out of sync with what it can and should achieve. It possesses one of the largest armies in the world, yet is required to defend a relatively small area of populated and strategically significant territory . This large force, rather than posture towards offensive operations, is completely internal-centric, designed to maintain the army’s hold on the nation. Its only external focus is to protect US interests by protecting Israel. Every year, the US Congress appropriates more than $1 billion in military aid to Egypt. But that money never gets to Egypt. It goes to the Federal Reserve Bank of New York then to a trust fund at the Treasury and, finally, out to US military contractors that make the tanks and fighter jets that ultimately get sent to Egypt. [5] Whether it’s from the US or Russia, Egypt’s current military posture will only maintain this scenario no matter how much military equipment it purchases.

Beasts of the Seas - Aircraft Carriers

Erdogan, Gulen and the US