This is the 6th and final installment of RO’s series on the third anniversary of the Arab Spring By Adnan Khan In the first installment of RO’s Arab Spring series we examined the challenges that faced the Muslims of Libya after living under the totalitarian state of Gaddafi. Despite suffering under the brutal rule of Gaddafi for decades, the people of Libya still face immense challenges in the post-Gaddafi landscape. In the second installment,...
25th January 20147 min 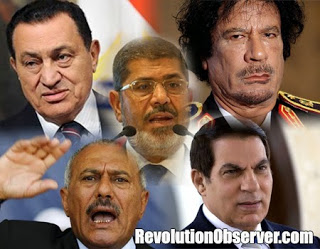 This is the 6th and final installment of RO’s series on the third anniversary of the Arab Spring
By Adnan Khan
In the first installment of RO’s Arab Spring series we examined the challenges that faced the Muslims of Libya after living under the totalitarian state of Gaddafi. Despite suffering under the brutal rule of Gaddafi for decades, the people of Libya still face immense challenges in the post-Gaddafi landscape. In the second installment, we looked at the birthplace of the Arab Spring – Tunisia and concluded that the country remains in political gridlock and has failed to make progress in a Ben Ali-free world. In part 3 we analysed Yemen and concluded there was only a transfer of power within the ruling elite. In part 4 we analysed Egypt and concluded the military succeeded in completely reversing the gains made during the Arab Spring. In part 5 we assessed the uprising in Syria and concluded the uprising was unique in its Islamic character, has persisted against all odds, and the West has failed to cultivate an alternative to Assad’s regime. In this 6th and final installment, we make the following conclusions on the third anniversary of the Arab spring.
Firstly, in all the countries where rulers were overthrown, be it Tunisia, Egypt, Yemen or Libya, anarchy and chaos has replaced the initial euphoria. The new groups and parties that emerged victorious all failed to consolidate their authority and make effective use of the region’s mineral wealth. Despite the region possessing abundant energy resources, many nations have large young populations who remain unemployed, with employment opportunities remaining scarce. Economic underdevelopment, inflation and maldistribution of wealth continue to be the norm in the region. With governments unable to solve these issues, the masses returned to the streets. In Libya the collapse of the regime created a political vacuum as Gaddafi controlled every aspect of Libyan society. An internationally recognized central government failed to manage this political landscape, and this led to the emergence of local and tribal groups competing  with the central authority in Tripoli. Local city councils and militia groups filled the void as the central authority, plagued by differences and incompetence, struggled to agree on almost anything. Today Libya is divided into regions, with little power in the centre.
Secondly, in the countries where elections took place, voters in their millions expressed their opposition to secular liberal values and voiced their strong desire for Islamic government. Islamic parties went to great lengths to demonstrate their Islamic credentials to the masses in their election campaigns. Once in power, not only did those parties go to great lengths to demonstrate their moderation to the West, but they eventually abandoned Islamic rulings completely. The masses in Tunisia voted for Ennahda due to their Islamic credentials. Once they won the elections in 2011, Ennahda made it perfectly clear they had no plans to implement Islam. Ennahda openly declared it would maintain the existing system, albeit with some cosmetic changes, but Islam will play virtually no role.[1] Rachid Ghannouchi, explained with regards to establishing the Khilafah: “Definitely, we are a nation state. We desire a state for Tunisian reforms, for the Tunisian State. As for the issue of the Khilafah, this is an issue that is not one of reality. The issue of today’s reality is that we are a Tunisian State that desires reform, so that it becomes a State for the Tunisian People, not against them.” [2]
Thirdly, the most salient feature of the Arab rising has been foreign interference. Although the initial uprisings in the region were by the people, these were quickly hijacked by the West who propped up alternative groups, individuals and organisation to ensure real change did not take place. The US invested heavily in the Syrian National Council (SNC) to act as an opposition that the US would negotiate with and also enter into talks with al-Assad regime. The US did this despite the National Coalition having little support on the ground. [3] The West continues to prop up al-Assad regime by giving him cover through initiatives such as Geneva 2. The fundamental reason why the Arab Spring has for the moment failed to reach its eventual objective of real change is because the West, wanting to maintain the status quo, has acted to subvert the movement’s most promising changemakers.
Fourthly, what constitutes Islamic rule remains opaque in the minds of the people. The backlash against the MB in Egypt and Ennahda in Tunisia has been due to their inability to improve living standards, inflation and prosperity rather than their abandonment of Islam. Ennahda openly abandoned Islam, whilst the MB in Egypt tried to justify their abandonment of Islam by claiming that Islam ought to be applied gradually. [4] All of this indicates that public opinion exists for change and also for Islam, but the shape and form of Islamic rule remains vague in the minds of the people. As a result, liberal Islamic groups have been able to navigate away from applying what they promised. In Egypt specifically the ummah was not clear of what to change to, it was clear on the fact it wanted change. Due to this the underlying system remained in place with only the personnel changing.
At the beginning of 2014 and on the third anniversary of the Arab spring, aside from the Syrian uprising, the others that took place have all ground to a halt as those who espoused Islam are in reality maintaining the pre-revolutionary systems. They are attempting to keep the West happy with their moderation and the people that voted for them happy by making cosmetic changes, whilst all the while keeping in place the secular systems and protecting Western interests. Syria is the only country where the uprising remains a work in progress and will in all likelihood determine if the Arab spring leads to real change and actual independence.

The Origins of the Oil Industry

The Emergence of Oil as a Strategic Commodity