By Ali Harfouch The return of the ‘old guard’ in Egypt following a violent coup d’etat has had repercussions far beyond Egypt and the Middle East. Shockwaves have been felt by the Obama administration as it struggles to cope with the recent developments. With events moving rapidly since the beginning of the Arab spring in 2011, the options for the United States are quickly running out. This represents serious implications for America’s influence in the...
29th August 20135 min 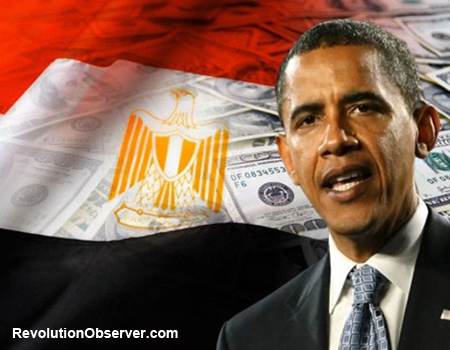 By Ali Harfouch
The return of the ‘old guard’ in Egypt following a violent coup d’etat has had repercussions far beyond Egypt and the Middle East. Shockwaves have been felt by the Obama administration as it struggles to cope with the recent developments. With events moving rapidly since the beginning of the Arab spring in 2011, the options for the United States are quickly running out. This represents serious implications for America’s influence in the region.
Since the 1979 Egypt-Israel peace treaty, Egypt has been a key ally of the US in the Middle East. The US relies on its allies in the Middle East and North Africa to protect the provision of ‘security’. The militaries serve as optimal allies because they possess the natural power needed to preserve a legacy of ‘security’ and existing power-relations. Whereas political institutions rely on nominal and dependent power that are usually neutralized through coups, revolutions and external threats. The ‘Arab Spring’, however, poses a new challenge to the US: a new political actor, no longer relying on nominal and dependent political channels, emerged. This showcases diverse societal and civilian forces, relying on revolutionary activities, to exert pressure in order to have a set of demands met. This put the US in a difficult position as the emerging civilian forces in the Middle East carried anti-American sentiments- regardless of their place on the ideological spectrum. More so, the toppled political regimes who governed the existing authoritarian structures left the US with no other secured channels of influence besides the military elites like the Egyptian Supreme Council of the Armed Forces (SCAF).
Furthermore, the coup d’etat in Egypt created a difficult situation for the US by removing the nation’s first democratically elected president with bloody scenes reminiscent of the Tiananmen Square massacre. According to ‘The Foreign Assistance Act of 1961’ Section 508 the United States must suspend military aid if a military coup were to occur.”[1]
It was therefore no surprise that the Obama administration fell short of recognizing the events in Egypt as a military coup, going as far as to claim that the army in Egypt had restored democracy.[2] As of now, the US has held back from cutting off military aid to the Egyptian military and has yet to move beyond the rhetoric of condemnation. President Obama’s ambiguous remarks, during his vacation in Martha’s Vineyard,[3] reflected this legacy of US-Egyptian complicity and gave no indication of any change in US policy. This “complex situation”, as the White House put it, has created a dilemma for the US in which its only options are regressive and likely to backfire.[4]
These options are:
1) Cutting off military aid to the Egyptian military. This would essentially end the existing mediums of US influence in the region. With no remaining pillars of support in the Middle East, it is unlikely that the US could designate the same clientist-role, fulfilled by the SCAF, to civilian or societal factions.
2) Maintaining ties with the Egyptian military by continuing to finance its forces. In turn, this would diminish any hopes of pursuing a policy of ‘democracy promotion’ initiated following the failures of the Bush administration to quell “extremism”. Paradoxically, a pragmatic alliance to maintain ‘stability’ would undermine stability by increasing the bitterness between the client-regime and the Islamic factions.
3) Mediating a compromise between the Muslim Brotherhood and the military. The political actors involved are both unlikely to settle for a pragmatic mediated compromise based on mutual concessions. Firstly, the United States has, as Senator McCain noted, lost much of its diplomatic credibility,[5] with each side of the conflict in Egypt trying to garner support by claiming that its opponents are backed by the United States. Secondly, both the “Islamist” societal and civilian forces and the incumbent PM Hazem al-Beblawi have emphasized that reconciliation is no longer an option. The compromise between the revolting civilian factions and the conservative reactionary ‘old guard’ – made possible by a prematurely aborted revolution – has crumbled. It was precisely these contradictions that the compromise embodied which resulted in the polarization and the inevitable dramatic events on June 30.
To conclude, the legacy of the partnership between the United States and the Egyptian military has been heavily represented by passiveness and complacency. As it currently stands it is unlikely for the United States to “win Egypt” after having created the very same power-configurations that would lead to its demise. The remaining three options available to Obama are to be seen as non-optimal, from which his administration must choose the least ‘damaging’ to the country’s ‘interests’ abroad. What is clear however, regardless of the options pursued, is that a strategy based on ‘soft’ power and ‘democracy promotion’ is all the more unlikely to remain a practical vision for the Arab-Muslim world.
[1] http://transition.usaid.gov/policy/ads/faa.pdf
[2] http://www.bbc.co.uk/news/world-middle-east-23543744
[3] “Obama Struggles To Find Effective Egypt Policy : NPR.” 2013. 29 Aug. 2013 http://www.npr.org/2013/08/18/213088735/obama-struggles-to-find-effective-egypt-policy
[4] “Obama signals support for Egyptian coup | The Daily Caller.” 2013. 29 Aug. 2013 http://dailycaller.com/2013/07/08/obama-signals-support-for-egyptian-coup-opposition-to-brotherhood/

Will the US Attack the Syrian Regime?