By Abdul Salam Abul-Ezz In the second and third weeks of June 2013, Al-Jazeera News Channel aired a series of interviews (in Arabic) with leaders of the main armed groups fighting against Al-Assad regime in Syria.[1] Six interviews in total were conducted by Al-Jazeera correspondent Tayseer Allouni [2], a native Syrian who gained international fame for his exclusive interview with al-Qaeda leader Osama bin Laden following the attacks of September 11, 2001. Allouni was later...
24th July 20137 min 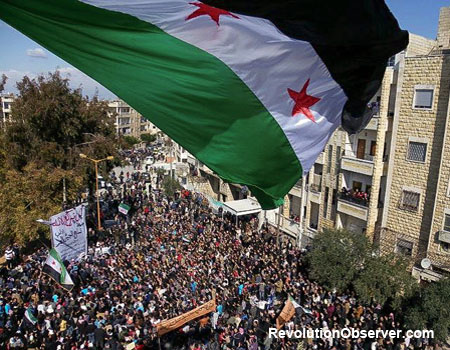 By Abdul Salam Abul-Ezz
In the second and third weeks of June 2013, Al-Jazeera News Channel aired a series of interviews (in Arabic) with leaders of the main armed groups fighting against Al-Assad regime in Syria.[1] Six interviews in total were conducted by Al-Jazeera correspondent Tayseer Allouni [2], a native Syrian who gained international fame for his exclusive interview with al-Qaeda leader Osama bin Laden following the attacks of September 11, 2001. Allouni was later jailed in Spain for 7 years on charges of aiding al-Qaeda, which he denied. The recent interviews with Syrian rebel leaders appear to have taken place in the rebel-held northern areas of Syria.
The importance of these interviews is in the fact that the world hasn’t heard much of the views of field commanders or actual fighters on the ground. The Syrian revolution has thus far been represented by political figures from the “National Coalition of Syrian Revolution and Opposition Forces” (Etilaf) [3]. Most fighters on the ground do not regard the coalition as a true representative of the revolution since most of its members have been in exile for many years (some for over 30 years). The political figures have been living in European and Arab hotels while the fighters and the people inside Syria suffered the atrocities of the Assad regime. The same sentiment was expressed in most of the interviews that are discussed further.
The rebel commanders interviewed by Al-Jazeera were:
It is worth noting that Jabhat al-Nusra (JN), the al-Qaeda affiliated group, was not represented in these interviews, although the commanders were asked about their position towards JN. JN is known to be smaller in size than any one of the groups mentioned above, even before it split into a group that follows the local leader, Joulani, and those who follow the Iraqi branch led by Baghdadi. [7]
The interviews revealed common ground between the rebel commanders which can be summarized as the following:
Whilst there was agreement on the above points, there were also variances in the expressed views. For instance, when asked where they get their weapons and monetary support, most commanders acknowledged receiving support from foreign states, although some of them considered it miniscule when compared to the support from Syrian individuals either inside or outside the country. Hassan Abboud, leader of Ahrar al-Sham, was the only commander who explicitly denied receiving any support from foreign governments. Nevertheless, there was a bitter sentiment expressed by Abdel-Basit Taweeleh; the only interviewed commander who wasn’t an Islamist, that the United States intentionally regulated the weapon supply to the rebels in order to prolong the revolution and hence, delay the fall of al-Assad. When asked about the perceived reason for that, he attributed it to protecting the state of Israel from an unknown future government in Syria.
Another point of variance was whether the rebel commanders anticipated having a role in the future government. Some commanders expressed a desire to go back to their former jobs, civilian or military, while others emphatically demanded a role in deciding the future of the country rather than leave it to the exiled figures represented by the Syrian National Coalition. They felt that the fighters on the ground must have a greater role in shaping the future Syria than the hotel dwellers.
All in all, the interviews showed a unique perspective from inside the Syrian revolution rarely portrayed in the media. Many attitudes displayed Islamic sentiments held amongst the majority of the rebels, and the desire to have a future Syria that is independent of Western interference or influence. The most important factor was the unanimous rejection of any negotiations with any elements from the regime of al-Assad, a stark divergence from the “flexible” attitudes expressed by “representatives” of the revolution based outside of Syria. [8]
[1] Al-Jazeera News Channel, “Liqaa Al-youm” http://www.aljazeera.net/programs/f3856abc-2800-4123-add6-bff07e17fc7e (Arabic)
[2] Wikipedia http://en.wikipedia.org/wiki/Tayseer_Allouni
[3] http://www.etilaf.org/
[4] https://www.facebook.com/Islamic.Syrian.Front
[5] http://www.foxnews.com/world/2012/12/08/syrian-rebels-get-new-leadership-in-bid-to-unite-increase-coordination/#ixzz2WxfGJpfI
[6] http://syrialiberationfront.com/
[7] The Telegraph. http://www.telegraph.co.uk/news/worldnews/middleeast/syria/10067318/Syria-Jabhat-al-Nusra-split-after-leaders-pledge-of-support-for-al-Qaeda.html
[8] BBC. http://www.bbc.co.uk/news/world-middle-east-21332136
previous