By Muzammil Hussain The battle for Syria has now been raging for over two years. Whilst most of the attention has been focused on various events and developments on the ground; there is another aspect to this war. That of the information war. If one was to follow the narrative of the Western media concerning the revolution in Syria, one would get the impression that the regime’s army is winning battle after battle and the...
18th July 20138 min 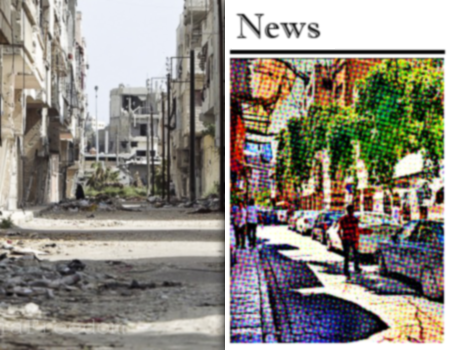 The battle for Syria has now been raging for over two years. Whilst most of the attention has been focused on various events and developments on the ground; there is another aspect to this war. That of the information war. If one was to follow the narrative of the Western media concerning the revolution in Syria, one would get the impression that the regime’s army is winning battle after battle and the pendulum has swung decisively in its favor.[1] In this media frenzy, some have gone as far as to claim that Assad’s forces are on the verge of imminently retaking the whole of Aleppo.[2] 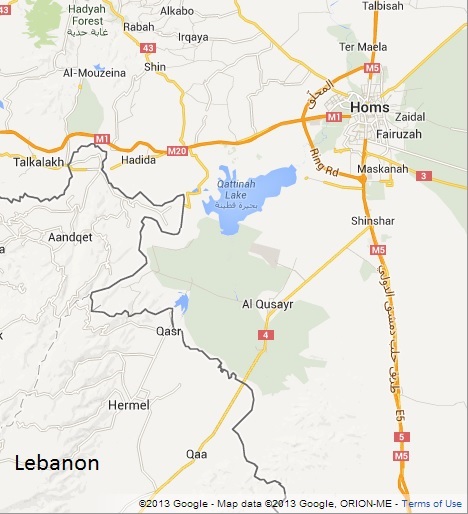 Newspapers and news channels excessively repeated the major breakthrough of Assad’s army in al-Qusayr, such as describing it as a “‘strategic city’ sitting on the major supply route from Lebanon.”[3] Similarly, when Assad’s army retook Khirbet Ghazaleh early in May, it was also described as a “town crucial to the blockade of the south.”[4]  Even more dire predictions were made about the town of Otaiba situated less than 2 kilometers from Damascus International Airport. Reuters reported that a fighter from Otaiba told them via Skype: “… disaster has struck, the army entered Otaiba. The regime has managed to turn off the weapons tap…”[5] These and other stories foretelling the imminent collapse of armed resistance to Assad’s regime, or stories trumpeting any major breakthroughs for Assad’s army, need to be investigated thoroughly to discern the truth from journalistic enthusiasm. A good case-study is the developments that occured in the city of al-Qusayr. 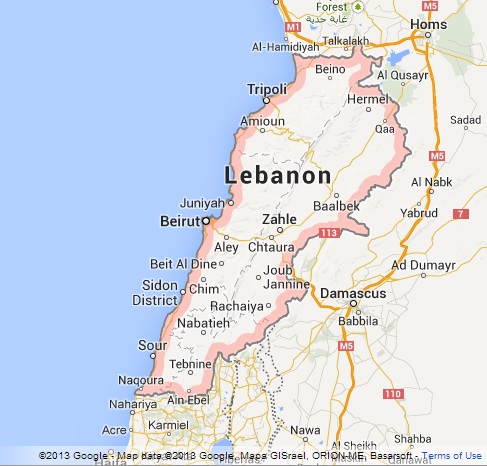 The western media emphasised the strategic importance of Qusayr to the extent that one might have thought that this was the fulcrum upon which the whole of the war in Syria was about to pivot.  The reality is somewhat less dramatic than this.  Even a cursory glance at a map of the area will reveal its actual value. Qusayr is far from being the most strategic area in this war, rather it is a small town less than 2 km wide and over 10km away from the main highway going from the coast to Damascus, which as a point of interest, is already cut off by the rebels at Nabk and Morek. Furthermore, the following map puts the importance of Qusayr from the viewpoint of the rebels in perspective. The Lebanese side of the border, which is closest to Qusayr, is a Shi’ite dominated and Hezbollah controlled area. There is very little flow of arms through this area in favour of the rebels. Hence the claim that Qusayr is of great strategic value to the rebels is a surprising one, and not supported by the facts on the ground. Rather, the faction to whom Qusayr has the most importance to is actually Hezbollah, as it gives them a contiguous piece of territory from Lebanon to Homs, enabling the Shi’ite interests to be preserved in the carving up of Syria which is a likely scenario in the future. 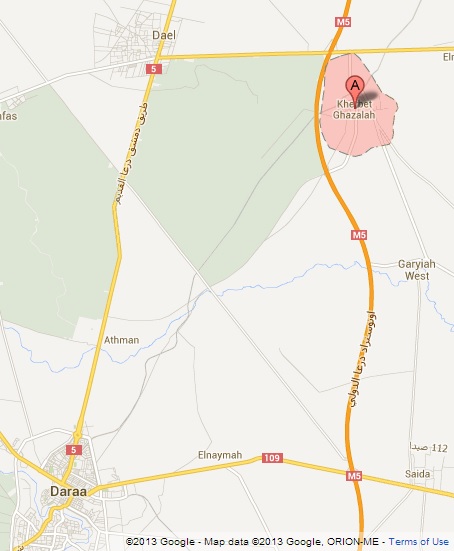 So the pressing question needs to be addressed: how can any serious analyst conclude that Qusayr was a major victory for Assad, when it has taken his army more than two weeks – and the help of thousands of Hezbollah fighters – to take a town less than 2 km wide, a stone throw from Homs, which is his main power centre in the north? The same could be said of Khirbet Ghazaleh. Assad’s army spent nearly two months trying to take back this area, and only managed to do so after the rebels ran out of ammunition. The following map shows the Khirbet Ghazaleh lies close to the M5 highway, and retaking it might have re-opened that highway if it hadn’t been cut off further south. In addition, although Assad’s army retook this town they were not capable of pushing further south and reinforcing their colleagues in Daraa.

The Politics of Egypt’s Military