By Adnan Khan When the history books are finally written December 2010 will long remain in the memory of the Muslim world. What began with a single man in the markets of Tunisia spread to thousands on the streets in Cairo and evolved to hundreds of thousands demanding political change for the entire region. The self-immolation of Mohamed Bouazizi on the 17th of December 2010 created a sweeping wave that respected none of the artificially...
31st December 20125 min 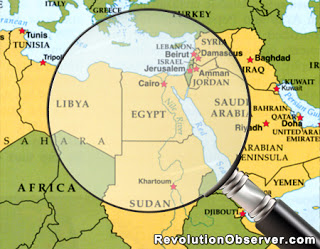 When the history books are finally written December 2010 will long remain in the memory of the Muslim world. What began with a single man in the markets of Tunisia spread to thousands on the streets in Cairo and evolved to hundreds of thousands demanding political change for the entire region. The self-immolation of Mohamed Bouazizi on the 17th of December 2010 created a sweeping wave that respected none of the artificially drawn borders in the Muslim world. The Arab Spring brought an end to the brutal dictatorship of Zine El Abidine ben Ali, who fled the country. The rule of Hosni Mubarak was brought to an end after days of mass protests and Muammar Gaddafi met his fate, in a sewage pipe, in his hometown of Sirte. On the first anniversary of the Arab Spring many of the Islamic groups were coming to power, winning elections in landslide victories. On the second anniversary of the Arab spring the following observations can be made:
Firstly, in Tunisia, Morocco and Egypt, voters in their millions expressed their opposition to secular liberal values and their strong desire for Islamic governance. Yet the same parties that went to great lengths over the decades to demonstrate their Islamic credentials to the masses, have gone to even greater lengths to demonstrate their appeasement to the West. The Islamic groups, whether Ennahda in Tunisia or the Muslim Brotherhood’s Freedom and Justice party (FJP) in Egypt have made one strategic mistake after the other. These parties won elections that were flawed from the outset. The elections were for parliaments that were constructed to preserve the status quo. While many expressed their desire for Islam by voting for Islamic parties, all the old institutions, treaties and relationships remained in place. These Islamist parties rather than change and replace the existing system, entered the corrupt political process only to replace Ben Ali and Hosni Mubarak with themselves in maintaining the corrupt, secular regimes.
The Islamic groups that participated in the elections, did so with Islamic credentials, and the masses voted them into power on the basis that they espoused Islam. However, once in power, Islamic rule has been notably absent. In Egypt Morsi may have won a referendum on his constitution, but much of it contained content from Egypt’s secular constitution in force since 1971. Egypt was a republic according to the 1971 constitution and part of the Arab nation, in the new Morsi constitution this vague reference remains and is the closest Islamic reference in the document. The country’s relations with Israel remain intact and relations with the US have also not changed. Similarly in Yemen, Ali Abdullah Saleh may have gone, but his vice president has replaced him and most of the key institutions remain firmly within the Saleh family. Whilst the Arab spring has seen a change in personnel, on the second anniversary of the uprisings what remains is much of the old institutions.
Secondly, many disparate groups from different leanings came together to oust the rulers of the region. This unity ended when the rulers were overthrown. Now differences have emerged in the post-regime set up leading to factional politics. This has been most clear in Libya where the central government has failed to unify the various factions. Former rebel strongholds such as Benghazi and Misrata have continued to work from their hometowns. This led to a rise in support for locally elected city councils in former rebel bastions, where Tripoli’s influence and bureaucratic institutions hold little sway. Benghazi’s city council announced in March 2012 that it would take control of the city’s day-to-day administrative issues.[1]
Finally, there are a number of countries that weathered the first wave of the Arab Spring uprisings such as Saudi Arabia, Jordan and most of the Gulf States. The relationship between the rulers and the people in these countries are different when compared to the relationships between the rulers and the people in Libya, Syria and Egypt. In Libya, Syria and Egypt the rulers ruled with an iron fist, established police states and social cohesion was maintained through a large secret service. These factors are absent in the Gulf nations, Saudi Arabia and Jordan. As a result the rulers in these countries have weathered the first wave of protests but it remains to be seen if they will survive the second. In Jordan the masses are now calling for the removal of the king as they can see through King Abdullah’s strategy of playing different factions against each other.
The outcome of the uprising in Syria, which has now reached Damascus – the seat of the regime, will in all likelihood determine the future direction of the Arab spring. For the moment the uprisings that took place have all ground to a halt as those who espoused Islam are maintaining the pre-revolutionary systems. They are attempting to appease the West by maintaining the status quo and to appease their electorate by making cosmetic changes, all the while keeping in place the secular systems. The people took to the streets to overthrow their rulers who for long oppressed them and protected Western interests. It took the self-immolation of one man to remove the fear of the regimes in the Middle East, and the new rulers should bear this in mind as they fail to deliver on what they promised their people.