By Adnan Khan The 20th of October marked the first anniversary of the liberation of the Libyan people who suffered nearly four decades of brutal dictatorship under Muammar Gaddafi. Secretary General of NATO, Anders Fogh Rasmussen, described, a year ago, the end of the NATO mission in Libya as being “one of the most successful in NATO history.”[1] However, a year later, the National Transitional Council (NTC) and its transitional government have failed to acquire...
22nd October 20125 min 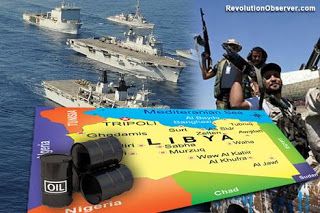 The 20th of October marked the first anniversary of the liberation of the Libyan people who suffered nearly four decades of brutal dictatorship under Muammar Gaddafi. Secretary General of NATO, Anders Fogh Rasmussen, described, a year ago, the end of the NATO mission in Libya as being “one of the most successful in NATO history.”[1] However, a year later, the National Transitional Council (NTC) and its transitional government have failed to acquire nationwide political legitimacy and unprecedented violence between the disparate militias has been gripping the country. Furthermore with the death of US Ambassador Chris Stevens, Libya has been brought back into the spotlight. What has gained little attention however is the role foreign powers are playing in the country.

Currently Libya is in the same position Afghanistan found itself after defeating the Soviet Union, lacking a central government and a national army to provide security. The various tribes that worked together to defeat the Soviets then fought each other for control over the country. A collection of tribes, clans and militias worked in a decentralised manner, starting from Benghazi, to oust Gaddafi. These tribes and clans that were neglected and brutally repressed by Gaddafi now have an immense distrust of the new regime due to the secrecy of its membership, meetings and energy revenue distribution. As a result every group and region in Libya wants to maintain the de facto semi-autonomy it presently enjoys and will resist attempts by any central authority to rein it in, especially if that means ceding more authority to Tripoli.

This push for autonomy by the different militia’s includes the oil rich regions resulting in a flurry of activity by European and US governments and their oil companies for political dominance. Similar to other oil-rich countries in the Middle East, Libya constitutes part of Europe’s attempts to reduce energy dependency from Russian imports. Libya has the largest oil reserves in Africa and is central to both France and Britain’s energy diversification strategy.[2] In a European Union report entitled ‘The European Union’s Energy Security Challenges,’ it highlighted: “EU efforts to diversify European energy supplies and decrease dependence on Russia have heightened calls within Europe for stronger political and economic engagement in the Middle East and North Africa. … if the EU is serious about lowering its dependency on any one source, it must turn more and more to the Middle East and North Africa.”[3] Due to this energy diversification policy, the Europeans will continue to treat Libya as a country of vital interest and strategic importance.

The US has tried to influence affairs in Libya to serve its own interests by making private contacts with various local tribes and certain militias through its consulate in Benghazi. The testimony of Charlene Lamb, Deputy Assistant Secretary of State, before the House Oversight Committee on the security failures in Benghazi on October 10th 2012, revealed the US position.[4] The hearing confirmed there was no real ‘consulate’ in Benghazi, but a vast intelligence and private contractors web for the CIA and the oil companies. Ms. Lamb gave away the fact that the ‘facility’ in Benghazi was not a diplomatic facility and confirmed that “there were also three members of the Libyan 17th February [Martyrs] Brigade” in the ‘consulate.’[3] This proves the US has made contact with certain militias and are currently working with them.

It appears that even the central government in Tripoli was unaware of the level of US presence within the country. The Deputy Prime Minister, Mustafa Abushagour, was quoted in the Wall Street Journal saying that he learned about some of the delicate American operations in Benghazi only after the attack on the mission, in large part because a surprisingly large number of Americans showed up at the Benghazi airport to be evacuated.[5] The Wall street journal article continued “among the more than two dozen American personnel evacuated from the city after the assault on the American mission and a nearby annex were about a dozen C.I.A. operatives and contractors, who played a crucial role in conducting surveillance and collecting information on an array of armed militant groups in and around the city.”[6] The embassy was in reality a position from which the US was spying on Libya and working to develop links.

With the central authority in Tripoli unable to keep its grip on the country, Western powers have resorted to working with the various tribes and militia’s which has emboldened some over others. As the militia’s battle it out for authority in the country, the US is competing with the French and the British in adding Libya, which possesses Africa’s largest oil reserves, to its list of proxy nations. This struggle for influence in Libya between the world powers is being done primarily by backing the various militias, with each country hoping their side will emerge victorious! As it stands, Libya is on its way to becoming Africa’s next Iraq.

Chemical Weapons and US Intervention