By Abu Anas The Alawite minority religious sect, which Bashar al-Assad belongs to, has been ruling Syria since 1970. As a minority, they consist of at most 2.3 million people; 11% of the population. For the Alawite regime to subdue a Muslim Sunni majority, it had to control every aspect of the state’s apparatus especially the military, police and security services. They have permeated every sector of the state’s institutions and have aligned themselves with...
11th October 20124 min 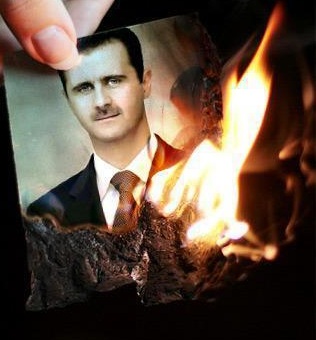 By Abu Anas
The Alawite minority religious sect, which Bashar al-Assad belongs to, has been ruling Syria since 1970. As a minority, they consist of at most 2.3 million people; 11% of the population. For the Alawite regime to subdue a Muslim Sunni majority, it had to control every aspect of the state’s apparatus especially the military, police and security services. They have permeated every sector of the state’s institutions and have aligned themselves with other minorities like the Druze, Christians, and Shi’a  in a position of unquestioned power. Things might have started to change!
One of the pillars that continues to hold the regime together is the cohesiveness of the Alawite community in Syria. The Assad regime has stirred lots of animosity between the different religious groups in Syria, especially playing on the fears of the Alawite community of a Sunni backlash in case the regime falls, to maintain that support. Assad relied exclusively on that support from this sectarian base to fight and kill the Sunni-majority rebels. His Republican Guard and the military’s 4th Divisions are made up of mostly Alawite officers. In addition, the Shabiha, mobs or gangs, that have been responsible for inhumane atrocities against civilians are also mostly Alawite, under the leadership of his loyal relatives, like his cousin Mohammed al-Assad.[1]
This sectarian based support to al-Assad began to unravel in his hometown, Qardaha, which is the epicenter of the Assad and Alawite regime. Late Friday night on September the 28th, a fight broke out between the Assad family members and other prominent Alawite families in that city, which have led to the killing of Mohammed al-Assad himself.[2] Other reports state that another main figure, Maher al-Assad’s right-hand man, Col. Ali Khuzam, was also killed in those clashes.[3] Many reports from within Syria claimed that the sense of hopelessness and fear from post-Assad retribution by the rebels have led some Alawite families to question Assad’s authority which provoked his supporters into this deadly clash.[2]
Several issues have led to this increasing anxiety by the Alawite community. First, it is the Free Syrian Army’s gradual marsh towards Alawite cities and towns within the coastal region, mainly populated by Alawites, and their recent capture of the 35th regiment base there. Second, is the accumulation of deaths within the Alawite officers that fueled discontent of their families.[3] Third, is the financial extortion inflicted upon the Alawite community by the Shabiha to finance their campaign against the rebels due to the regime’s incapability to pay their bills.[4] All these issues, have led to this discontent within the Alawite community which have led some of its members to oppose al-Assad publicly through the formation of opposition groups like the “Free Alawites.”[5] Even Alawite military officers have defected from the regime and joined the rebels, the last example of which a female officer, Lt. Colonel Zubaida al-Miqi, announced her defection today.[6]
It is very natural for the Alawite community to realize that supporting Assad is a very risky business that sets the whole sect in confrontation with the Sunni majority. In addition, Assad’s opponents within the Alawites will find this an opportune time to assume leadership of this sect and make a deal with the rebels to remove him from power. The sheer inhumanity of  the regime’s brutality will cause people to want to switch sides. So Assad faces an existential problem ahead due to this waning of support from this popular base. This atmosphere makes it ripe for a palace coup orchestrated by Alawite officers to relieve their community and themselves from the burden of protecting one family, al-Asaad.
The US has recognized these divisions within the regime and moved immediately to be on standby for a possible “preparations for total-regime-collapse scenarios,” through sending special troops to Jordan.[7] Turkey’s move to force a Syrian airplane to land in one of its airports to be inspected for weapons, is actually an escalation in preparation for a possible military intervention. Even without any recognizable support from the West and Syria’s neighboring counties, the rebels have proved to be resilient and capable of withstanding the regime’s brutality. These slight fractures within the Alawite regime will certainly become larger and cause the Assad regime to implode due to the tremendous and consistent pressure by the rebels and the FSA.

Chemical Weapons and US Intervention