The recent passing of long-term British monarch Queen Elizabeth II saw global leaders attend her burial. In attendance were many leaders from the Commonwealth. A reminder of Britain’s past dominance, the Commonwealth is a conglomerate of 56 nations mostly members of former British colonies, though it has spread its wings to non-British ex-colonies. Its most recent members are Togo and Gabon. When the British Empire was in full swing, Commonwealth members were subjected to the monarchy and called dominions, signifying their subservience to the British Crown. 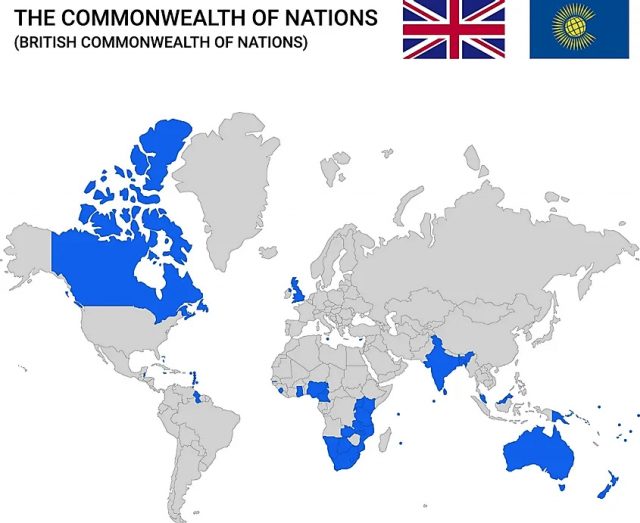 Mortars and gun muzzles were not the only elements the European powers were short of when World War II ended in 1945; British and French abilities to muscle others into submission effectively waned. Financially, Europe was a wreck. If not for America’s worry of communist incursion and the Marshall Plan that followed, the story would have been different. For all its ‘care’ for the Europeans, the US joined the USSR in attacking the base of European power: colonialism.

With the Americans pressuring both Britain and France, they became desperate. Preserving, even if it was a fraction of the former strength, was essential to the survival of the empire; a young Queen Elizabeth was entrusted with the task. Her first Christmas speech back in 1957 was taken advantage of to mark the modulation of the British Empire into the Commonwealth of Nations. Out with the old, in with the new dynasty (comprising the same family). The new queen executed her task with a flourish. She described how she took “pride in the new Commonwealth we are building.”

Contrary to the impression given, a clean break from colonialism was never on the cards. Elizabeth II’s inauguration to power was handy at the time. The British Empire was relentlessly dissolving. The anti-colonial narratives peddled by the US and USSR did not leave it with open-ended choices to preserve the remnants of its once great empire. What better way to save it than remodelling a legacy colonial tool.

Through the Commonwealth, the British have not only kept tabs on geopolitical ongoings around the world, but they have also somehow managed to stay relevant. Following the death of the Queen that oversaw this seemingly benign transition that has a history of colonial subjugation, the survival of the Commonwealth has been brought into question. But should it?

Can the Commonwealth Survive?

As a diplomatic bloc, the Commonwealth’s life force was not initiated or kept operational by one person. Amitabh Mattoo, a renowned international relations expert based in Delhi, told DW that “We are living in the age of multilateral diplomacy, where states want a podium to express their views, advance their interests and shape global norms. With its diverse membership drawn from across continents, the Commonwealth provides precisely such a forum,” he added “It is, in short, a platform to express views and shape world opinion. The monarch is only the symbolic head, the leaders of the free world make the Commonwealth work”.

The British are renowned for the creation of regional blocs. The Commonwealth is like a round table for them all. Since 1971, a total of 25 meetings have been held, with the most recent being in Kigali, Rwanda, in 2022. The supposed intention of the bi-annual summits is to foster stability, communication and intra-developmental procedures. Whilst the African and Asian members of this organisation might regard it as an avenue for furthering good causes, to the British it is a watchtower over its interests and ensuring its loyalists stay fast.

Seeing it for what it is, some analysts believe the “Commonwealth has historically run its course” and should be shut down by London. No matter how benign and beneficial it appears, the shadow of its past haunts it.

The Commonwealth might not have been able to restore British might, but that is just a reflection of its overlord: Britain. Still, extinguishing such a colossal British utility is a dream hard to come by. Britain’s experience as a once superpower serves it well in preserving not only itself but its international relevance. This has seen it able to outmanoeuvre moves by the US on several occasions. Britain will maintain the Commonwealth until it becomes a liability.