The victory of Northern Ireland’s republican party – Sinn Féin, in the 5th May legislative elections has created a political crisis and once again raised the debate over reunification with the Republic of Ireland. Britain’s departure from the European Union (EU) has likely kick-started the long-term splitting of the United Kingdom (UK) with both Northern Ireland and Scotland pushing for secession. The long-term territorial integrity of the UK is now in question and poses a major challenge to British influence around the world.

Sinn Féin, Northern Ireland’s largest republican party, received 29% of the vote and obtained 27 seats in the Northern Ireland Assembly in a legislative election on 5th May. This is the first time the party has won in legislative elections, this now gives it the power to appoint the next First Minister. Sinn Féin has historically pushed for Irish reunification and has long been associated with the paramilitary organisation, the Irish Republican Army (IRA), who carried out a bombing campaign across mainland England from 1960 – 1990s, over the issue of Irish independence and unification. During the 1990s Sinn Féin joined the Northern Ireland Peace Process. This led to the Good Friday Agreement and created the Northern Ireland Assembly and the decommissioning of all parliamentary groups.

Whilst the Good Friday Agreement brought decades of conflict to an end the political system it established, where unionist and nationalist factions share power has consistently led to ineffective governments. Tension between the two largest parties – the Democratic Unionist Party (DUP) and the nationalist Sinn Féin has regularly led to political gridlock, with the DUP led government falling in 2017. Sinn Féin performed strongly in the snap elections that followed that has led to a nationalist surge. In the 21st century the DUP has been Northern Ireland’s main unionist party, but several internal crises have weakened its popularity.

The UK is a unitary state between Scotland, England, Wales 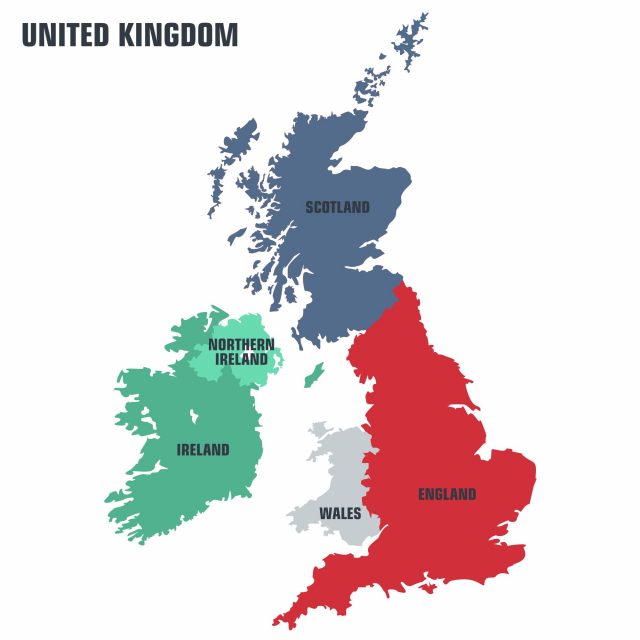 and Northern Ireland. Under a constitutional monarchy the UK has a parliamentary government, with significant powers devolved to regional government or executive, led by a First Minister. The devolved system was created due to the UK’s distinctive cultures and identities. In the case of Northern Ireland, the region used to receive millions in farming, fishing and structural subsidies from the EU, as well as money to preserve the Good Friday peace deal. The EU was recently sending Northern Ireland £320 million in subsidies and around £50 million in peace funds. This money has stopped now that the UK has left the EU. Sinn Féin not only campaigned on Irish reunification, but also on wealth distribution and the cost of living crisis in the region.

Controlling Ireland has always been essential for London as it protects the UK mainland’s western flank. This is what drove the English conquest of Ireland beginning in the 12th century and the  Plantation of Ulster, a colonisation project that had the aim to stop Irish rebellion against the crown. Similar to Israel in the early 20th century where Britain facilitated Zionist colonisation, England directed Protestant settlers to northern Ireland where the concentration of Catholics was the lowest. When Ireland gained independence in 1936, six mostly Protestant counties in the northeast remained as part of the UK. Beginning in the 1960s and lasting until 1998, violence between Catholics and Protestants destabilised Northern Ireland. 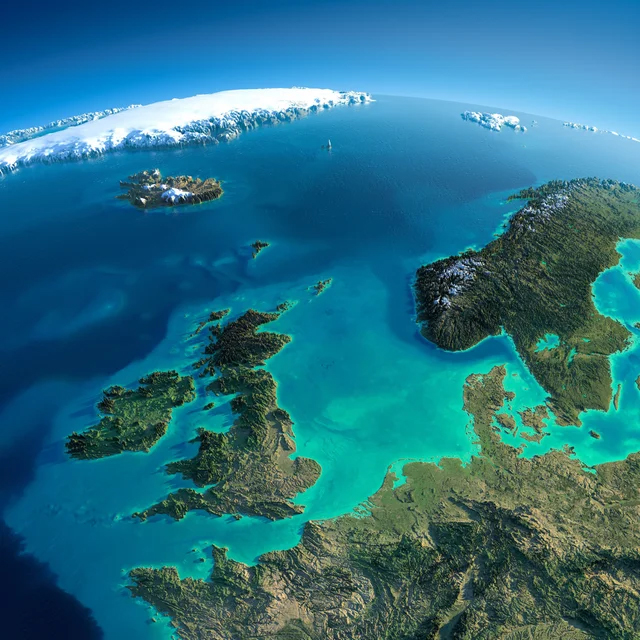 Any referendum on Irish unification is a prerogative of the central UK government, which has said she is not interested in such a vote in the foreseeable future. According to the 1998 Good Friday Agreement a border poll can only happen if ‘”it appears likely” that “a majority” of people in Northern Ireland want it. UK ministers, including the Northern Ireland secretary Brandon Lewis played down any referendum, arguing London hadn’t ‘”seen a growth in the nationalist vote” in the 5th May election and that “the unionist vote [was] still larger,” as was “the number of seats held by unionist parties” in North Ireland’s legislature.[1] Sinn Féin president Mary Lou McDonald, stated a referendum on Irish reunification should be possible “within a five-year timeframe.”[2]

London faces a much bigger problem further north in Scotland, where calls for leaving the United Kingdom have grown despite a referendum back in 2014. The victory of the Scottish National Party (SNP) in parliamentary elections in May 2021 not only gave the government the ability to pass laws and budgets but also enough seats to pass legislation for another independence referendum.

London faces a much bigger problem further north in Scotland, where calls for leaving the United Kingdom have grown despite a referendum back in 2014

But the SNP does not want to unilaterally hold a referendum as this may lead to economic issues and international isolation. Catalonia unilaterally declared independence from Spain in 2017 and many European governments sided with the Spanish government and many companies moved their operations outside of Catalonia. With such repercussions the SNP wants to hold another referendum that has legal backing which means Westminster needs to approve it, but the British Prime Minister, Boris Johnson has said Scotland should not hold another referendum until the 2050s. The SNP has suggested that it could take the issue of the UK Parliament’s powers over an independence referendum to court, which could open the door to a lengthy legal dispute.

Whilst Britain is marketing ‘Global Britain’ as her foreign policy, long-term questions remain about Britain’s territorial integrity. Any Scottish departure would lead to the UK losing 10% of her economy and 33% of her territory and 8% of her population. Westminster would also lose access to oil and fishing rights in the Scottish part of the North Sea. The UK’s nuclear deterrent would also need to change as Scotland hosts the Trident missile system.

The British government commissioned a report in 2020 which assessed the various measures that can appease calls for Scottish independence.[3] The measures included transferring additional financial powers to Scotland and granting her a different status from the rest of the UK on issues such as immigration. 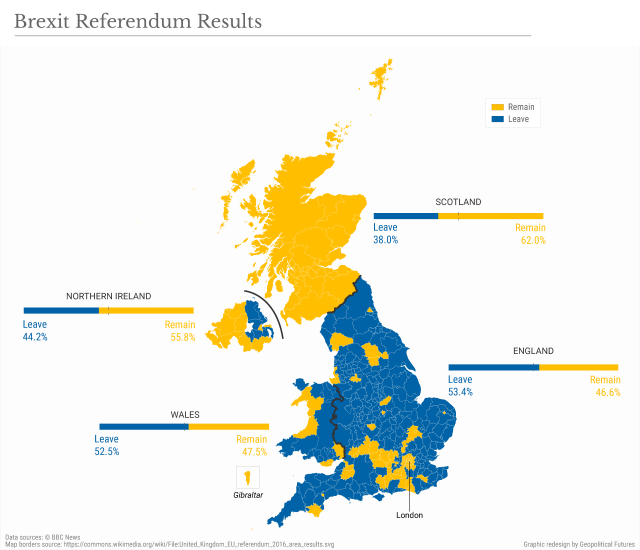 Whilst Brexiteers promised a utopia when the UK left the EU, this has inadvertently given fresh impetus to the different countries in the UK to seek leaving the UK in order to remain part of the EU. Both Scotland and Northern Ireland publics voted to remain within the EU during the Brexit vote in 2016. As matters stand it’s unlikely Scotland will become independent in the short term. But in the long-term London lacks the influence, power or capabilities to keep the UK isles united. The days of empire are well behind her now, which was one of the main reasons Scotland joined the union and now that the UK has left the EU, this is a major reason for the SNP to pursue independence and this also lends to Irish unification. All this raises serious questions about Britain’s medium to long term place in the world, if London fails to keep the unitary state between Scotland, England, Wales and Northern Ireland together.