As several thousand Collective Security Treaty Organization (CSTO) soldiers with associated equipment prepare to depart Kazakhstan after completing their stabilisation mission, the near silence of Western and Chinese diplomats and politicians is deafening. There seems to be a general consensus from those who are important in the international community that for a diverse range of concerns the status quo in the Republic of Kazakhstan should be maintained. The most important of these concerns is the fact that what Kazakhstan lacks due to the paucity of her 19 million population, she more than makes up for in the deposits of mineral and hydrocarbons that lie beneath her arid soil. 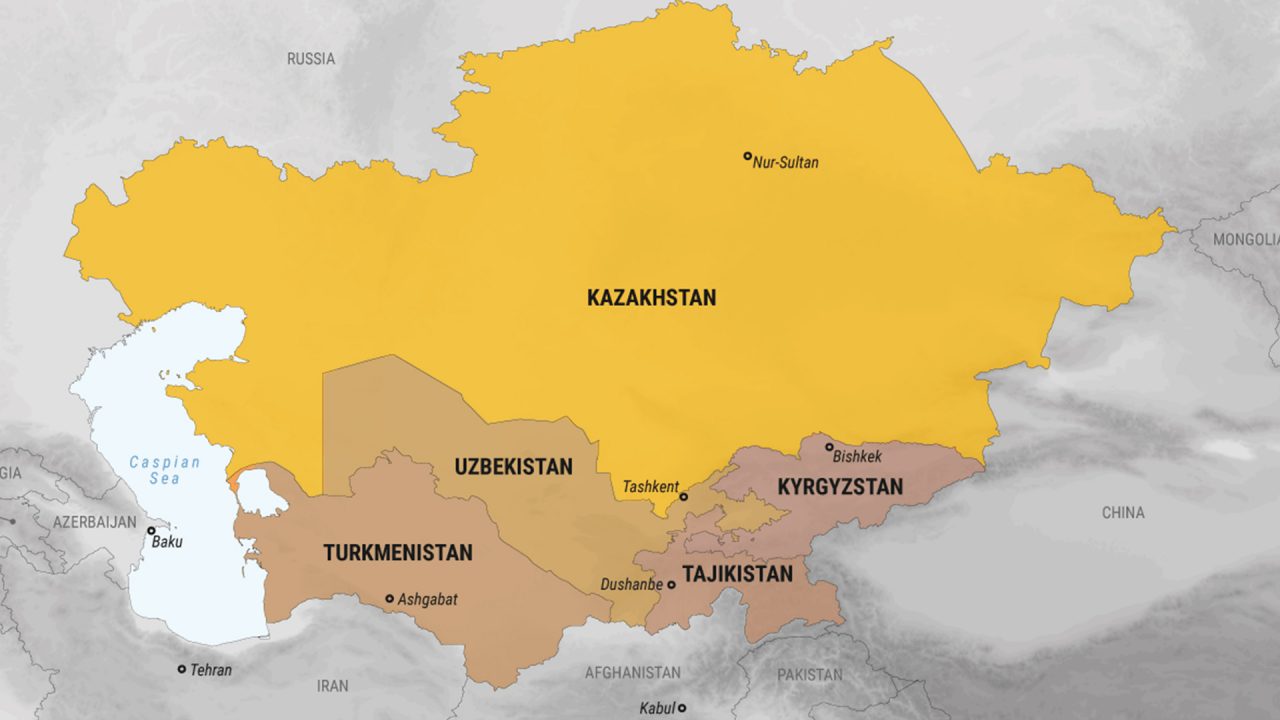 Although Kazakhstan possesses stupendous natural resources, she has little in the way of secondary or tertiary production. Often raw ore and crude oil is exported to the Russian federation of Ukraine with little or no processing in Kazakhstan, giving these nations the lion’s share of profits, leaving Kazakhstan open to the volatility of the commodities market.[4]

Despite her vast wealth, meagre population and GDP per capita of $9,000, there are alarming levels of poverty indicating large inequalities in the distribution of wealth, with an over reliance on oil, market fluctuations severely impact earnings. For example, Kazakhstan’s GDP was $237 billion in 2013 but declined to $134 billion by 2016, due to the decline in the price of crude oil. [5]

Kazakhstan also constitutes an important transit route for China’s Belt and Road Initiative (BRI) especially due to her links to emerging markets in the East with the Russian federation and Europe by road rail and ports on the Caspian Sea. She is bordered by the Russian Federation (Russia) to the north, China to the east, Kyrgyzstan and Uzbekistan to the south, and the Caspian Sea and Turkmenistan to the west, making stability in Kazakhstan a critical issue for Beijing.

Politically, Kazakhstan resembles other central Asian republics. Typically a former Soviet official personifies himself as the saviour and founder of the nation and cultivates a substantial personality cult. Kazakhstan’s first president, Nursultan Nazarbayev’s personality cult has only increased since his feigned departure from power and with the erecting of his statues, bestowing the title of ‘elbasy’ (leader of the nation) and even renaming the countries capital Nur-sultan formerly known as Astana, in his honour. His resignation was in name only, with two centres of power emerging in Kazakhstan since Nursultan Nazarbayev’s resignation in 2019. The first is the residence of Kazakhstan’s first president Nursultan Nazarbayev, known as “the Library” and the second is the residence of the current President Kassym-Jomart Tokayev, known as “Akorda”. Each has its coterie of loyalists vying for a share of Kazakhstan’s vast wealth. The head of the secret service Karim Massimov, former prime minister and head of the Nazarbayev administration, and his deputy, Samat Abish, Nazarbayev’s nephew, both occupy powerful positions and are firm Nursultan Nazarbayev loyalists.

The CSTO intervention or more accurately, Russian intervention, decisively settles the dichotomy of power in Kazakhstan in President Tokayev’s favour; although Nazarbayev’s position and safety are probably guaranteed, the expected purge of Nazarbayev’s loyalists has begun. Two of Nazarbayev’s sons-in-law have been fired from their positions in key state companies; many other relatives and clan members are fleeing the country with their ill gotten gains.  The Nazarbayev era may be over but the system of patronage endures. President Tokayev’s loyalists will need placating with their own positions and the customary blind eye turned to their impropriety.