By Muhammed Ubaid It has been over two years since Abdel Fattah Saeed Hussein Khalil el-Sisi came to power. Much was made of the Mohammed Morsi era as it was marred by economic turmoil, rash decision making and very little public confidence. Many hoped the firm hand of the army would bring stability, but today the opposite is taking place.  Sisi is now being criticised by all corners of the public as he continues to...
3rd November 20166 min 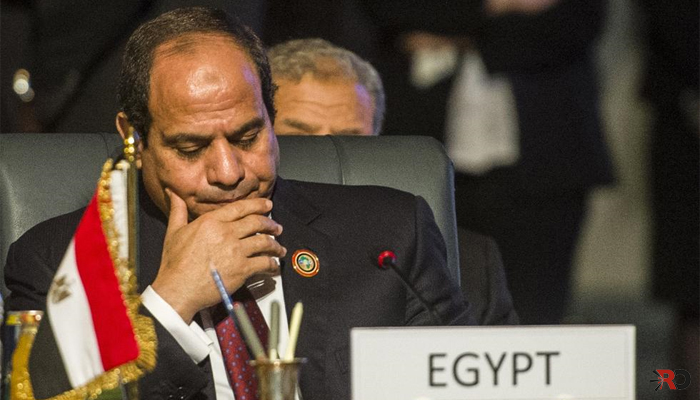 It has been over two years since Abdel Fattah Saeed Hussein Khalil el-Sisi came to power. Much was made of the Mohammed Morsi era as it was marred by economic turmoil, rash decision making and very little public confidence. Many hoped the firm hand of the army would bring stability, but today the opposite is taking place.  Sisi is now being criticised by all corners of the public as he continues to hand out life sentences to political dissidents and is unable to manage a worsening economic situation. His latest plea to Egyptian women to cut their usage of water and electricity has demonstrated his desperation[1] and his reliance on foreign aid, failure to tackle internal terrorism has led to many to question his leadership credentials. The longer Sisi remains the worse Egypt is getting and looks likely this train wreck will be worse than his predecessor.

Egypt has been in a dire economic situation for a number of years, and whilst former president Morsi was unable to salvage the situation even after taking a number of loans from various states,[2] the situation has worsened under al-Sisi. Currently inflation stands at 14% with the government removing previously subsidised amenities including electricity which has risen by up to 40% in price (3). Economists are expecting this situation to worsen with the expected removal of food subsidies potentially putting tens of millions at risk of having no food due to rising costs. What will in all likelihood make things even worse is the attempt to use debt to navigate out of this problem. The Sisi regime has turned to the IMF for a $12 billion loan which will bring Egypt’s total debt to $54 billion.[4] Currently 60% of state income is spent on debt repayment which leaves very little for public services.[5] Egypt has had a torrid history with the Bretton Wood institutes. In 1990, the Egyptian economy was forced to transition from an exporter of food to a food importer. Any food it produced, 50% was exported to receive export revenues to repay the debt.[6] All of this shows that instead of the economic situation improving under Sisi, it has in fact become worse. Going to the IMF is only a short term solution and will add more debt, it will lead to the re-organising of the economy in ways which will perpetuate existing problems.

There has been a number of high profile announcements by Sisi concerning projects within Egypt. Sisi in March 2015 announced the construction of a “new Cairo,” a super city which will see the creation of a new city over to house 30 million people.[7] This was then to be followed by the extension and expansion of the  Suez Canal. Saudi Arabia are also investing in such housing projects all over Egypt, but the issue in Egypt has never been housing. In  fact, 50% of the population live on less than $2 a day, which is where the problem lies.[8] Previously, the regime relied on the provision of subsidies to maintain living standards and social cohesion but it is clear that the financial situation no longer allows this. All this demonstrates that the combination of “super projects” and other policies thus far have only looked for short term gain at the expense of real, long term problems such as poverty.

The bigger problem in the Egyptian economy is the fact the military controls anywhere above 40% of the economy. Since their inception as an independent institution, they have been protected by successive Presidents which have allowed them to extend their control into industry, manufacturing and financial services. The corporations closely allied to the military receive priority on all governmental contracts and subsidies which leads them to monopolise power in various industries and block smaller business from coming to the fore. This has resulted in this class of society hoarding wealth and increasing the proportion of the economy they own subsequently leaving less wealth available for the growing Egyptian population. The average Egyptian continues to suffer whilst the ruling class prosper.

Egypt has once again returned to the Mubarak days. The brutal military coup and the sentencing of several members of the Muslim Brotherhood is just the tip of the iceberg.[10] The forced abduction, torture and death of Italian student Giulio Regeni and the role of the Egyptian police captured the world’s media attention.[11] Under Sisi viagra sans ordonnance there has also been a rise in forced disappearances. Egyptian Coordination for Rights and Freedoms reported 2,811 cases of forced disappearance between July 2013 when Sisi seized power and June 2016.[12] Political dissent, organised protests and not having a picture of President Sisi on your front door are just some of the reasons why someone can be imprisoned, tortured and sent back again. We may not have to wait long to see the Egyptian people take to the streets again.

The Politics of Siege Warfare