By Adnan Khan Since the summer there has been a clear escalation in activity in Syria. Prior to Russia’s invasion of Syria on 31st September 2015 Russia engaged in a flurry of political and diplomatic activity with all the regional and international players with a stake in Syria. It even held a meeting in August with the rebel opposition who visited Moscow.[1] Russia’s  airstrikes came to prop up the al-Assad regime and despite claims...
17th November 20158 min 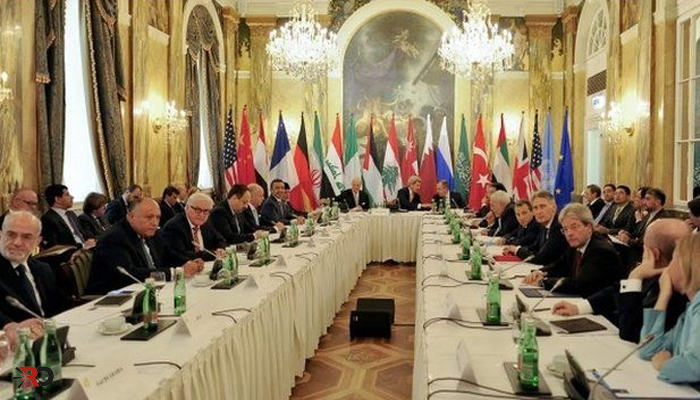 Since the summer there has been a clear escalation in activity in Syria. Prior to Russia’s invasion of Syria on 31st September 2015 Russia engaged in a flurry of political and diplomatic activity with all the regional and international players with a stake in Syria. It even held a meeting in August with the rebel opposition who visited Moscow.[1] Russia’s  airstrikes came to prop up the al-Assad regime and despite claims of targeting ISIS, almost all of Russia’s airstrikes targeted rebel groups in Idlib and Hama, areas which were bleeding the al-Assad regime to death. All of this culminated in 17 nations coming together in Vienna, Austria on 14th November 2015 to agree in a communique to the uprising and subsequent crisis in Syria. Just over a month ago the al-Assad regime was on the verge of collapse, in this context the international powers are pushing ahead with a transitional process which was determined in the Geneva communique in 2012. The real aim which has been to isolate the sincere groups and people and deal them a death blow. The Vienna communique is in effect the international powers telling the rebel groups their war is over and they should make their final stand!

[pullquote align=”right” color=”” class=”” cite=”” link=””]Russia and the US are in agreement in preserving the regime in Damascus, it is irrelevant whether Bashar al-Assad is leading it or not. This is because despite his authoritarianism, the Damascus regime will continue without him after he is long gone.[/pullquote]  The first aspect of the Vienna agreement is for the al-Assad government and opposition to enter into formal negotiations. Despite all the rhetoric against al-Assad and despite the opposition groups refusing to negotiate with the regime the opposition has accepted this as a formal part of the negotiations. The US from the beginning of the uprising in Syria gathered a number of individuals, who were mostly dissidents and treated them as representatives of the rebel forces and labelled them as the leaders of the opposition. These individuals were initially the “Syrian National Council”, then the “Syrian National Coalition” and today their title has expanded to “National Coalition for Syrian Revolutionary and Opposition Forces”. This opposition has been trying to act as a transitional government, with government posts distributed amongst its various members. But this opposition has been a complete failure, as it in reality it consists of individuals with absolutely no influence over anyone or any piece of Syria. The coalition has trotted around the world meeting US, British, French and Turkish officials, but they have no support, following or any respect by those who are bracing it out against the forces of al-Assad. The people facing-off against the regime for so long, did so with the intention to overthrow Bashar al-Assad. But in the handpicked opposition that the international powers constantly meet they have found a group of opportunists who, for positions in a future government, are prepared to make a deal with the devil himself.

The second aspect of the Vienna agreement is a cease-fire between the Syrian government and opposition groups, overseen by the UN. The aim here is to use the cover of a ceasefire to draw up a new constitution when fighting ceases during this period. Various ceasefires have already taken place which only strengthened the al-Assad regime. Bashar has been losing ground across the length and breadth of the country and all the ceasefires gave him time to regroup and refocus efforts elsewhere. In some areas some rebel groups agreed ceasefires when help was not forthcoming from other rebel groups after the regime had conducted extreme sieges and burnt whole towns to the ground, such as in Homs. The biggest problem the international powers have faced is the rebel groups fighting on the ground who have worked for years to alter the balance of power in the country. Russia’s intervention itself took place due to rebel groups launching strikes on Latakia, the Alawi stronghold. Even ceasefire negotiations require the rebel groups and representatives of the al-Assad regime to communicate and have meetings and this is something the international powers have been working to expand and normalise as a process. But for this part of the communique to work it requires the rebel groups to put down their arms and negotiate with the regime, which remains very unlikely.

The US plans to deal with this problem is through another key aspect of the Vienna communique and that is through elections administered by the UN held under the new constitution. Through the opposition coalition that will legitimise the transition process and the few rebel groups the US has been backing, they will be used to isolate and identify the irreconcilables who will be dealt with, through military action. This is what US secretary of state alluded to in Vienna when he said: “diplomats meeting in the Austrian capital also decided to place ISIS, along with the al-Qaeda affiliated Nusra Front terrorist group, on a list of those subject to military strikes even when a cease-fire is in place. The list, managed by the Kingdom of Jordan, may later be expanded to include other groups in Syria.”[2] Russia’s intervention due to terrorism and targeting ISIS has been exposed as merely a cover to target the rebel groups who were fighting the al-Assad regime and bleeding it to death. The US will intervene directly in Syria, if needed to deal a fatal blow to the sincere rebel groups, under the guise of targeting ISIS and terrorism. This was something US sec­re­tary of defence con­firmed in a Sen­ate hear­ing on Octo­ber 27th that the US will begin “direct action on the ground” against ISIS forces in Iraq and Syria. “We won’t hold back from sup­port­ing capa­ble part­ners in oppor­tunis­tic attacks against ISIL, or con­duct­ing such mis­sions directly whether by strikes from the air or direct action on the ground. This is com­bat and things are com­pli­cated,” said Sen­a­tor Ash­ton.[3]

The only aspect that would remain in thwarting real change in Syria is the role of Bashar al-Assad himself. In Syria both the US and Russia have always been in agreement the regime needs to remain at all costs. The then US Secretary of Defense, Leon Panetta, in 2012 explained: “I think it’s important when Assad leaves – and he will leave – to try to preserve stability in that country. And the best way to preserve that kind of stability is to maintain as much of the military, the police, as you can, along with the security forces, and hope that they will transition to a democratic form of government. That’s a key.”[4] For the US maintaining the regime has always been its aim, with or without al-Assad. Russia has not only provided political cover for the Damascus regime but also provided financial, economic, military and intelligence support to ensure it is not removed. The reality of the Syrian regime and any regime for that matter is one person is never a whole government. Whether it was Stalin, Mao, kim jong il of North Korea or Robert Mugabe of Zimbabwe, they all relied on their intelligence heads, family networks, business elites and various insiders to run their authoritarian regimes. Even Vladimir Putin of Russia, despite his power, he shares power with the security class in Russia and has various centres of power. Russia and the US are in agreement in preserving the regime in Damascus, it is irrelevant whether Bashar al-Assad is leading it or not. This is because despite his authoritarianism, the Damascus regime will continue without him after he is long gone.  [pullquote align=”left” color=”” class=”” cite=”” link=””]With the Vienna communique the international powers are telling the rebel groups loud and clear that the moment of truth is upon them and they will need to decide which side of history they want to come out on[/pullquote]

With the Vienna communique the international powers are telling the rebel groups loud and clear that the moment of truth is upon them and they will need to decide which side of history they want to come out on. All the stakeholders are very clear on what is taking place in Syria and what the implications are if the people succeed. This is why they have in reality propped up Bashar al-Assad by doing little physical actions against him and concealed  this with lots of rhetoric. But as the battle in Syria continued it worked to the strength of the people of Syria as the regime had to constantly find new soldiers and fighters from a support base that doesn’t want to send its sons to go and die. This is why the last 3 months has seen such intensive military and diplomatic activity.  Walid Al-Moallem in a press conference in June 2013 confirmed what was at stake in the country and the region, he said: “We know that those who plan evil for Syria and those who demand the establishment of the Islamic Khilafah state will not stop at the borders of Syria. So what we are currently doing is even defending Jordan, Lebanon and Turkey.”[5] Whether it is the US or Russia they have constantly underestimated the resolve and capabilities of the rebel groups working for real change in Syria. The fact that we are still discussing Syria nearly five years after the uprising begun is testament to this reality.