By Adnan Khan On Thursday 30th January, German leaders announced Berlin will play a larger global military and political role.[1] After playing an unassertive global role since WW2, over the last decade Germany has been partaking in a number of regional and global issues, from troops in Afghanistan to Iran’s nuclear programme. Historically speaking, Germany emerged overnight on the global scene. Prior to German unification in 1871, it was divided into hundreds of competing kingdoms,...
1st February 20146 min 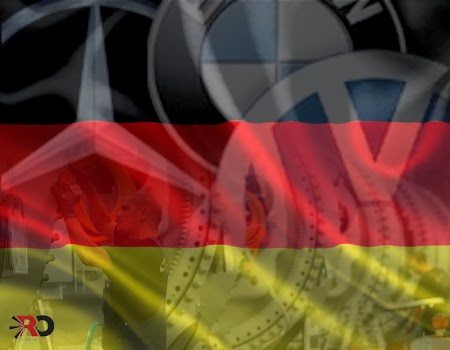 By Adnan Khan
On Thursday 30th January, German leaders announced Berlin will play a larger global military and political role.[1] After playing an unassertive global role since WW2, over the last decade Germany has been partaking in a number of regional and global issues, from troops in Afghanistan to Iran’s nuclear programme. Historically speaking, Germany emerged overnight on the global scene. Prior to German unification in 1871, it was divided into hundreds of competing kingdoms, principalities, dukedoms, bishoprics and free cities since the formation of the Roman Empire. Overrun by France in the Napoleonic wars, these chaotic statelets were transformed by Prussia into a unified military power by the iron will of its chancellor, Otto von Bismarck. Germany turned its army on Europe’s traditional powers, overrunning Paris and capturing the French emperor. It took a coalition of global proportions to halt German conquest of Europe during WW1 and WW2. The global situation in the 21st century is however very different to the 20th century and Germany will need to overcome a number of challenges if it is to play a leading global role once again.
Germany’s Achilles heel has always been its lack of energy resources. Germany became a power in the past by conquering territories with energy resources and lost both WW1 and WW2 when it was cut-off from energy sources. Today Germany imports 100% of its oil and 90% of its natural gas mainly from Russia,[2] and the phasing out by 2022 of nuclear power after the Fukushima nuclear reactor disaster will only make this problem more acute.[3] In 2010 Berlin announced a new energy strategy to 2050 [4] that mainly consisted of a shift to renewable energy. Renewable energy depends on geography and nature, the sheer size of Germany and its large industrial requirement, dispersed across the country will require transportation from energy sources to where it will be used. Going forward, Germany’s dependence on energy imports will not be reduced by a shift to renewable energy and a regular secure supply of energy is crucial for any aspiring power.

Another huge challenge for Germany is its shrinking and aging population. This will affect the size of its labour force and the size of its military, and fundamentally its ambitions and ability to be a world power. By 2060 Germany’s population is expected to shrink from the current 82 million to 65 million, and its current labour force of 50 million is expected to drop to 33 million.[5] Half of Germany’s population will be of retiring age by 2060! Currently, Japan has become the world’s largest indebted nation due to having a sizeable population over the age of retirement.[6] Historically, having a sizeable population and labour force has been central to becoming a global power, whether it was through slavery or conquest (as has been the case in Germany’s history); hence this trend does not bode well for Germany. Germany may find its influence and capability weaken as nations with more secure demographic trends such as France, Britain and Turkey strengthen. 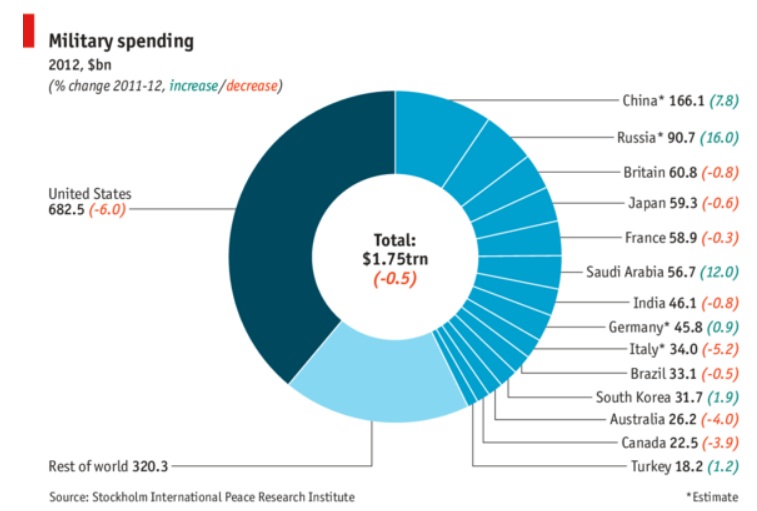 Despite being the world’s third-biggest arms exporter, the German military since WW2 has been configured entirely for defence purposes. Germany’s current crop of military leaders lack any offensive experience and have only operated as part of NATO or coalitions when they have ventured abroad. Germany’s military industry produces mainly armoured vehicles, with submarines and warships. It has not produced its own fighter jet, contributing to the Eurofighter typhoon instead. Germany has only recently moved to a fully professional force, ending decades of conscription. The rapid development and expansion of its military was central to German power in the past. Germany was even able to rapidly rearm after the terms of its defeat in WW1 put numerous restrictions on its military. For the moment, aside from partaking in coalitions and NATO, German leaders have not shown any plans on how they will transform the German military.
Germany’s biggest strength is its economy. It is one of the largest economies in the world and is the economic powerhouse in Europe. Until the recent rise of China, Germany was regularly the world’s largest exporter. The German economy has excelled in the production of automobiles, machine tools and chemicals. Germany ensured the European common market was configured in a way that the entire continent remains a market for German exports. Although the service sector makes up 70% of Germany’s economy, [7] its strength is in manufacturing. German industry is dominated by small to medium sized manufacturing firms, which specialise in technologically advanced niche products. Germany is well placed to expand economically, since it has the necessary infrastructure and can fund a rearmament programme in order to fulfil ambitious global ambitions.
Germany faces significant challenges to transition into a global power. Germany’s history has shown however, that it has always eventually overcome these, completely shifting the global balance of power as a consequence. German expansion has historically been based on superiority or competition over resources with other powers. Where Germany really lacks capability, is in the realm of values and culture, to which Germany has not developed or contributed much. It is individual Germans rather than Germany as a nation that is known for its contribution to philosophy. Unlike the US, France or Britain who have various liberal values driving their foreign policies, Germany focussed on becoming a trade powerhouse and has never really exported any of its values abroad. Whilst Germany is a Capitalist state, unless it develops its own culture that it can export, it will find itself unable to challenge other nations, although economically it may dwarf them in size.
[1] http://www.theepochtimes.com/n3/477231-germany-considering-more-active-foreign-policy/#?photo=2&_suid=1391163578375014083839038024615
[2] http://www.naturalgaseurope.com/germany-russia-energy-diplomacy
[3] http://www.bbc.co.uk/news/world-europe-13597627
[4] http://www.carbonbrief.org/blog/2013/07/the-energiewende-an-introductory-look-at-germany%E2%80%99s-energy-transformation
[5] https://www.destatis.de/EN/Publications/Specialized/Population/GermanyPopulation2060.pdf?__blob=publicationFile
[6] http://www.eastasiaforum.org/2012/06/21/japans-aging-population-and-public-deficits/
[7] CIA Factbook, 2012