By Shafiul Huq Muslims in the Chinese province of Xinjiang are victims in their own homeland, suffering under the yoke of a repressive government. This year, the Chinese government criminalized fasting during the month of Ramadan for Muslims in Xinjiang. And on the eve of Eid ul-Fitr, clashes with security forces left three Muslims dead and several injured. Although the Muslims in Xinjiang have been suffering for a long period of time, their plight has...
8th November 20135 min 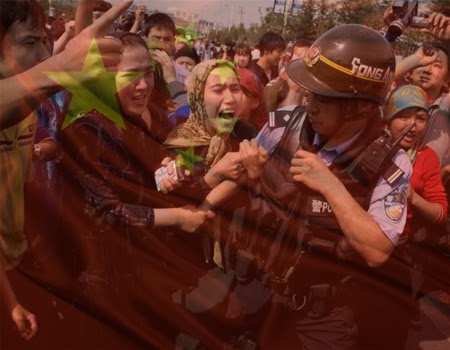 By Shafiul Huq
Muslims in the Chinese province of Xinjiang are victims in their own homeland, suffering under the yoke of a repressive government. This year, the Chinese government criminalized fasting during the month of Ramadan for Muslims in Xinjiang. And on the eve of Eid ul-Fitr, clashes with security forces left three Muslims dead and several injured. Although the Muslims in Xinjiang have been suffering for a long period of time, their plight has received little international attention except on rare occasions. 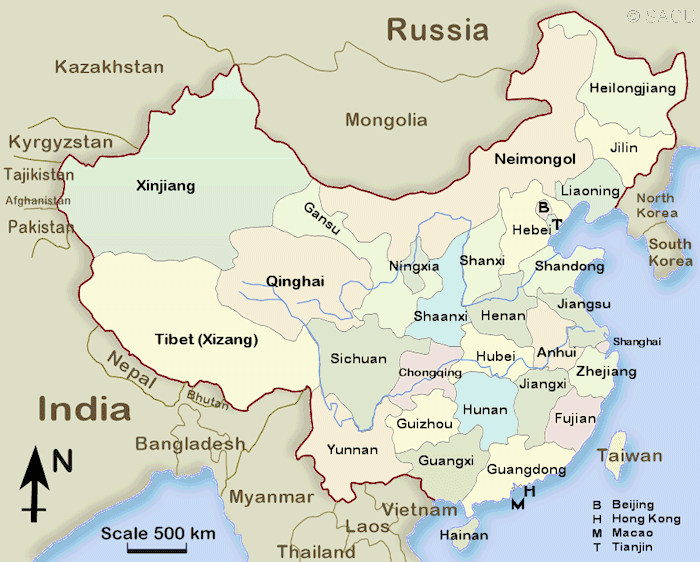 Xinjiang comprises a large part of western China and is rich in oil reserves. It has a Muslim majority population, most of whom are Uyghurs of Turkic origin. They speak the Turkic-Uyghur language and are culturally quite distinct from the Han Chinese. Muslim presence in China dates back centuries. There are even reports of Sa’ad ibn Abi Waqas, a relative and companion of the Prophet Muhammad, travelling to China and inviting the Chinese emperor to Islam. The Great Mosque of Guangzhou, which still exists today, is thought to have been built by Sa’ad.[1]
Muslim presence in China was relatively calm until the Manchu (Qing) dynasty began persecuting Muslims for their religion. The Muslims rebelled against the Manchu government a number of times but the rebellions were brutally crushed. Matters got worse under the Communist government of Mao Zhedong when Islam was specifically targeted, many mosques and Islamic schools were closed and Muslims were tortured and killed.[2]
Although the current Chinese government claims to offer fair and equal treatment to its Muslim population, Muslims in Xinjiang have been victims of systemic discrimination and persecution. The government has clamped down on the Uyghur’s religious practices under the guise of fighting extremism. This Ramadan, students and workers at education institutions, and government employees in Xinjiang were not allowed to fast.[3] Islamic discussions, classes and gatherings were banned. Muslims were restricted from going to mosques outside their residential areas, prayers at mosques had to be held at stipulated times, and mosques were under constant surveillance by security forces. These measures have supposedly been taken in response to clashes between Uyghurs and the police earlier this year. However, the deadliest violence that occurred in recent times in Xinjiang was in 2009 that led to the death of over 150 people and more than a thousand being injured.[4] Many Muslims have disappeared since then and their families are still being harassed by security forces.[5]
The government blames the unrest in the region on Islamic extremism, while conveniently ignores its discriminatory policies against the Uyghurs that serve as the main cause for their grievances. The government provides huge economic incentives to the Han Chinese to settle in Xinjiang, which the Uyghurs do not have access to. These incentives involve grants for seeds and fertilizers and free farm equipments. Some Uyghur farmers complain that the government is restricting their access to water supplies whereas the Han farmers are given access to water. Some Uyghurs are also being forced to sell their lands due to the ‘kaifa’ policy that allows the government to seize lands without compensation if they are too close to the city. However, the Han Chinese usually do not face this problem and they also have the resources to urbanise their lands very quickly if required, something that the Uyghurs lack.[6] Such incentives to the Han Chinese and discrimination against the Uyghurs have resulted in a great shift in the demographics of the region. In 1945, Uyghurs made up 80% of the population, whereas currently they are only 43%.[7]
Despite such persecution of the Uyghur Muslims, leaders of Muslim countries have not taken any action against China. The Organisation of the Islamic Conference (OIC) has occasionally raised some superficial concerns, which hardly count as anything more than empty words.[8] The silence and inaction of the Muslim rulers over the suffering of the Uyghurs is yet another shameful example of their apathy towards the plight of Muslims.
[1] http://islaminchina.info/the-first-mosque-in-guangzhou/
[2] http://www.helium.com/items/1616423-the-history-of-the-muslims-under-manchu-rule-in-china?page=2
[3] http://www.albawaba.com/news/china-bars-xinjiang-muslims-ramadan-fast-509133
[4] http://www.theguardian.com/world/2009/jul/09/china-uighur-han-violence-urumqi
[5] http://www.rfa.org/english/news/uyghur/gift-09062013150107.html
[6] http://www.rfa.org/english/news/uyghur/farmers-03112013164151.html
[7] http://groundreport.com/how-to-legally-suppress-a-people-the-chinese-way/
[8]http://www.wam.ae/servlet/Satellite?c=WamLocEnews&cid=1290006075895&pagename=WAM%2FWAM_E_Layout&parent=Collection&parentid=1135099399958
previous

Pakistan on the Verge of War?